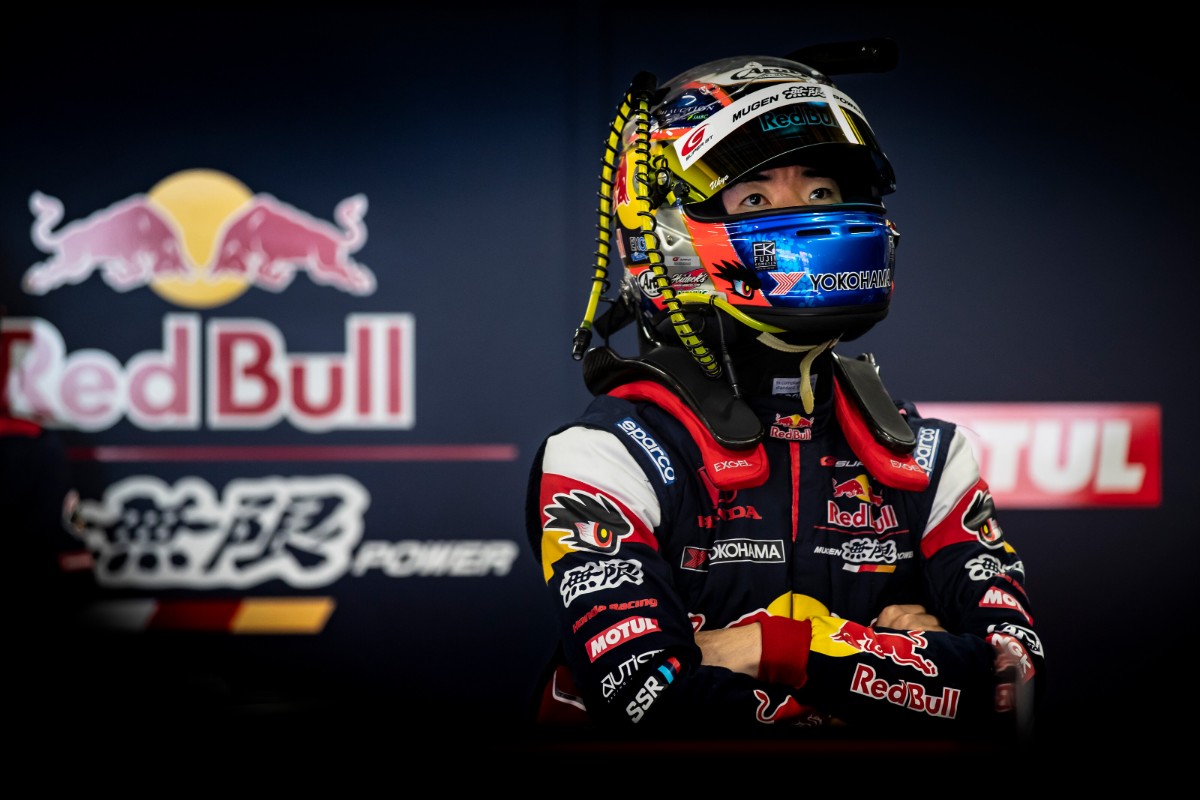 Red Bull has spent several years working with its F1 engine supplier Honda now and is supporting Japanese talent. In Super Formula’s season opener, there are four drivers racing with unique links to the brand

Beyond the series that had to shut shop entirely for 2020, Super Formula has been one of the hardest hit by the coronavirus pandemic when it comes to getting drivers on the grid – and that’s mostly been down to Japan’s strict travel restrictions on visiting foreign nationals (all but banned for some time) and locals returning from a long list of countries.

The series itself actually held out by running one of its pre-season tests, not to the glee of all drivers, as the COVID-19 epidemic grew into a pandemic and the rest of motorsport halted action. Soon after it was the same story in Japan though, with the cancellation of the second pre-season test and the postponement of pretty much the whole season.

A seven-round calendar has been restored, with Japanese Grand Prix venue Suzuka holding a double-header in December but losing both of its traditional spots as the season opener and closer. Twin Ring Motegi inherits the first of those spots and runs this weekend, and will be notable not only for its late start but for the absence of two highly anticipated talents.

Red Bull junior Juri Vips came short of qualifying for an FIA superlicence during his time in FIA Formula 3 last year, but a one-off in Super Formula with Team Mugen as a replacement to two of his stablemates was encouraging enough for Red Bull to find him a full-time seat in the series for 2020. At the same time, it placed its Honda junior Yuki Tsunoda in Formula 2.

Originally bypassing F2 seems to have been a doomed call, with Tsunoda enjoying a successful rookie season in the series while Vips has had to step down to Formula Regional European Championship to earn superlicence points due to failing to acquire a work visa to enter Japan. 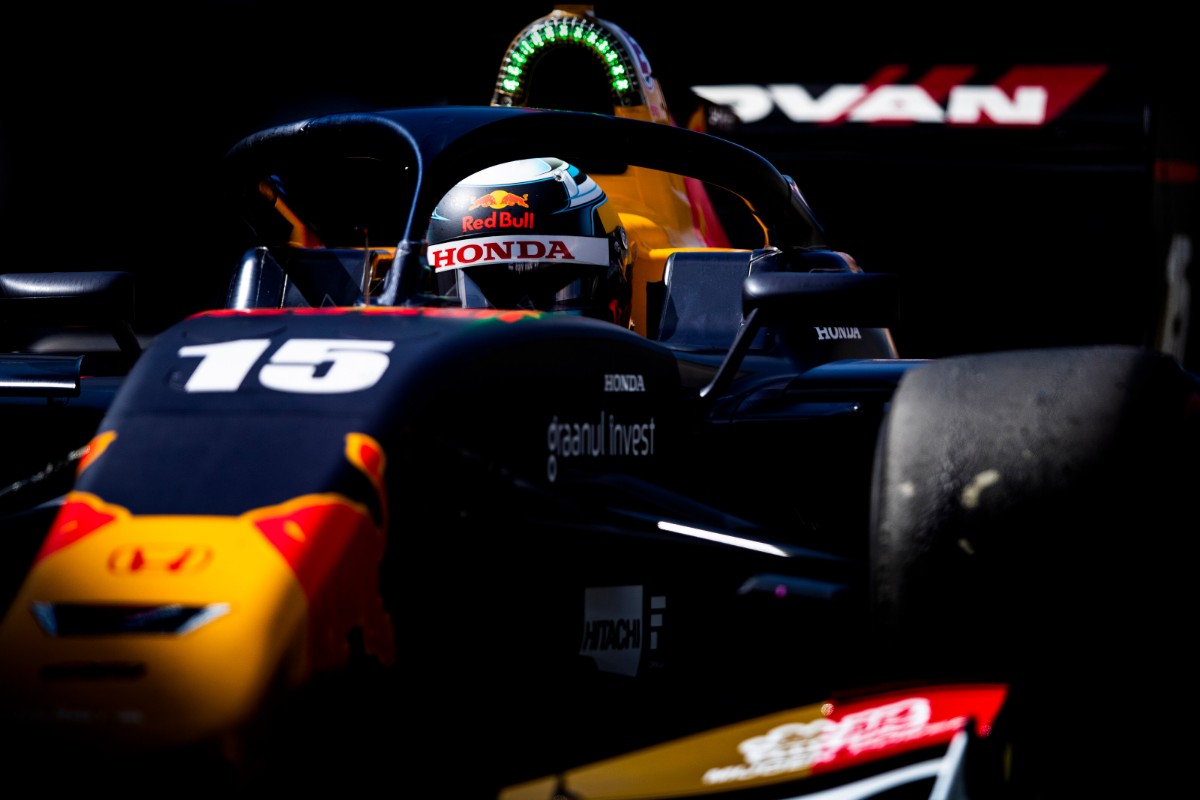 That programme has been in an “unprofessional” setting according to Vips, with engine issues and unreleased brakes meaning he was only fifth in the points after six races. Now, thanks to the poor luck of Sean Gelael, he’ll be able to prove himself in F2 with DAMS alongside ex-Red Bull junior Dan Ticktum, who he effectively replaced last year in SF.

And with Vips making his F2 debut in Belgium, it means somebody else is making their SF debut in his place at Mugen.

Ukyo Sasahara was Asian F3 champion with Hitech GP last year and won three races this season as a guest driver. He’s better known by junior single-seater fans for rivalling current F2 stars Jack Aitken and Louis Deletraz in Formula Renault 2.0 back in 2015, but his move up to FIA European F3 a year later only lasted two rounds and he had to rebuild his career from the bottom back in Japan, initially as a Honda junior.

Last year he won the inaugural Motorsport Games GT Cup for his home country and the Porsche Carrera Cup Japan title in addition to his F3 success, and this eased his path towards a first professional drive with Mugen in Super GT. He got that seat by seriously impressing ex-F1 driver and Mugen team boss Shinji Nakano, who rates the 24-year-old as capable of being Japan’s next F1 driver and unsurprisingly had him as his first pick for SF once it was clear Vips would be unavailable.

Vips will get to race against Tsunoda at Spa-Francorchamps and Monza over the next two weekends, the repeat of a duel they could only have in FIA F3 last year at the expense of Tsunoda’s clashing Euroformula commitments. The driver called up to stand in on that occasion was Honda junior Toshiki Oyu.

The 22-year-old won the JAF Japan F4 titles in 2016 and came third in the FIA series. His second year in the category wasn’t a huge improvement, finishing behind Super Formula Lights title favourite Ritomo Miyata, Sasahara and Tsunoda. 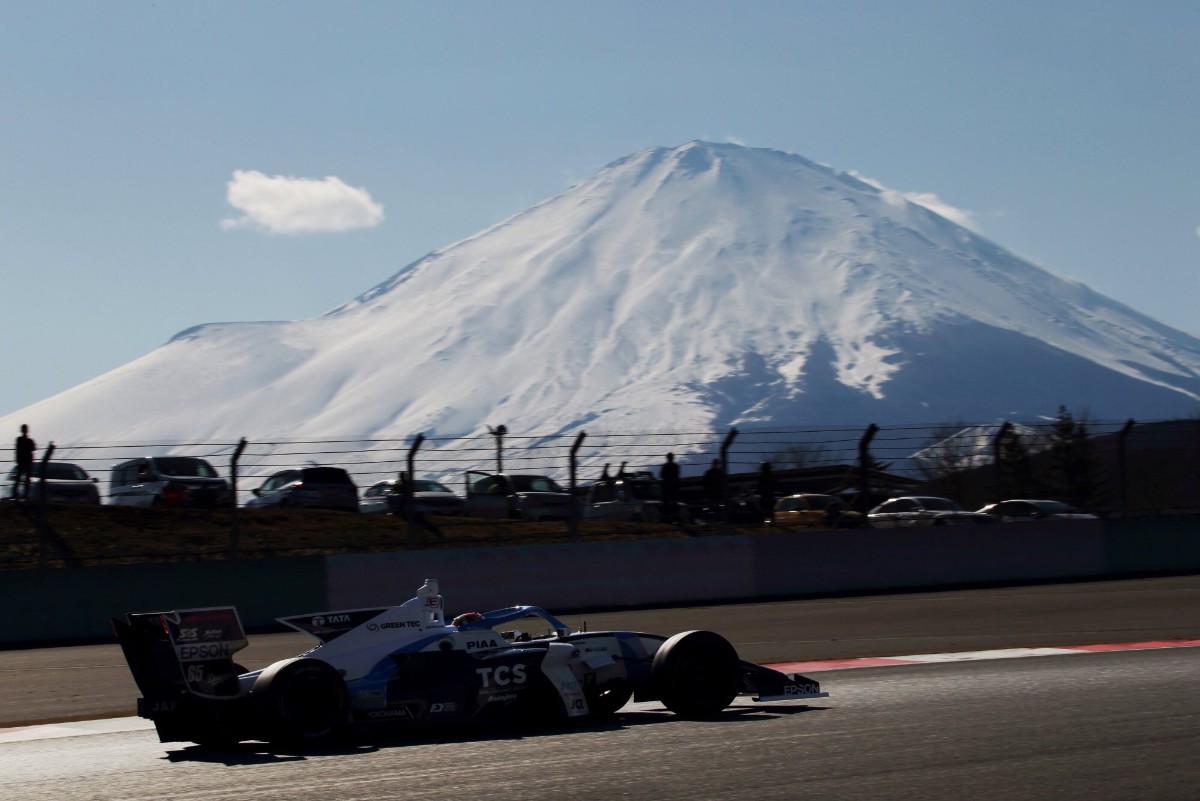 Oyu was then put in Japanese F3 with Toda Racing, which runs a self-built engine and has rarely rivalled the might of Toyota-backed TOM’S or B-MAX Racing. In two seasons he picked up one win, but took two in his Euroformula cameo in the UK.

He had one test day before visiting Silverstone, where he left with two wins, two poles, the track record and interest from Dr Helmut Marko to put him in Red Bull colours permanently (rather than borrowing Tsunoda’s) for 2020. Alex Palou’s decision to leave Nakajima Racing’s SF line-up to move to IndyCar ended those plans though, with a rapid test showing prompting Satoru Nakajima to sign Oyu as his replacement.

His test pace with the resurgent team has been very encouraging, and being able to turn that into success in the races should be an easier job than the one Palou and Tadasuke Makino faced last year as the loss of compulsory pitstops this season effectively turns the races into lengthy sprints that lend themselves to the team’s single-lap strength.

Once Oyu’s step up to Japan’s premier series was confirmed, it was decided at the same time to bring Tsunoda’s Euroformula rival and fellow Honda junior Teppei Natori back to Japan to take Oyu’s place at Toda in the rebranded SF Lights.

While also a winner in Euroformula, his transition to the next-generation Dallara 320 in SF Lights testing has been indicative that he won’t be outperforming Toda’s usual place in the pecking order. And his efforts to change that may be put on an early back foot after his sponsors secured the 19-year-old an SF drive for Motegi at the last minute at B-MAX Racing with Motopark.

Not only will this mean he’s on double duty, doing four races in a gruelling shortened weekend schedule, but also comes after only first sampling the Dallara SF-19 in Friday’s pre-event test. He’s replacing Red Bull’s F1 reserve driver Sergio Sette Camara, who along with team-mate Charles Milesi cannot make it to Japan, meaning B-MAX will only be running one car. 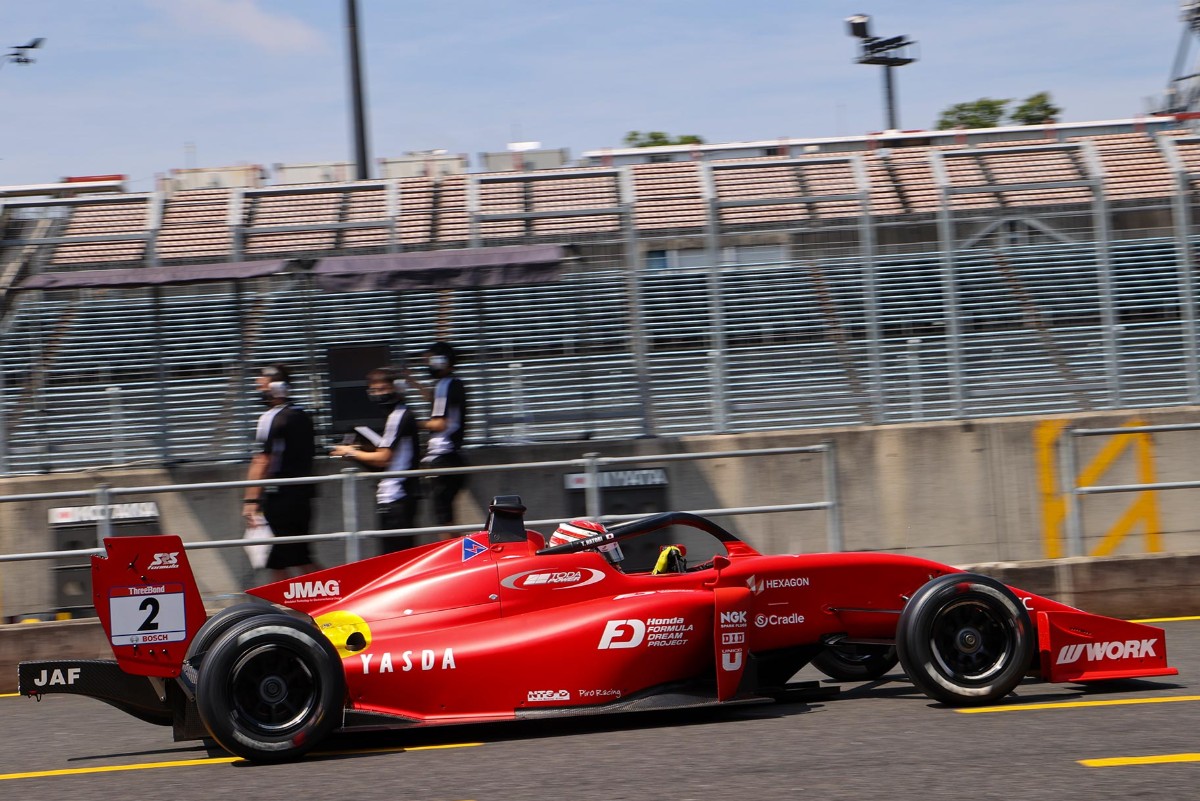 The most high-profile of these Red Bull stand-ins, both in personal reputation and in situation, is two-time SF champion Naoki Yamamoto. Still scantly known outside of Japan, the 32-year-old took over the AlphaTauri (nee Toro Rosso) of former SF team-mate Pierre Gasly for the first free practice session of the 2019 Japanese GP, as Red Bull evaluated whether to accommodate him into their F1 plans further – and whether the solely Japan-based Yamamoto wanted to.

He ended up less than a tenth off the pace of Daniil Kvyat, who was retained for 2020 alongside Gasly, leaving Yamamoto free to concentrate on claiming a third SF title. Last year he ended his long association with Mugen to join Dandelion Racing, and the move very almost secured him back-to-back crowns.

His emotional defeat to Nick Cassidy, who sits on the Toyota side of Japan’s manufacturer rivalry and is a Red Bull athlete, could swing back in favour of the more experienced driver as his New Zealand-born rival has had an off-season heavy on distractions and company politics. While Cassidy has drawn first blood in their parallel Super GT rivalry, he’s already required to start preparing for his rookie Formula E season with Virgin Racing, which starts less than a month after SF concludes.

While he has not been a stand-in anywhere for some years, there’s one other Red Bull-linked driver on the grid: Ryo Hirakawa.

He shares a TOM’S car with Cassidy in Super GT, but races for Team Impul in SF and has reasons to look forward to this weekend. In pre-season testing he headed Dandelion’s Nirei Fukuzumi, Oyu and Yamamoto at the front, and is returning to the venue of his popular first SF win last year; his fifth season since debuting as reigning Japanese F3 champion in 2013.

Further reading
What is Super Formula?
WEC stars given Japan entry in time for Super Formula opener
The response from Super Formula pre-season testing
Why 2020 could propel Sacha Fenestraz back into F1’s view
Why Red Bull should end its Super Formula experiment
Dan Ticktum on the story of his Red Bull exit
Nick Cassidy: The secret Red Bull superstar F1 cannot ignore