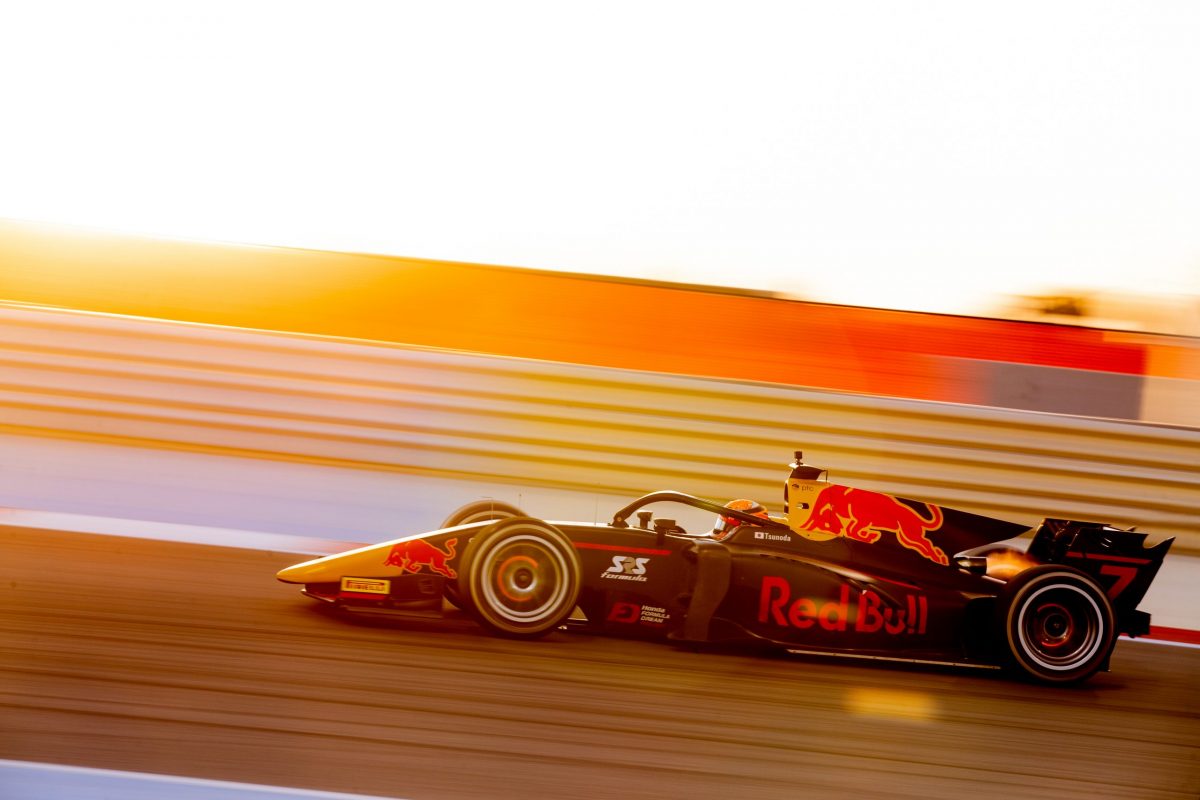 Formula 2 title contender Yuki Tsunoda is feeling confident heading into the season-ending Bahrain rounds after he and Carlin team-mate Jehan Daruvala starred at the circuit in pre-season testing.

Daruvala was second fastest over the three-day test, with Tsunoda down in 16th place. On race pace the Japanese driver looked far more competitive compared to his team-mate, who was fastest of anyone, and the data gathered from the test has left both drivers feeling encouraged about the upcoming races.

“The rookie test at the beginning of the year went really well,” Tsunoda said. “We’ve already got positive data from there and that gives us the confidence that we should have pretty good pace.

“Of course I always want to do well, I am going to carry on like I have been all year, focus on things lap-by-lap, session-by-session and not think too much about the championship. That is what I have been doing from the start of the year. It has been getting more difficult to do that but that is what I will try to do.

“It’s a medium-speed, medium-downforce track, some fast corners, some mid-speed and also slow speed corners. It’s technical and quite low grip because of the sand. It’s easy to spin the tyres but I like the track and went well there at the test.

“Braking is very important at the track and that is a strong point for me, and I had a good feeling from the beginning of the year. I will try to use that experience and do the best to crack on.”

Despite making an impact in testing, Daruvala’s season hasn’t followed the same path as fellow Red Bull junior Tsunoda and currently lies 15th in the standings – but heads to Bahrain off the back of his highest-scoring weekend yet in Sochi.

Together with the strong running before the season got underway, the result leaves Daruvala sharing his team-mate’s confidence heading to Bahrain.

“We’ve had a couple of months off so obviously I’m really looking forward to get back to driving. I think that Sochi was a big step forward for me personally and things went quite well there.

“Also pre-season testing went well for us in Bahrain as a team so I think that we should be pretty strong through the next two weekends. Honestly I’m just looking forward to getting back in the car and pushing the limits.

“It is good to have two different layouts and we’ll see who can adapt better.

“I have never raced here but I’ve been here quite a few times and done a good number of laps testing. I’ve always gone quite well, I pretty much know what to do to be fast round here. So if I can execute my plans I am quite sure I can be competitive and fight at the front.”