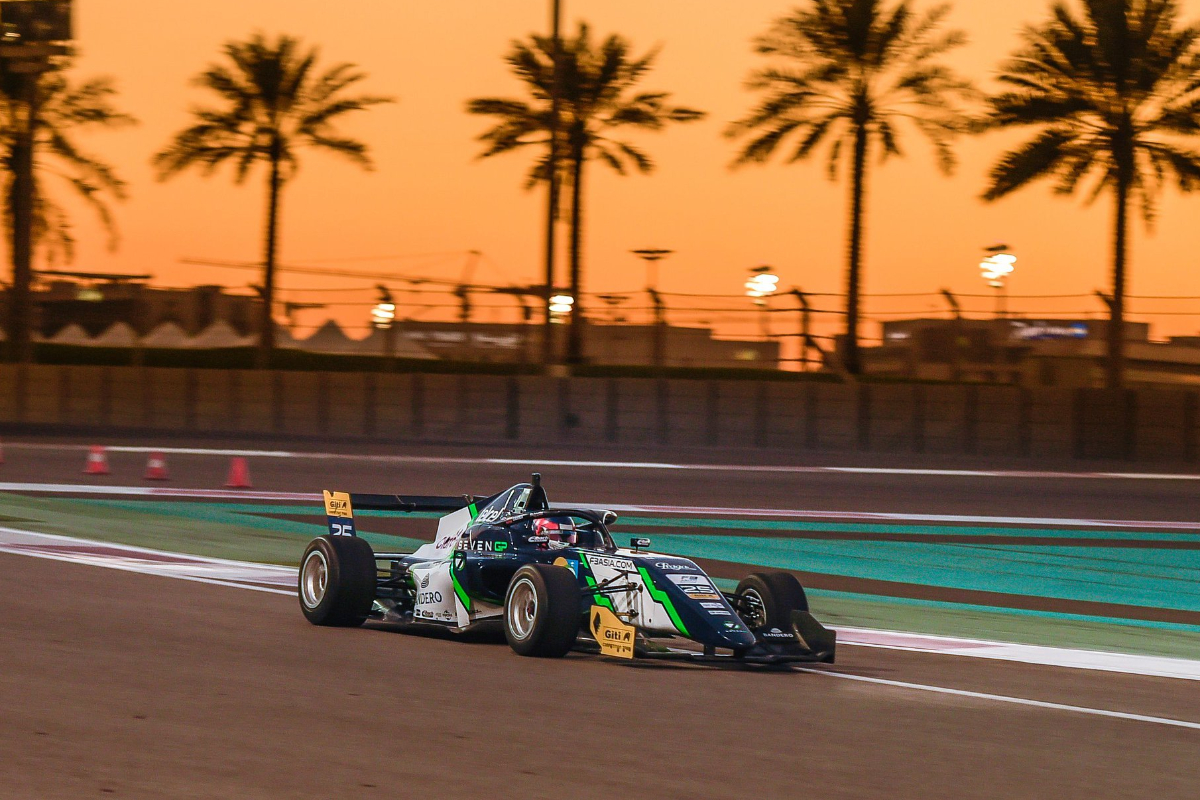 Asian Formula 3 is expecting a grid of at least 16 cars for its 2021 season, which will be taking place over five rounds exclusively in the United Arab Emirates.

The series is set to attract several new teams from other Regional F3 championships, with Formula Regional European Championship’s KIC Motorsport and DR Formula in talks to be joining the field.

After making one appearance last year, the Prema-linked Abu Dhabi Racing will now contest the full season with two cars. Former Italian Formula 4 racer Amna Al Qubaisi is set to drive one of those entries.

Formula Scout understands 12 drivers have already signed up for the season, including Al Qubaisi, with the first announcements set to be arriving next week.

Hitech GP will have the biggest presence on the grid with a four-car entry, with Absolute Racing, BlackArts Racing and Pinnacle Motorsport likely to be running three drivers each.

The Mexican-registered SevenGP outfit, which in the past has run Tatiana Calderon and Jamie Chadwick, is believed to be expanding to two cars, while Hitech Technologies – a sister company to the racing team – is supporting a one-car entry in the championship for Emirati karting squad Motorscape.

Chinese squad Zen Motorsport and Indian outfit M-Sport Asia also plan to race in the series, although little is currently known about the progression of their entry plans as pandemic-imposed travel restrictions still impact East Asia.

The FIA has reitorated its support of the series’ FIA superlicence points allocation if that ends up being the case, with eligiblity for superlicence points usually requiring visiting a larger number of circuits over a season. However as a result of the impact the COVID-19 pandemic has had on motorsport calendars, certain rules have now been relaxed by the FIA.