Trummer to continue with Rapax in 2014 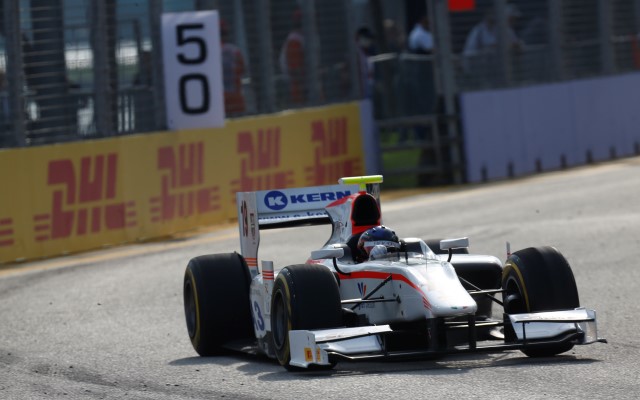 Simon Trummer will continue to drive for Rapax in GP2 next year, the Italian team have confirmed ahead of this weekend’s final round of 2013.

The Swiss driver moved across from Arden to Rapax for his second campaign in the category this season. He scored points in the opening three races of the year and again in the two Hungaroring races, managing a best result of sixth place.

“Continuing my motor racing career in the GP2 series is such a great thing, and doing it with Rapax, a team that feels like home to me, makes it even greater,” said the 24-year-old.

“We had a good start this season, and after that we had to work and fight a lot. I know that together with the them, thanks to hard work and commitment during the winter, we can put together a really good season next year.”

Rapax boss Andrea Bergamini added: “During this season, Simon merged with the team in perfect fashion and showed constant growth in professional terms.

“For Team Rapax as a whole, carrying this experience on to 2014 is great news because we will be able to contribute to the growth of a strong driver who also has great team spirit.”

Trummer is the first driver officially confirmed to race in the series next year.