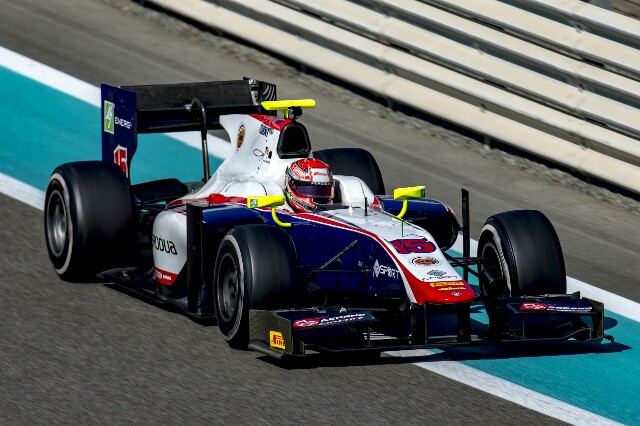 Trident has named Nabil Jeffri as its first GP2 driver for the coming season.

The Malaysian switches from the Arden team with which he contested his rookie GP2 campaign last year, when he picked up his only points finish in the chaotic Baku sprint race.

Jeffri’s step up to GP2 followed three years at Formula 3 level, and three years in Formula BMW machinery prior to that.

The 23-year-old tested for Trident in Abu Dhabi in December.

“We were really impressed by his progress in terms of results despite he only ran with us in the final day,” team manager Giacomo Ricci said.

“We started working together in mid January and we are convinced that, benefitting with all the work done so far, Nabil will be really competitive from the first time on-track at Barcelona.”

Jeffri added: “Giacomo has been incredibly kind and supportive with me since the beginning and I love working with every single member of Team Trident.

“My goal is to do a great job with the team?s technical staff and aim for the top-10.”

While race-winner Luca Ghiotto has moved to Russian Time for 2017, his former team-mate Philo Paz Armand has been linked with a continued place in the Trident line-up.

The Indonesian was the only full-time driver to rank below Jeffri in last year’s standings.