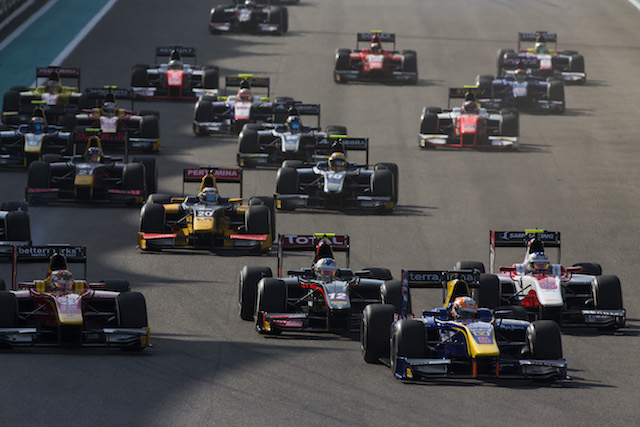 The move for the GP2 Series to become the FIA Formula 2 Championship has been approved ahead of the 2017 season.

The change, agreed between the FIA and the Formula One Group, has been approved by the FIA World Motor Sport Council in Geneva on Thursday.

It comes a little over six weeks after Liberty Media completed its acquisition of Formula 1’s commercial rights. That deal included control of GP2 and GP3, with the former having been part of previous owner CVC’s portfolio since 2007, following its conception ahead of?2005?by Bernie Ecclestone and Flavio Briatore.

After introducing its Formula 4 concept and the?Formula 3 European Championship, re-establishing a Formula 2 series became a priority for the FIA single-seater commission (following the demise?of the F2 category run by Jonathan Palmer’s MotorSport Vision company from 2009 to 2012).

In mid-2015 it was revealed that GP2 organisers had applied to the FIA to run its proposed F2 championship, but no deal was completed under the previous ownership.

?I am very pleased to announce the evolution of the GP2 Series to become the FIA Formula 2 Championship,” recently-appointed F1 CEO Chase Carey said.

?Junior categories and especially the upcoming F2 Championship are strategic activities for the Formula One Group.

?We are delighted to strengthen them through this agreement with the FIA.?

?We are delighted to have been able to work with the Formula One Group, to introduce F2 and benefit our sport.?

Bruno Michel, who remains CEO of the renamed series, added:??The FIA has fully embraced GP2?s core values which will now be adopted by Formula 2; a powerful, safe and challenging car, enthralling races, and a training ground to enter Formula 1 with a particular focus on cost control.

?This is a great opportunity for our drivers, our teams and our partners.?

With the championship now coming under the FIA’s jurisdiction, the WMSC confirmed the 11-round calendar published by the series in January that includes a stand-alone penultimate event at Jerez.