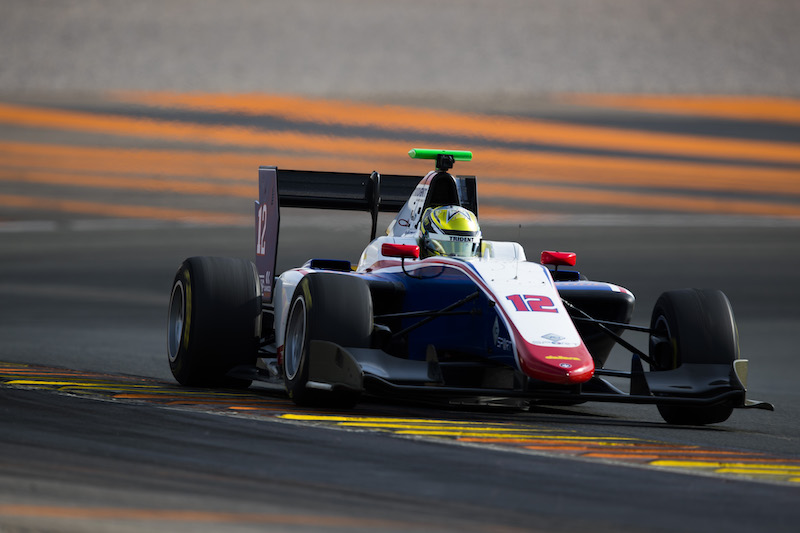 Trident has firmed up its line-up for the 2017 GP3 season with the signings of ex-Formula 3 racers?Dorian Boccolacci and Ryan Tveter.

Both drivers have been with the Italian squad throughout pre-season – with Boccolacci going fastest of all at two of the three tests – but have only had race seats confirmed a week before the campaign begins at Barcelona.

After a year in F3, former Lotus Formula 1 junior Boccolacci stepped down to Formula Renault last year and took second in the Eurocup and third in the NEC.

“It is a new and challenging series for me considering the high level of the competition,” said the 18-year-old Frenchman.

“I feel very confident after all the work done together with the team?s technical staff.

“They enabled me to perform at the very best during preseason testing.”

“The chemistry with Trident has been great from the start and we?ve worked really well together since my first GP3 test in Abu Dhabi at the end of the season last year,” he said.

“With a strong pre-season testing under our belts, I’m feeling happy, confident, and well-prepared for Barcelona and the season ahead.”

The pair join Kevin Jorg and Giuliano Alesi in the Trident line-up for this season, with the outfit again joining ART Grand Prix by running a full complement of four cars.

“We have four extremely strong drivers and I?m sure they will work well together and provide the team with a great contribution in order to fight at the top of the pack, which is a tradition for Team Trident in this challenging championship,” team manager Giacomo Ricci said.

The Trident announcement takes the number of drivers confirmed for the season up to 17. Campos Racing also ran drivers in testing that it has yet to confirm, in Marcos Siebert and Raoul Hyman.