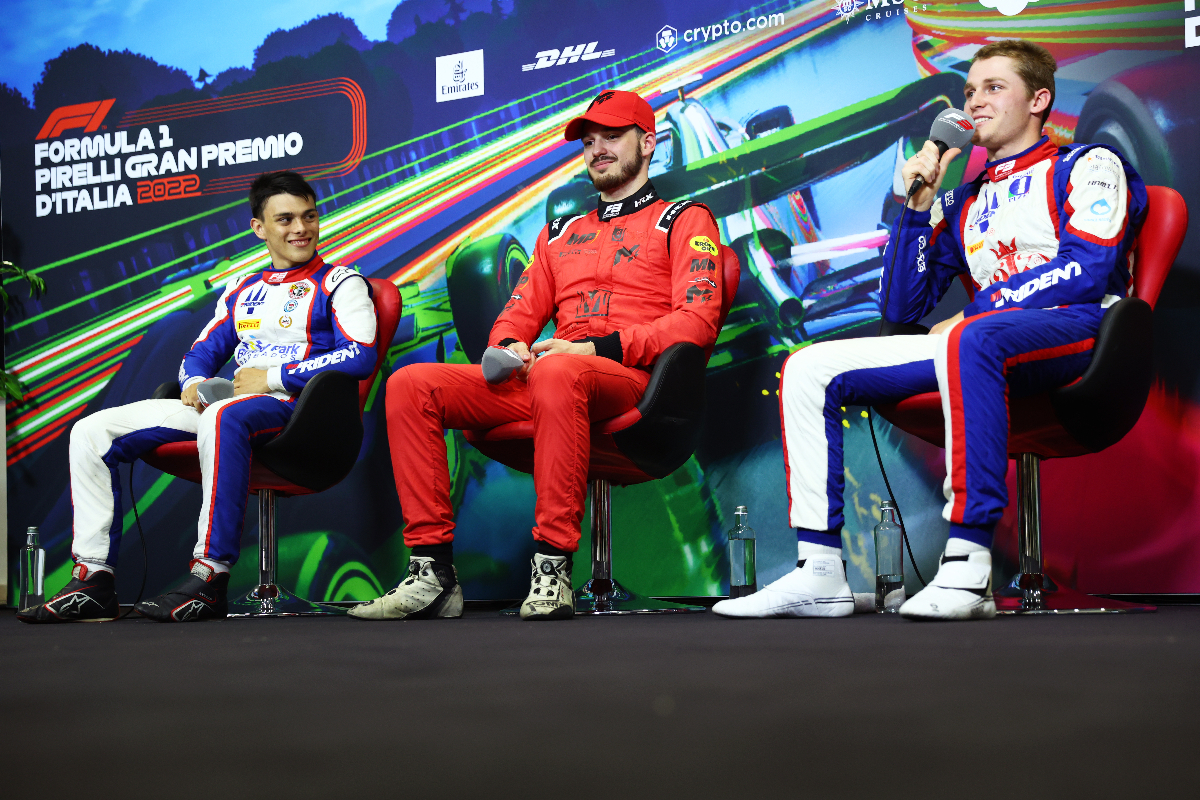 Trident’s Zane Maloney and Roman Stanek could be the top title contenders on the grid for FIA Formula 3’s season finale after a strong but messy qualifying.

The pair qualified second and third for Sunday’s feature race, and lie fifth and third in the standings respectively.

While Stanek will definitely remain in contention by then, Maloney cannot concede too many points to the drivers ahead in the standings in Saturday’s sprint race to keep himself in the title fight.

Of the all-important qualifying session, Maloney said: “There was a lot of chaos. I think we all started the engines at least four or five times [in pitlane] trying to trick each other, play some games.

“Once we got on track, initially it wasn’t so bad, but the problem here with Monza is you can still push in the two Lesmos if you’re the car ahead and you know you’re not on a push lap, you can still push and kind of ruin the guy behind, his lap.

“A lot of that was happening out there, so it was very difficult. But we were expecting it coming in.”

Maloney added qualifying was “a bit more safe than what was expected”, while Stanek was expecting “much, much worse”.

“It was a big battle, especially in the pits, because we kind of did outlap and then we boxed,” he said.

“MP Motorsport, they did a very good strategy, they were stopped on the place, and everyone stopped and then they went [on track]. So they did a good job. There was some guys who ruined my lap, so it was tough. But it’s racing, we’re P3 from it. I’m satisfied with P3.”

On how Trident determined which order to send its drivers out, and therefore who got a tow from who, Maloney explained it was done in car number order, with Edgar leading Stanek and then himself.

“So far it’s worked very well this season, and especially when we’re fourth in the pitlane, all of us have a car to follow,” he said.

Stanek added: “I’m behind Jonny, so for me it’s quite easy to follow him. My rule is just to stay behind him and try to take the slipstream. But it was a bit tricky this quali, because we all mixed up somehow, and I didn’t have the tow from Jonny so I had to find another tow, and this compromised my fight for the position.”

Stanek eventually got a tow from Edgar, but it wasn’t quite to plan as he ended up going side-by-side with him into turn one.

“Basically I did the first push, which I felt the tyres were there. I catched him in the end of the lap, so I took the slipstream and I knew my next lap would be already compromised by this, so I just kept going to not block anyone behind me.

“I kept going, but I was like one to 1.5 seconds slower because I didn’t want to race him.”