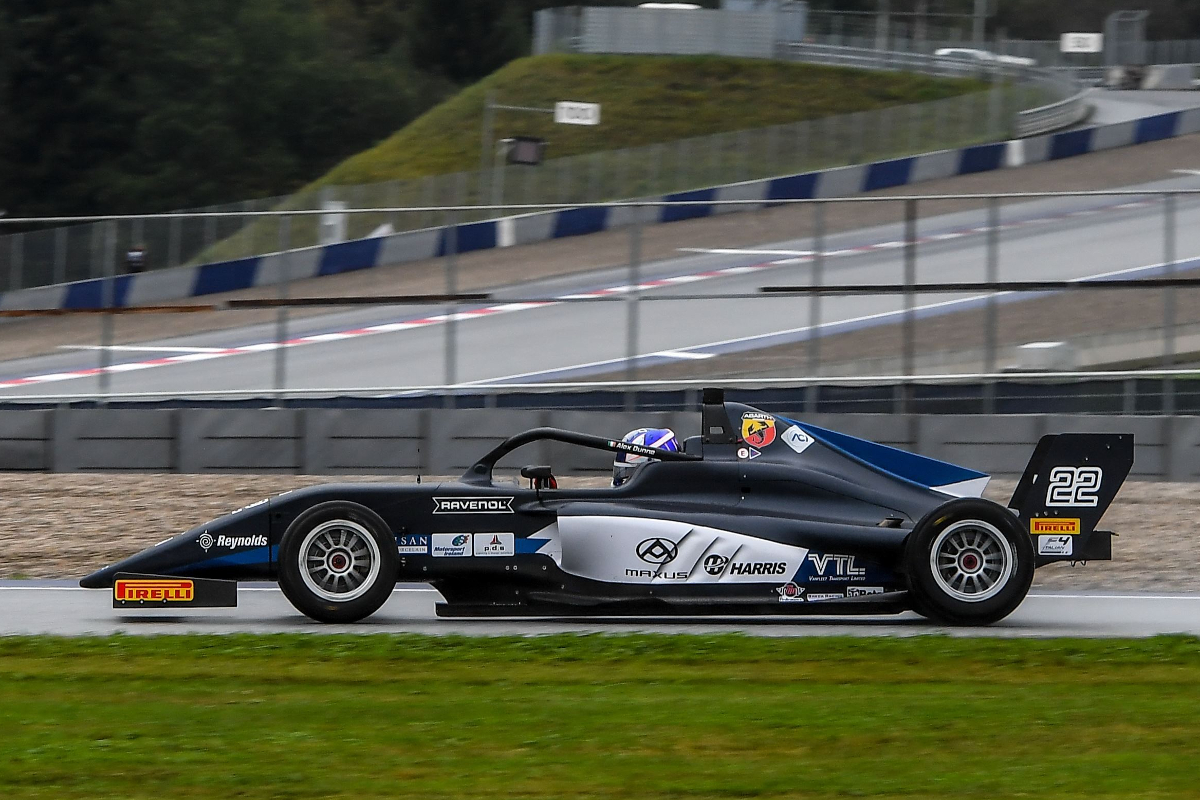 US Racing’s Alex Dunne held off Prema’s James Wharton to win a chaotic first Italian Formula 4 race of the weekend at the Red Bull Ring.

Dunne and Wharton started third and fifth on what was a wet track, with Prema’s Rafael Camara and debuting Ugo Ugochukwu filling the front row.

PHM Racing’s Taylor Barnard was fourth on the grid, but made a great start to immediately attack Ugochukwu. He got through into second, and Dunne was then able to attack Ugochukwu while also trying not to lose to Wharton.

US Racing’s Marcus Amand also came to a stop after running off, and only after almost causing a pile-up at Turn 6, and Stenshorne picked up a right-rear puncture that required him to pit.

The resultant safety car period lasted until the end of lap four, by which point the sun had come out, and Barnard took the lead exiting Turn 3 on lap five as Camara ran wide. Camara then made at Turn 4 to try to reclaim the place, and he, Barnard and Dunne were then three-wide going into Turn 6.

Camara ended up losing his front wing as they tried entering the corner together, Barnard also picked up damage and plummeted down the order, and Dunne emerged as the leader ahead of Wharton, US Racing’s Nikhil Bohra and Ugochukwu.

Both Camara and Barnard were able to make it to the pits for repairs, but were now both way out of points contention.

Ugochukwu passed Bohra for third at Turn 3 on lap six, and set about pursuing the top two who were also getting closer together. Initially Dunne had a gap of just under a second to Wharton, but he halved that before they spent several laps fighting almost wheel-to-wheel for the lead.

Dunne’s defensive work not only kept him ahead but also enabled Ugochukwu to home in on the quicker, and once he started attacking Wharton in the last few laps it gave Dunne a little bit of breathing room. On the last lap the battle for second got really tense, and meant Dunne could break away by 2.5s for his second win of the season.

Wharton just held off Ugochukwu for second, and Bohra finished a distant fifth after being passed by a charging Bedrin who had also got by R-ace GP’s Adam Fitzgerald.