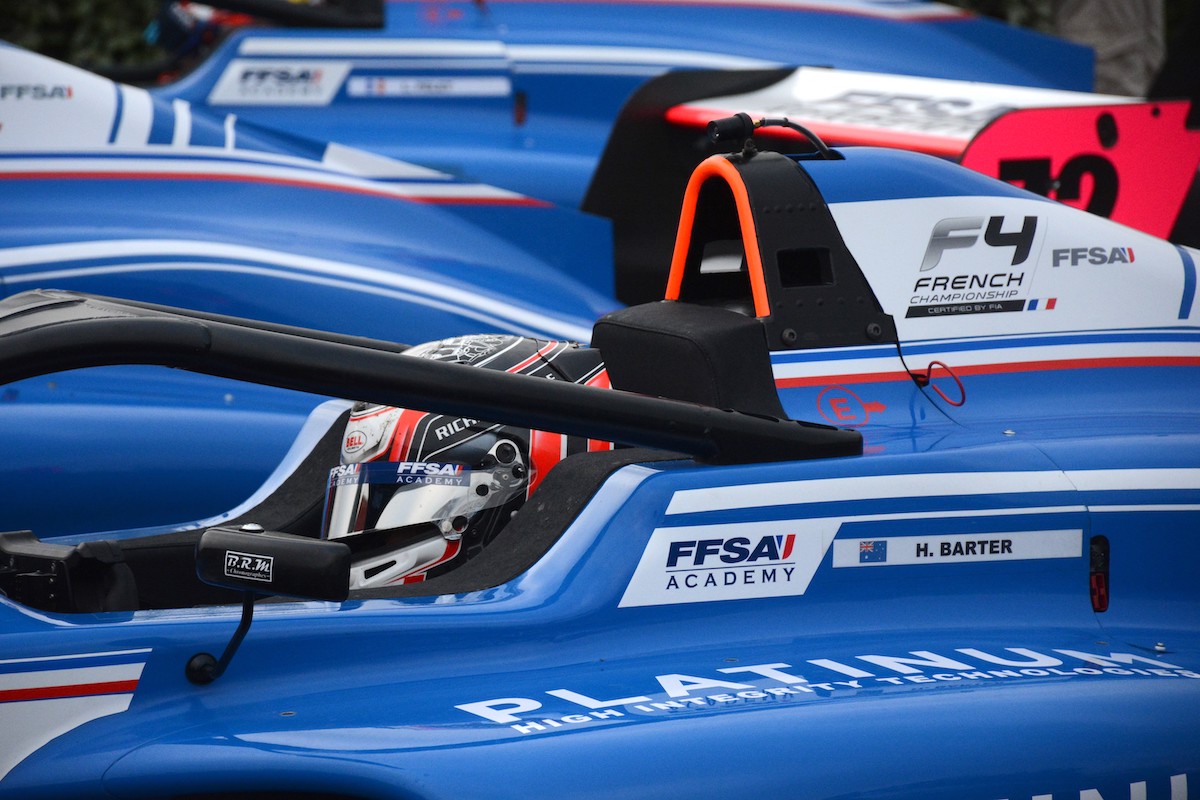 French Formula 4 points leader Hugh Barter took his sixth win of the year in the opening race at Ledenon.

Barter’s move for the win came at the very start of the race as he passed poleman Alessandro Giusti then fended off his attacks through the first four laps.

After that the race was neutralised by a safety car period caused by Jeronimo Berrio, and the fight for the win was not able to continue until lap 10 of 14.

Barter made a better job of the restart lap than Giusti and put himself 0.817 seconds ahead. That gave him just enough of a gap to concentrate on himself for the rest of the race, growing his lead to over a second.

That did prompt Giusti to attack and reduce the gap on the penultimate lap, but Barter had enough in hand to finish 0.822s ahead.

Honda junior Souta Arao started and finished third, while Elliott Vayron moved into fourth on the opening lap as Dario Cabanelas dropped several places. He was able to regain one spot on the penultimate lap as Honda’s Yuto Nomura dropped from fifth to finish seventh behind Cabanelas and Enzo Peugeot.

Pierre-Alexandre Provost had held seventh early on but spun at turn six on lap two and retired in the pits at the end of the lap, then Romain Andriolo was in the position before he had a race-ending issue late on.

Peugot had got himself in a place to benefit after making passes on Max Reis, who had made a mistake, and Enzo Geraci.

Edgar Pierre finished a dissapointed 10th after he fell from eighth to 14th on the opening lap and only recovered one spot outside of the place regained from other drivers retiring.