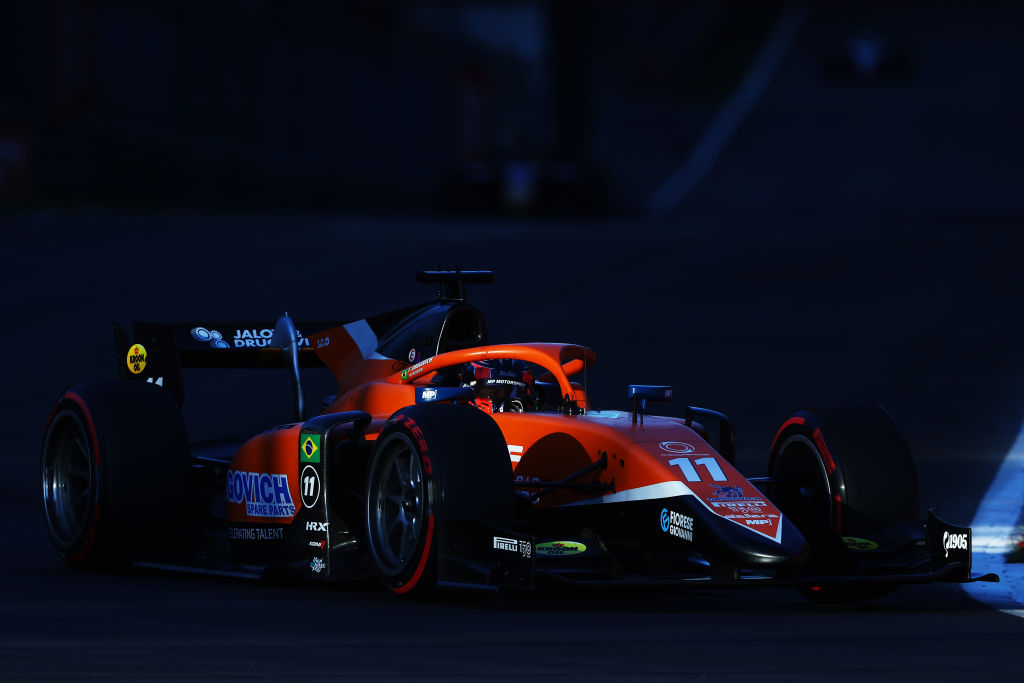 Formula 2 points leader Felipe Drugovich has been handed a five-place grid penalty for the Monza sprint race after improving under yellow flags in qualifying.

A crash for DAMS’ Ayumu Iwasa led to yellow flags at Parabolica, the last corner, and Drugovich was found to have set his fastest lap while the yellow flags were being waved there. It has not only earned the Brazilian a five-place penalty, taking him from seventh to 12th on the sprint race grid, but also two penalty points on his race licence.

Although he was the only driver to get punished in qualifying, there were other penalties handed out. Campos Racing, Charouz Racing System and MP Motorsport all got €2000 fines for having seven people on the pit wall (the maximum allowed is six), 12 laps by 11 different drivers were deleted due to track limits violations and MP also got fined €500 in practice for having the left-rear tyre mechanic wear “inappropiate eyewear” during a pitstop on Drugovich’s car.

In the supporting FIA Formula 3 Championship there were 42 laps deleted in practice and 10 deleted in qualifying, and also several penalties.

Charouz’s Francesco Pizzi, ART Grand Prix’s Juan Manuel Correa and Van Amersfoort Racing’s Reece Ushijima were all handed three penalty points each and 10-place grid penalties for ‘not respecting yellow flags at Turn 1 and 2 and setting a meaningful laptime’, while Campos’s Pepe Marti was fined €300 for pitlane speeding and VAR got a €2000 fine for having 10 people on the pit wall (one more than allowed) and a €500 fine for releasing Franco Colapinto into the path of Hitech GP’s Nazim Azman in the pitlane.

The grid penalties, and the deletion of Correa’s fastest lap, means Colapinto is now 12th in the final qualifying result and on the reversed grid pole for the sprint race having previously been set to start from 13th.