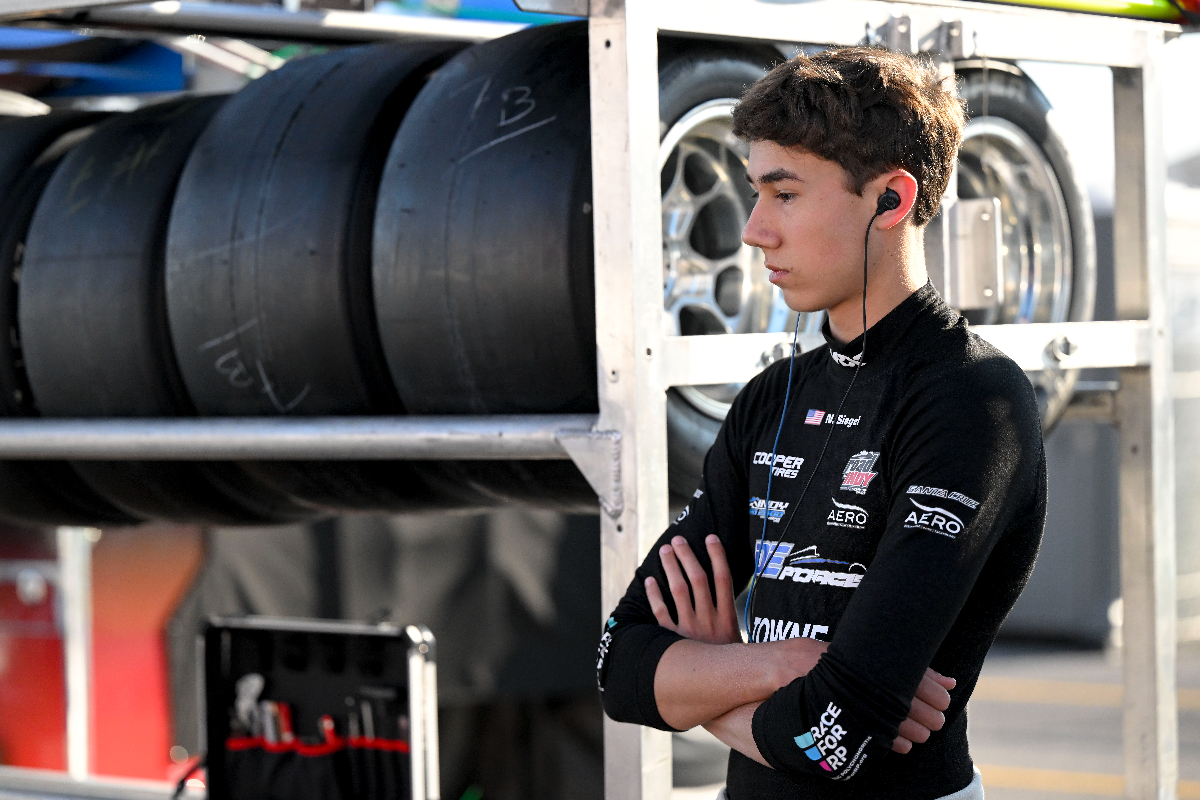 The 17-year-old came fourth in his rookie IP2000 season this year, winning two races and briefly leading the points, and before that claimed one win across three campaigns in USF2000.

He takes over the car previously driven by James Roe Jr, and brings HMD’s combined line-up back up to six cars.

“I am extremely excited to announce that I will be joining HMD Motorsports in Indy Lights this weekend at my home race, the IndyCar Grand Prix of Monterey,” said Siegel. “Huge thank you to everyone involved for this incredible opportunity.”

Two red flag periods disrupted running, including one brought out by Sting Ray Robb in the final five minutes. The session turned green again with less than a minute on the clock, but nobody was able to set a lap before the chequered flag.

Lundqvist had jumped to the top of the times not long before the incident for Robb, who became stuck in first gear after leaving the pits.

The Swede put in a time of 1m16.2159s, beating Seigel by 0.7587 seconds. Seigel had only just gone to the top of the times himself, knocking Matthew Brabham off the top spot, and ended his debut session in second place.

Brabham had been top of the order when the first red flag came with just under 30 minutes remaining. A number of drivers had run through the gravel at turn six early in the session and were able to continue. Christian Bogle pushed a little too far, though, and put his car into the barriers.

Brabham ended practice in third, 1.3804s off the pace set by Ludnqvist. Danial Frost was fourth fastest ahead of Benjamin Pedersen and Hunter McElrea.

Christian Rasmussen had an electrical issue which kept him in the pits longer than anybody else after the first red flag, but the issue was resolved and he was able to get out. He placed eighth, ahead of Jacob Abel and Ernie Francis Jr.