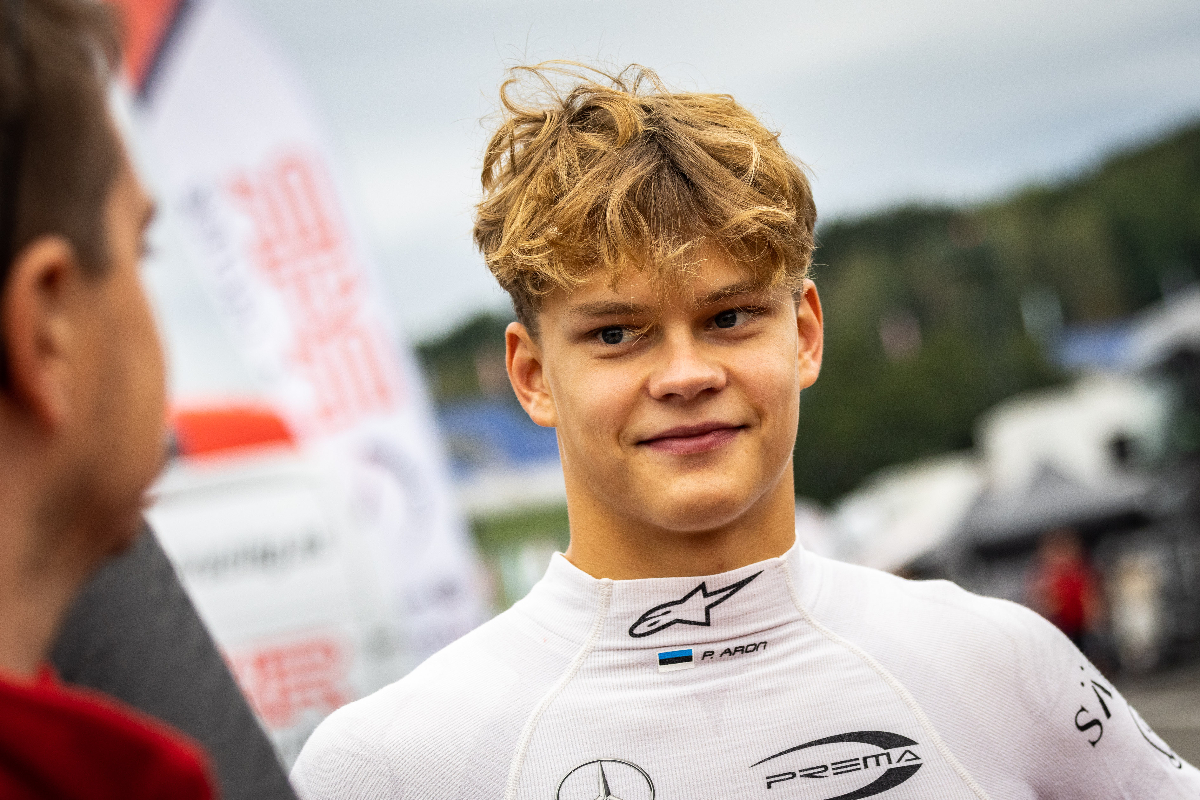 The Prema driver topped the times in the first qualifying group with a 1m26.737s lap, which would not be beaten in Group B.

He lines up alongside Eduardo Barrichello on the front row for Saturday’s race, while championship leader Dino Beganovic and closest rival Gabriele Mini will start fifth and sixth respectively.

Beganovic topped the times after the first laps were completed in Group A, but the pace rapidly dropped as rubber was laid down on the track. Sebastian Montoya, Aron and FREC returnee Pierre-Louis Chovet all took turns at the top before Beganovic jumped to the head of the order again with a 1m27.104s lap.

He improved on that to become the first driver to go sub-1m27s, but he was bettered moments later by Race Performance Motorsport’s Chovet and then Aron.

Chovet slotted into second in the group, putting him third on the grid for race one.

The improvement in laptimes wasn’t as drastic in Group B. R-P-M’s Owen Tangavelou went quickest early on with a 1m28.024s lap, but was soon knocked off the top spot by Arden’s Joshua Durksen.

Hadrien David briefly was in first place midway through the session, before Duerksen’s team-mate Barrichello went quickest with a 1m27.044s. The lap wouldn’t be bettered by anyone else.

Mini was second quickest, just 0.065s off Barrichello’s pace, before a final flying lap by Tangavelou knocked him down to third.

Maceo Capietto was fourth quickest in Group A and lines up alongside David, while Montoya and Sami Meguetounif will complete the top 10 on the grid.