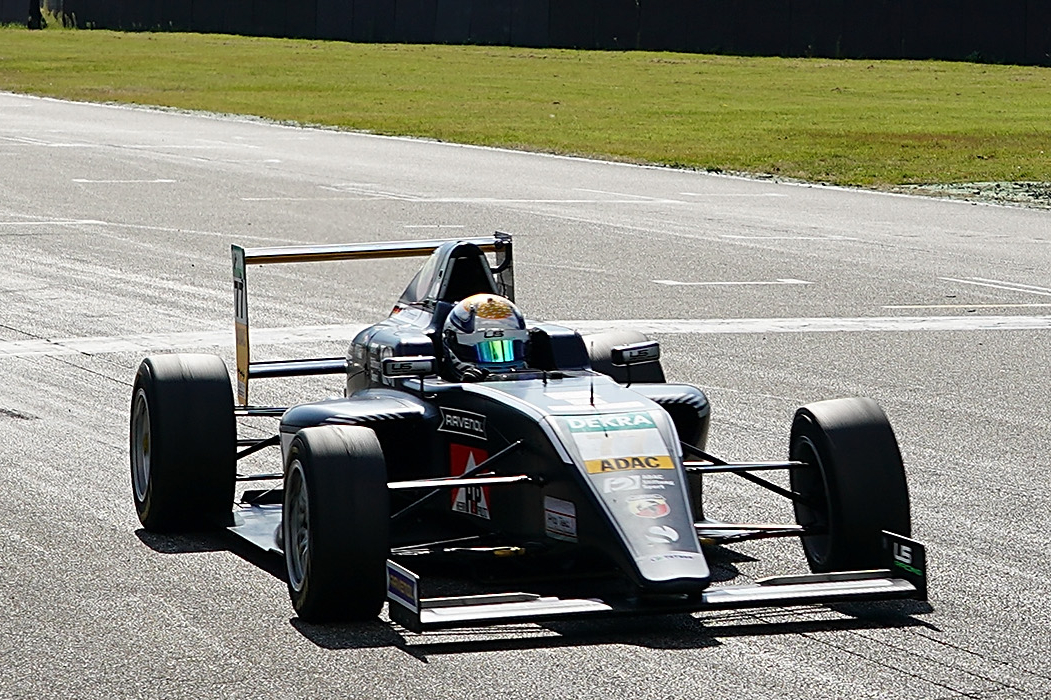 Tramnitz topped both qualifting sessions and ended the day with a fastest lap of 1m18.770s.

Q1 was relatively smooth. Tramnitz jumped to the top of the order early on and gradually lowered the benchmark throughout.

He ended the session with a 1m18.917s, almost half a second quicker than Van Amersfoort Racing’s championship leader Ollie Bearman in second place.

Q2, however, was a little more chaotic for the nine-car field.

Two red flags disrupted running, including one in the final minute of the session that brought an early end to qualifying.

Victor Bernier, who was only fourth quickest in Q1, set the pace early in Q2, but was soon demoted down the order as US Racing pair Luke Browning and Tramnitz found more pace.

Bernier was on a quick lap when he came to a stop on track five minutes before chequered flag, bringing out the red flags and an early end to his session.

Despite being unable to get back out, Bernier’s early pace was enough to secure him third place on the race two grid. When the session resumed, there was little time for drivers to find improvements before an incident for Michael Sauter brought out the red flags again and the session came to an end.

Browning, third quickest in Q1, ended Q2 just 0.087s behind Tramnitz. Behind Bernier was VAR’s Nikita Bedrin, who improved on his sixth place position in Q1.

Vlad Lomko briefly jumped to second midway through the session, but dropped down to fifth by the chequered flag, matching his Q1 performance.