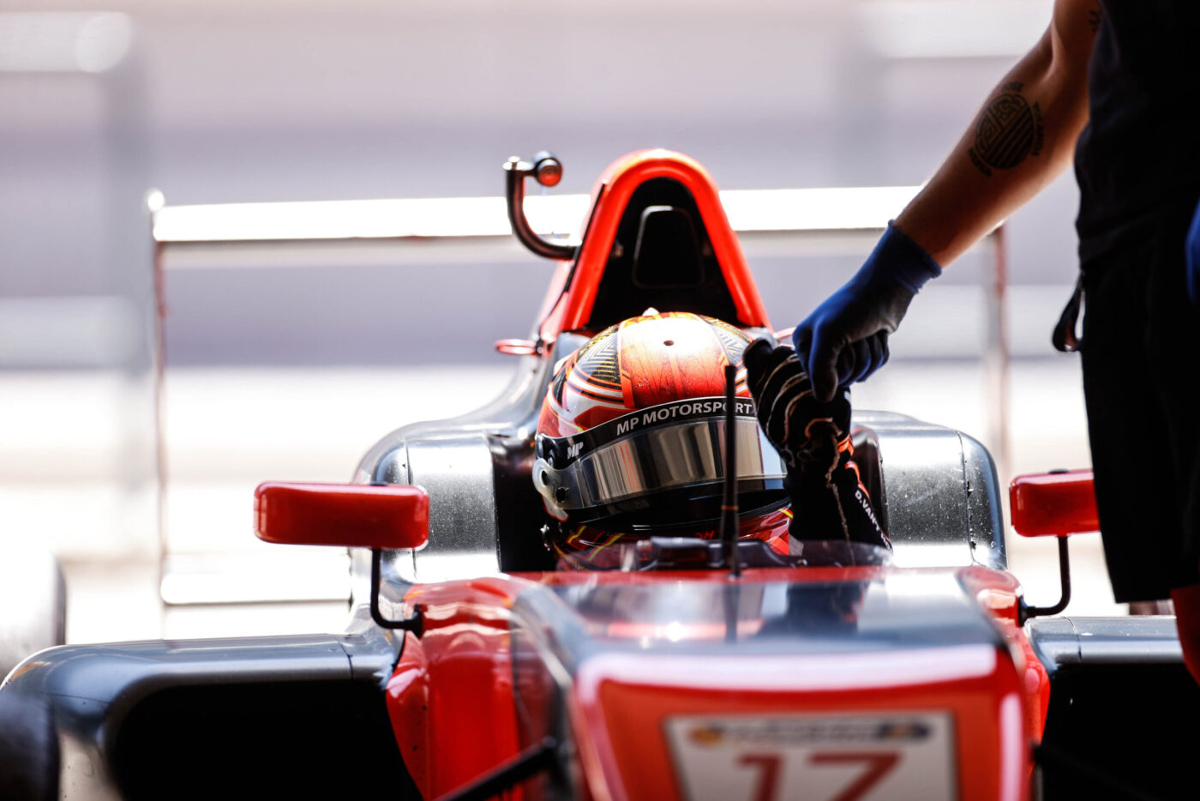 The MP Motorsport driver was near the top of the times throughout the four-hour session, spending the first quarter sitting second to Drivex School’s Guilherme Oliveira by 0.030 seconds.

Formula de Campeones’ Quique Bordas was on their pace at that point too, but all three were soon jumped by factory Parolin karter Valerio Rinicella.

The Italian is part of the Top Gun by Pro Racing project launched by Giancarlo Fisichella, and was testing for Global Racing Service. He was the first driver to lap in the 1m43s, and improved while out front to keep himself there for more than three quarters of an hour before van’t Hoff moved ahead.

Van’t Hoff set a 1m43.229s to go fastest, and that ended up standing as the benchmark pace through the final hour of running – interrupted by two red flag periods – and was almost a third of a second faster than Rinicella.

Drivex’s Noam Abramczyck improved on his personal best several times in the final 10 minutes and rose from outside of the top to third place, and Rinicella’s team-mate Vladislav Ryabov slotted in behind Oliveira in fifth.

There were two other karters present at the test: Ricardo Escotto and Lukas Malek in 23rd and 24th places.

Mexico’s Escotto was driving for Teo Martin Motorsport, while Slovakian youngster Malek was at Drivex and will make his single-seater debut with the team this weekend. Malek came 20th in this year’s WSK Euro Series and 26th in the CIK-FIA European Karting Championship in his rookie season of OK karts.