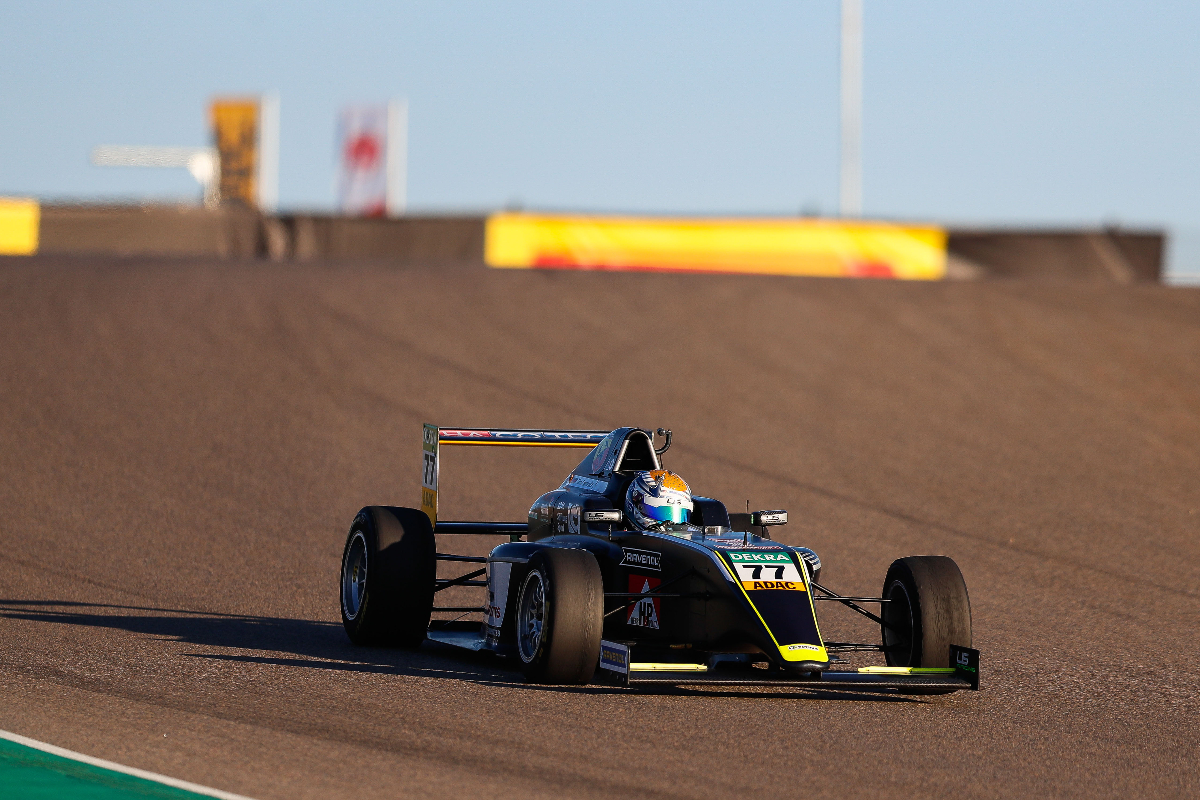 US Racing’s Tim Tramnitz topped the free practice order as ADAC Formula 4 returned to the Sachsenring for the first time since 2019.

R-ace GP’s Victor Bernier topped the first session of the day and was fastest throughout most of FP2, but was pipped to the top of the order by Tramnitz and therefore he ended the day as the fastest driver on a 1m18.787s lap.

The FP1 benchmark was a 1m19.351s, as the depleted grid of nine drivers got a feel for the track. Van Amersfoort Racing was without Joshua Dufek and Bence Valint, BWR Motorsports was absent entirely and Alex Dunne was gone from US’s line-up.

The laptimes tumbled rapidly in FP2. Luke Browning, who didn’t set a time in FP1 and only managed one lap in total, set the benchmark but it was Bernier back at the top of the order with a 1m19.314s just before a red flag paused running.

Michael Sauter had come to a stop on track, but the session resumed with seven minutes left on the clock.

Drivers continued to find improvements, with Bernier, Tramnitz, and Ollie Bearman swapping the top spot before Tramnitz’s fastest time took him out of reach. Bernier was second quickest, 0.208s back, with Bearman completing the top three.