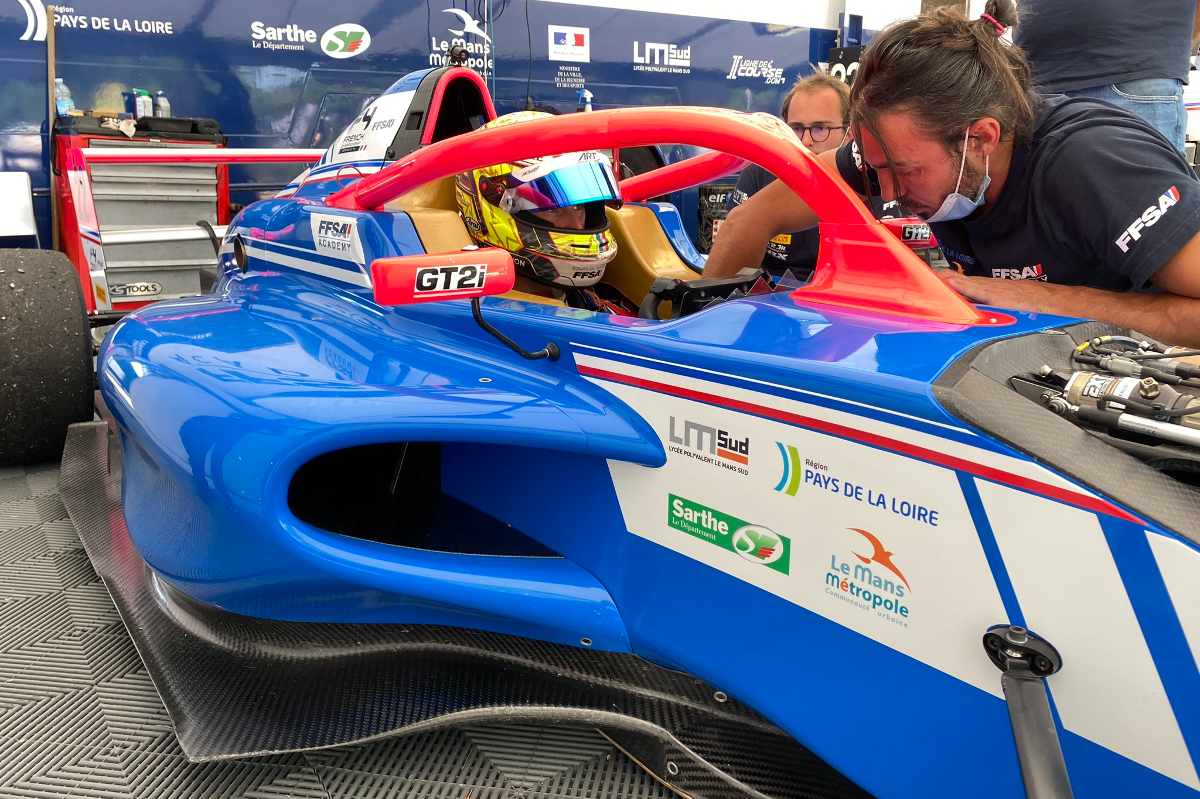 Theo Pourchaire made a brief French Formula 4 comeback in free practice at Paul Ricard, as he tested the series’ 2022 car.

The current Mygale chassis will be succeeded by a halo-shod model next year, and after former Romain Grosjean rival Malo Olivier shook down the car at Monza last week it was then Formula 2 race-winner Pourchaire’s turn.

Pourchaire made his single-seater racing debut in the series, becoming champion of the Junior classification in 2018 as well as claiming an overall win that season.

He took a while to get back to the top of the times at Paul Ricard, particularly as the weight of the car meant he was marginally slower than the older machinery down the long straights, but a combination of better cornering speeds and experience meant that once he hit first place 17 minutes into the half-hour session he was then unchallenged.

Enzo Geraci had started out as pacesetter, but laptimes weren’t really representative until almost 10 minutes in when he went sub-2m11s. His rivals were closely matched but four tenths off the pace, with Pourchaire initially between them.

Geraci improved and Daniel Ligier was then next to lap in the 2m10s, before points leader Maceo Capietto set a new benchmark of 2m10.538s at the halfway point.

Alessandro Giusti set a 2m10.497s a minute later, and Capietto responded by improving to 2m10.320s. Moments later Pourchaire crossed the line and streaked two seconds clear with a 2m08.139s.

Giusti and Geraci’s next efforts were blighted as they both spun, and Pourchaire lowered the pace down to 2m07.803s.

There was no change in the order behind him until the final five minutes, when Noah Andy moved into second place on a 2m10.215s and it therefore made him the fastest French F4 driver of the session.

Capietto, Giusti and Geraci were next up, with Hugh Barter in sixth place and the recipient of a track limits warning from the stewards.

Thai driver Thanapongpan Sutomno was 16th fastest on his series return, two seconds off Andy’s pace but ahead of two of the debutants.

Paul Jerome, 30th in the Nationale Series Karting’s Nationale kart class this year, and 17-year-old Rotax Max karter and former French junior karting frontrunner Louis Pelete were 17th and 18th, while their American FFSA Academy colleague Luciano Morano – who has raced X30 Senior karts in the IAME Euro Series this year – was 13th on the timesheet.

Fellow guest driver Elliott Vayron, the star of the Monza round with two wins, failed to set a single lap in practice.