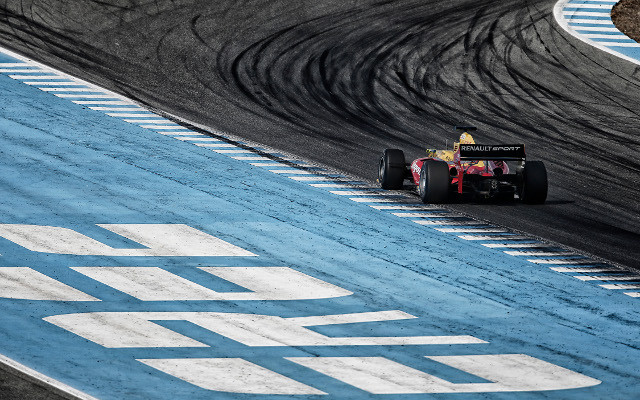 Tom Dillmann held the lead through two red flags in first qualifying at Jerez to take his first pole position in Formula Renault 3.5.

The Frenchman set a time of 1m28.621s nine minutes into the session that remained unbeaten until the end.

Already confirmed as champion, Oliver Rowland took second place and looked as if he could better Dillmann’s time at the very end of the session after setting a purple first sector but he did not complete the lap.

However, the Russian’s time was then deleted because he improved under yellow flag conditions and falls to 16th.

Matthieu Vaxiviere will therefore be fourth ahead of Tio Ellinas and Nyck de Vries.

Gustav Malja was seventh in front of Nicholas Latifi while Beitske Visser secured her best grid position of the year in ninth with Yu Kanamaru 10th.

Dean Stoneman ended up 11th after an off into the gravel triggered the second of the red-flag periods. His current third place in the standings is under threat from DAMS team-mate de Vries and perhaps more dangerously now, Carlin man Dillmann.