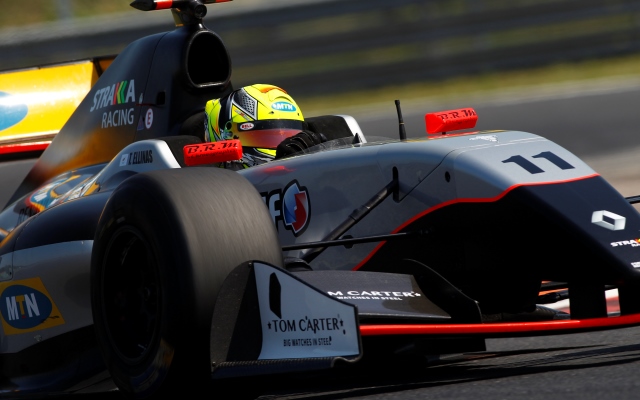 Tio Ellinas posted the best time of the second Formula Renault 3.5 session on Friday at Silverstone.

The Cypriot set the day’s quickest lap of 1m41.494s late in the session, going a second and a half quicker than Pietro Fantin‘s benchmark from the morning.

Dean Stoneman was second quickest, 0.158s off the pace of Ellinas.

Nyck de Vries led the way with around five minutes to go but was bumped down to fifth ahead of Gustav Malja and Fantin.

Nicholas Latifi caused a red flag earlier in the session but was able to quickly restart once his car arrived back at the pits. He later went to the top of the times, but ended up down in 12th, behind Jazeman Jaafar and ahead of the returning Nick Yelloly.