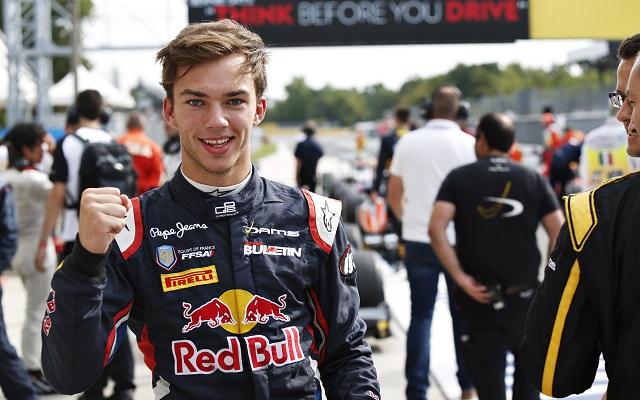 Pierre Gasly converted his practice pace to top the GP2 qualifying session at Monza, claiming his first pole position in the series.

The Frenchman narrowly denied Mitch Evans, who himself recorded his best qualifying result of 2015 with second place.

Evans was into the lead after the first set of flyers and managed to stay there until the mid-session pit-stops, just ahead of Stoffel Vandoorne and Gasly.

Once back out, Gasly quickly shaved off two tenths of his best time to claim the lead, while Evans paid an early?visit to the pits before the final laps.

But there’d be no improvements at the front with the very end, allowing Gasly to see out the session in first, ahead of Evans and Vandoorne.

Following a poor first half of the session, Alexander Rossi tried to take advantage of a clear track by running while the all the others were in the pits but ended up taking 10th.

Jann Mardenborough grabbed 19th to be as top debutant of the session as Patric Niederhauser and Meindert van Buuren were only 24th and 25th.