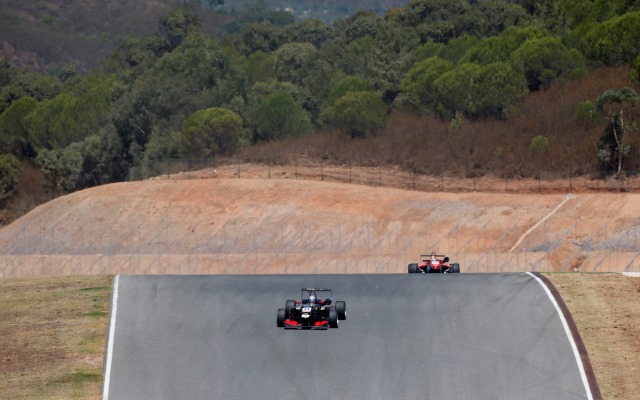 Alex Albon held out against Prema Powerteam’s four drivers at Portimao to top a FIA Formula 3 Championship qualifying session for the second time this season.

The Lotus F1 junior will only be 12th on the grid for race three however, as Felix Rosenqvist takes pole on second-best times.

Albon hit the front late on in the second qualifying session of the day for Signature, but had the Prema quartet close behind him and with the chance to improve at the chequered flag.

With that, Rosenqvist and Nick Cassidy were both able to get even closer to Albon but the Thai’s time remained the quickest.

Albon ended up 0.027 seconds quicker than Rosenqvist and 0.09s ahead of Cassidy, who had a final effort that was good enough for second removed.

Lance Stroll was just four thousandths further behind the Kiwi, meaning the top four were covered by less than a tenth.

Race one polesitter Jake Dennis found himself as the slowest of Prema’s drivers in fifth, 0.159s off pole.

Russell moves up to fourth ahead of Menezes, while Mikkel Jensen and Sergio Sette Camara both make 10-place leaps on second-best times to sixth and seventh respectively..

Title contender Charles Leclerc was on provisional pole at one point but found himself pushed down to 11th for both races despite being just inside half a second of the pole time.

Albon isn’t the only frontrunner pushed well down the order for race three; Giovinazzi and Cassidy will share row eight.