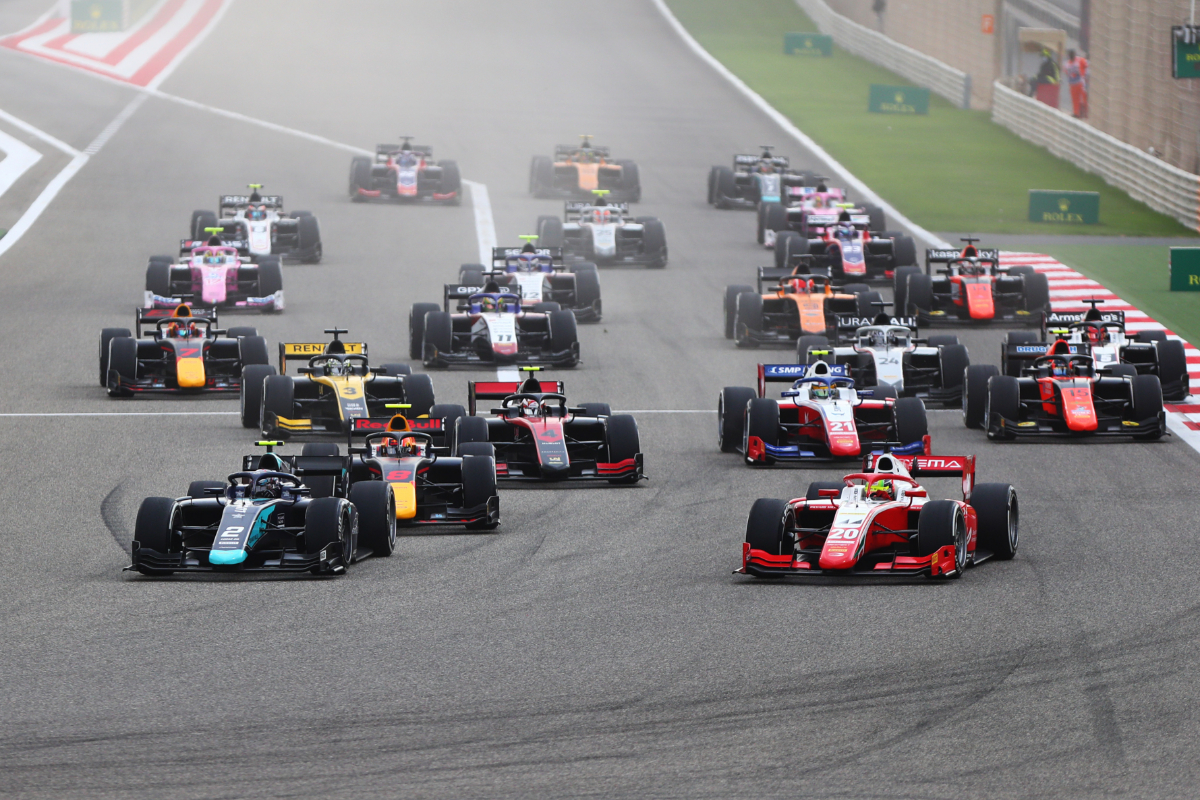 DAMS’ Dan Ticktum was left disappointed with third place from pole in the last Formula 2 race at Bahrain, but enjoyed fighting up front with Jehan Daruvala and Yuki Tsunoda.

Ticktum’s eighth place in the feature race on Bahrain’s Outer layout put him on reversed grid pole for the sprint race, which – despite a poor launch – he led into the opening corner.

After just a few laps he started to struggle with his car’s handling, and his lead gap was cut to nothing by Carlin’s Daruvala. With some impressive defending he held first place until lap 25 of 34, and then drifted into the clutches of Daruvala’s team-mate Tsunoda. They swapped places multiple times, and a last lap lock-up by Ticktum meant Tsunoda finished ahead.

“I don’t think many people would have been able to defend for that long, to be honest,” Ticktum said in the post-race press conference, after explaining how his experience in karting when younger came into practice during the F2 race.

“I actually enjoyed it, defending, but I just had no pace. Let’s be brutally honest. After lap four, I just struggled with traction, and struggled to keep the rear of the car at the exit of Turn 2, the little kink, and exit of Turn 8, with the bump, I just got no traction. There was nothing I could do.”

Ticktum’s fastest lap of the race was set on lap four, earlier than anyone else’s, and was the sixth quickest of those who didn’t pit for a second set of tyres during the race.

“Then as soon as the rears start to get a bit hot then you rear-lock a bit, then you put the brake bias forward then you start to lock the fronts then you get a flat-spot and then you’re completely screwed,” continued Ticktum.

“I did everything I could. It’s annoying that I locked up at the last corner, but I just had no grip. I had nothing left. I had a massive flat-spot, I had no rears.

“My rear tyre temp is probably 20 degrees hotter than his [Tsunoda’s]. He was just able to cruise either around the outside or inside. It was just always going to happen, unfortunately.

“I played it clever with the DRS on the lap before because I knew it was going to be the last lap, so I thought maybe if I got ahead of him at Turn 1 again, which I did by risking everything, braking it felt like at the 50-meter board. I tried my absolute best.”

Daruvala said his battle with Ticktum was ‘hard but fair’, and the pair are set to partner up at Carlin for post-season testing at Bahrain on December 8-11.

Ticktum says he now has his F2 future secured, having previously been uncertain about having the budget to continue in the series in 2021, and is favourite to partner Daruvala at Carlin next year.