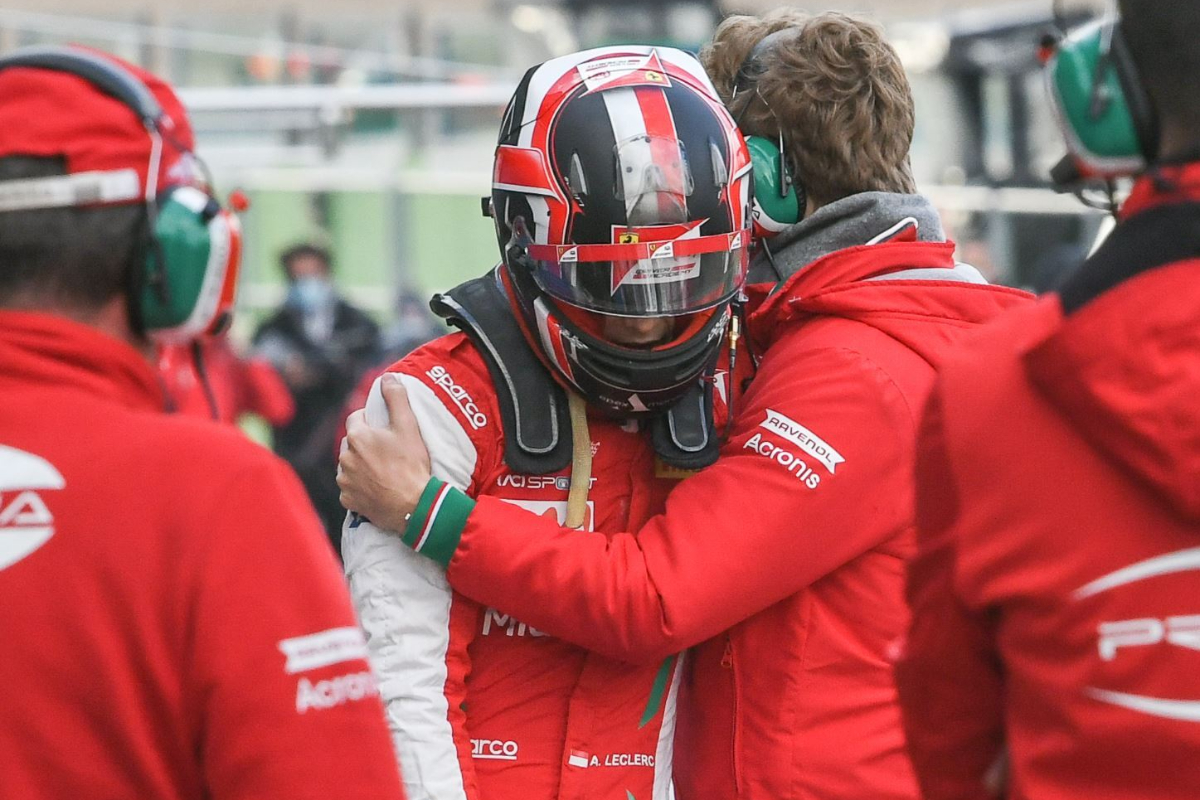 Arthur Leclerc’s Formula Regional European Championship title hopes ended with two spins at the season-ending Vallelunga round, and are mistakes the Ferrari junior has “no words” for.

The Monegasque had battled all season with Ferrari stablemate and Prema team-mate Gianluca Petecof and came into the final round just two points behind him after a Monza weekend where he lost a potential win to a throttle sensor issue.

Then in Vallelunga qualifying, a drivebelt failure led to an engine fire that left him last on the grid. Spinning into team-mate Jamie Chadwick compounded him to sixth in race one, race two was cancelled due to heavy rain, and in race three he spun into retirement. Petecof finished a trouble-free fourth and fith in the races that ran, and won the title as a result.

“So hard to finish the championship like this,” Leclerc said afterwards.

“No words to describe how I feel. So disappointed and frustrated with myself this weekend.

“Unfortunate in the last part of the season, but the only thing that I can control is myself, and I definitely think that I didn’t optimise the result. It’s just about finding the right balance. I will learn from it and come back stronger.

“Well done Gianluca for the title.”

Leclerc wasn’t the only Prema driver not to get a proper shot at the title, as Oliver Rasmussen – who ended the season with his sixth win – dropped out of contention when the weekend’s middle race got cancelled. He ended up level on points with Leclerc, and 16 behind Petecof, and had the possibility of scoring a further 25 from pole position in the cancelled race.

Petecof, who was the driver atop the standings for 18 of the 24 races and whose campaign came under threat from budget concerns, said winning the title was an “amazing” end to his 2020.

“It’s amazing, it’s amazing to come out with this championship,” said Petecof moments after being crowned.

“If the people knew even half of the issues we had around the year. It means so much for me, for the team, for everybody that was with me, in here. And most importantly thank you to god because without him nothing is possible.

“Tried to keep it on the track, tried to do the best we could. Sometimes we could fight for the win, other times we couldn’t, but that’s how it is. Scoring points in all races, so, so happy, thank you to everybody.”

Leclerc will graduate to FIA Formula 3 Championship next year with Prema, and Rasmussen is the recipient of a Ferrari Driver Academy-supported test in the series. Petecof, despite being a Ferrari Formula 1 junior and beating both to the FREC crown, looks the least likely to progress into FIA F3 in 2021.

Chadwick meanwhile has been seen testing Euroformula machinery recently, and the Williams-backed driver has already announced she will race in the inaugural season of the off-road Extreme E series next year.