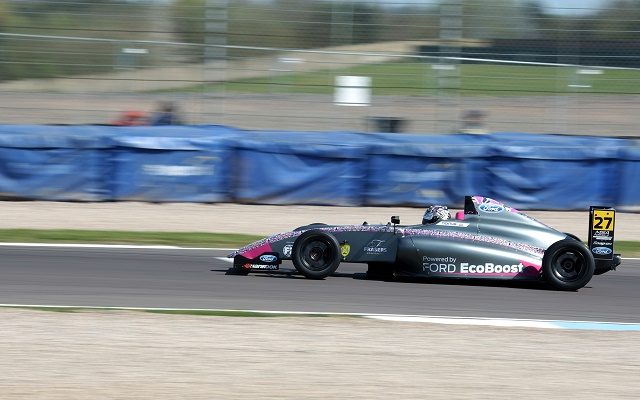 Provisional championship leader Daniel Ticktum was fastest in the MSA Formula qualifying, taking pole position for both the first and third race of the Donington Park weekend.

The 15-year-old Briton stormed to the top with just two and a half minutes left on the clock, stealing the lead from Lando Norris.

Norris, who scored two victories in the season opener but was provisionally stripped of?his second win due to overtaking behind the safety car, will start alongside Ticktum as he was unable to retake the?lead in the final minutes.

JTR’s James Pull was third fastest as the final driver to dip below the 1:08s barrier.

Brazilian duo Gustavo Myasava and Rafa Martins took fourth and sixth respectively with Sandy Mitchell qualifying between them, just a thousandth of a second faster than Martins.

The starting order of race three, which was determined by the second fastest-laps of the qualifying, will see the identical top six of Ticktum, Norris, Pull, Myasava, Mitchell and Martins.