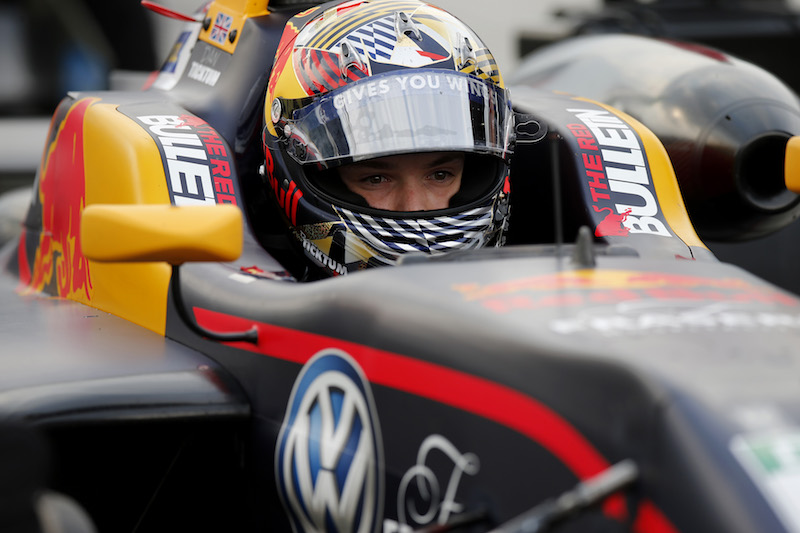 Dan Ticktum set the quickest time in free practice ahead of the Formula 3 European Championship round at the Norisring, beating team-mate Juri Vips by 0.002s in a strong showing for Motopark.

In cool temperatures in Nuremberg, Vips had topped the first of the two 40-minute practice sessions with a time of 48.508 seconds, 0.046s ahead of the championship leader Enaam Ahmed of Hitech GP.

Ticktum was fourth fastest behind Carlin’s Jehan Daruvala, who scored his only F3 win to-date at the Norisring 12 months ago.

Vips was frequently leading the way again during the second session, but Ticktum narrowly edged him just as the red flags came out when Julian Hanses crashed into the Scholler S exit wall with only a few minutes remaining.

The session did restart, but not with enough time for anybody to trouble Ticktum’s?48.114s.

Fabio Scherer made it an all-Motopark top-three after going to the top of the times late on.

Daruvala and Ahmed were prominent again and finished up fourth and fifth.

Robert Shwartzman ended up the best of the Prema drivers in sixth, with Norisring fan Ralf Aron and Marcus Armstrong joining him in the top 10 in ninth and 10th.

Marino Sato made it four Motopark cars in the top seven just ahead of Sacha Fenestraz, who had led much of the second session before being shuffled back late on.

The Renault junior had been 10th in the first session behind Armstrong, Ferdinand Habsburg, Mick Schumacher, Alex Palou and Shwartzman.