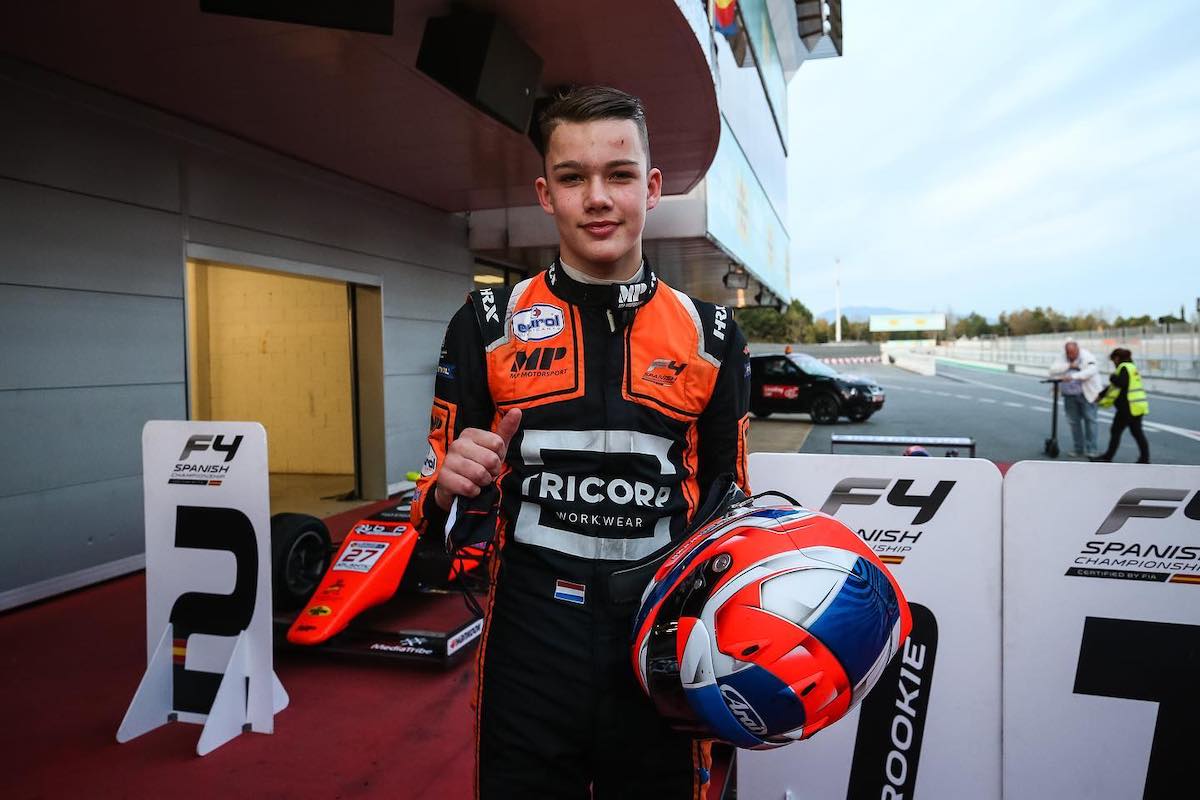 The 2019 world junior karting champion Thomas ten Brinke will step up to the Formula Regional European Championship by Alpine with ART Grand Prix this year.

The Dutch driver, son of Dakar racer Bernhard ten Brinke and coached by ex-Formula 1 driver Giedo van der Garde, made his single-seater debut in the third round of the Spanish Formula 4 season in 2020.

Driving for the dominant MP Motorsport team, he scored two podiums on his debut weekend and made seven more trips to the rostrum over the final four rounds, including a maiden win from pole position in the final race at Barcelona. He finished third in the standings behind team-mates Kas Haverkort and Mari Boya.

Since then he’s tested Regional Formula 3 cars with several teams including ART.

“A few months ago, I was driving go karts, then I had the chance to compete in the Formula 4 Series in Spain and now I am already at the next chapter. However, it all feels natural and thanks to the support of my dad and my sponsors I can realise my ambition and dream.

“But the dream isn’t finished yet … I will be a rookie and one of the youngest in the championship. The goal? To improve myself step by step and get on the podium a few times. This is the team that can help me achieve that, and I can’t wait to work with them.”

Ten Brinke is the first driver signed by ART for the newly-merged FREC, with Italian F4 champion Gabriele Mini also tipped to form part of its line-up.

“ART Grand Prix has always been committed in supporting young drivers in their quest to climb the motorsport ladder, and Thomas has the typical profile,” said team boss Sebastien Philippe.

“In 2020, he completed a final year of karting and the first half season of single-seater racing at the same time, all with exceptional success that has nothing to do with chance.

“Very well supported, talented, methodical and focused, he has all the assets needed to make his first full season in single seater racing a real success.”

Both Haverkort and Boya have also been testing with a view to moving up to FREC, the former after taking part in two Formula Renault Eurocup rounds during 2020.