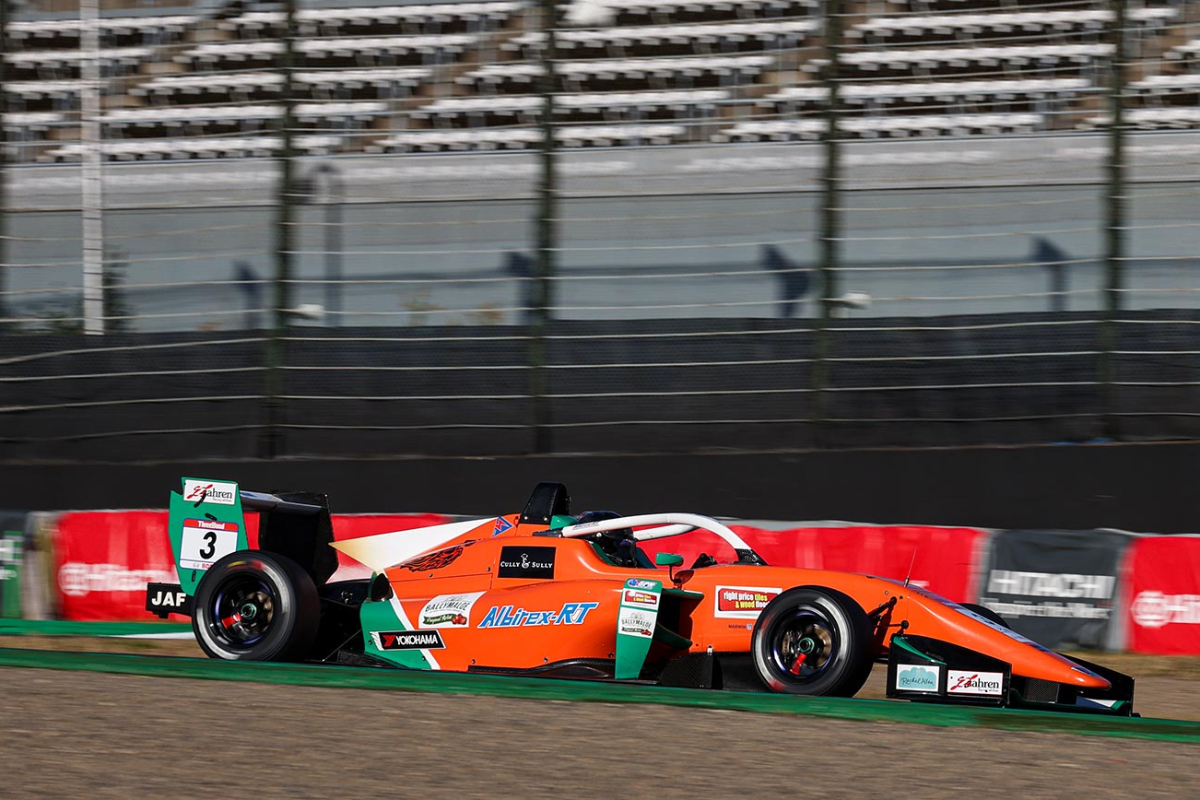 Lucca Allen will contest the entirety of the 2021 Super Formula Lights season with Albirex Racing, after debuting with the team last year.

The Irishman’s plans to contest a full campaign in 2020 were disrupted by the coronavirus pandemic, meaning he could only get to Japan in time for the final three rounds of the season.

He scored on his debut, and repeated the sixth place finish he got in that race a further four times to lift himself up to ninth in the standings in a depleted grid.

“2021 announcement: I am so happy to be remaining with Albirex Racing Team in Super Formula Lights,” said Allen.

“Thanks to the team for having the confidence in me, I can’t wait to get back to Japan and work hard with the team.”

The 17-year-old graduated to the series after winning 12 races on the way to the 2019 Formula 4 South East Asia title, having cameoed in the series the year before.

Prior to that he raced in British F4 with Falcon Motorsport and Fortec Motorsports, with a best finish of eighth in his 42 race appearances.

He is the second driver to commit to the 2021 SF Lights season, the second year of using the new halo-shod Dallara 320 car, with Honda junior Ren Sato being recalled from Europe to drive for Toda Racing.

Toyota’s 2020 champion Ritomo Miyata is all but confirmed to be stepping up to Super Formula full-time after two hugely impressive appearances at TOM’S last year, and title runner-up Sena Sakaguchi may find a place in Honda’s SF line-up.