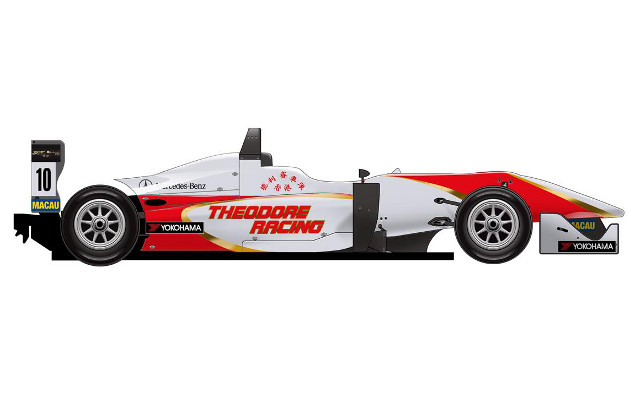 The Theodore Racing name will return to the Macau Grand Prix this year in a tie-up with Prema Powerteam.

The cars of Alex Lynn and Lucas Auer will be entered under the ‘Theodore Racing by Prema’ banner and run in a red-and-white livery in deference to Theodore entries into the race in the 1980s and early 1990s.

Theodore founder Teddy Yip competed in the race as a driver 11 times between 1956 and 1975 and then entered or sponsored teams up until 1992, claiming five victories including the 1983 triumph by Ayrton Senna in the first Macau GP run for F3 cars.

“Macau is an extremely important part of the Yip family history, and my father always wanted to play his part in helping out young drivers on the way to the top,” said Yip Jr, head of the Status GP3 team.

“This year?s event marks two important anniversaries, and it?s fitting that the Theodore name is an active part of the celebrations.

?Joining up with Prema makes perfect sense. They are the champions of European Formula 3 this year, and with Alex and Lucas I know we have two guys who have the talent to continue the Theodore Racing legacy.?

Prema team manager Rene Rosin added: ?My father Angelo Rosin, who founded Prema in 1983, is very aware of the great history of Theodore Racing. There were a lot of battles in that era of Formula 3 and the team was always a very important part of Macau.

?We are delighted to have the opportunity to be part of Theodore?s latest chapter.?

Lynn and Auer are part of a four-car team fielded by Prema for Macau, together with European champion Raffaele Marciello and F3 newcomer Esteban Ocon.

?To be going there with a Senna-liveried car is incredible,” said Lynn. “Now I hope to live up to it. I took pole and finished third on my first visit there last year, and I guess there?s always pressure going back. It?s an unpredictable place, but I?ll be confident and ready to do the job when the time comes, and that I should be on the pace.?

Auer commented: “The Macau Grand Prix is very special and the most spectacular race in the Formula 3 calendar. It?s a nice enough event to go to, and with Theodore Racing it will be even nicer. Last year wasn?t so great for me, but now I am in a good team, with good team-mates, and I?ve grown up a lot as well. We should get a much better result this time.”