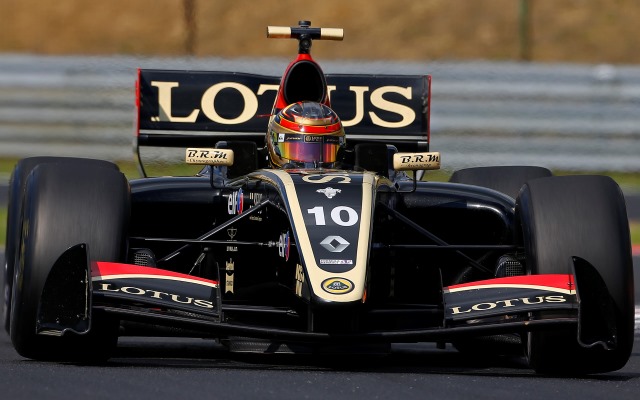 Returning to the Lotus team after testing with DAMS on Tuesday, the Filipino driver – 18th in his rookie season in 2013 – set the day’s best time of 1m30.218s early in the afternoon and finished the session 0.635 seconds clear of the rest.

It bettered the morning benchmark of Will Stevens, who finished fourth in this year’s standings after a double podium last weekend, by 0.123s.

Strakka driver Stevens had in turn been 0.022 seconds ahead of Sauber F1 hopeful Sergey Sirotkin, who was with his 2013 squad ISR. Tuesday pace-setter Carlos Sainz was third quickest in the morning having switched from Pons to DAMS.

Zoel Amberg was fourth for Arden Caterham ahead of Matthieu Vaxiviere, finishing up as the best series rookie on his second day with Lotus. Pietro Fantin took sixth for Draco ahead of Oliver Rowland with Fortec and Stockinger. Daniil Move was ninth in the second ISR car with GP2 contender Stefano Coletti tenth for his old FR3.5 team Comtec.

Amberg was second quickest in the afternoon ahead of Antonio Felix da Costa, who lined up with Carlin following the disappointment of being overlooked for the Toro Rosso seat.

Sirotkin was fourth ahead of Ferrari protege Raffaele Marciello, who today was testing with Tech 1 after running with DAMS on Tuesday. Matias Laine took sixth for Strakka in front of Sainz, Rowland, Stevens and Nikolai Martsenko, driving the second Fortec machine after switching exchanging his Zeta seat with Riccardo Agostini.