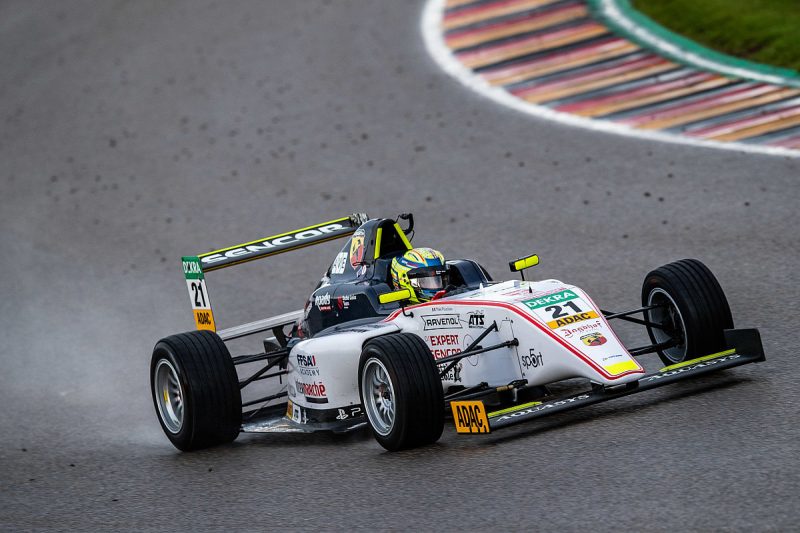 Theo Pourchaire edged closer to winning the 2019 ADAC Formula 4 title with victory in the second race of the Sachsenring season finale.

The US Racing driver held second place at the start behind race one winner Mikhael Belov, but didn’t take long to acquire the lead.

With around three minutes remaining in the race after the second safety car period ended, Van Amersfoort Racing’s Hauger made a move on the outside of Petecof stick and started to look for a way around Pourchaire.

However, a final safety car at the first corner with one minute remaining scuppered Hauger’s chances of passing Pourchaire for victory. Sauber junior Pourchaire now holds a 14-point lead over Hauger going into the final race.

Petecof kept hold of the final podium position ahead of Mucke Motorsport’s Joshua Duerksen – who retired from the opening race of the weekend – in fourth, while R-ace GP’s Gregoire Saucy finished in fifth.

Arthur Leclerc dropped out of title contention after finishing sixth, a position he had to scrap for after losing it with a trip through the gravel. He finished ahead of team-mates Alessandro Ghiretti and Roman Stanek in seventh and eighth respectively.

Belov ended up in ninth after falling down the field early on in the race, while Lucas Alecco Roy – who was fortunate to be able to escape the incident that caused the final safety car – rounded off the top 10.