The next Kiwi to take Europe by storm?: Nick Cassidy

Having conquered his homeland and fended off a number of international racers in the process, New Zealand have another talented youngster on their hands…

After racing in karts since the age of six, and in midget cars on speedway-style circuits from the age of eight, Auckland-born Nick took his first steps into car racing in 2008, having won numerous domestic titles in karting. His first competition in single-seaters was the 12-race Formula First Winter Series at Manfeild, which he won. 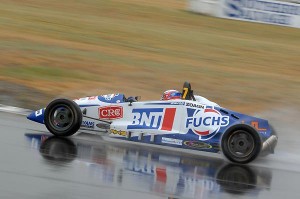 Nick made his Toyota Racing Series debut in early 2011, and ended up as runner-up with a pair of race wins at the final round at Taupo in a season dominated by teammate and defending champion Mitch Evans.

Later in 2011, Nick headed to Europe for a taste of three different junior racing categories. First up was a round of the ADAC Formel Masters series at Assen in the Netherlands in September, where he scored a best result of eighth in two of the weekend’s three races. Next up came Formula Abarth at Mugello in Italy at the beginning of October, with Nick scoring a seventh place in the second of two races. He then moved onto Barcelona to test a Formula Renault 2.0 car. Despite a lack of experience with the car, Nick finished up second of the 44 drivers on the timesheets – beaten only by regular Formula Renault racer Daniil Kvyat. 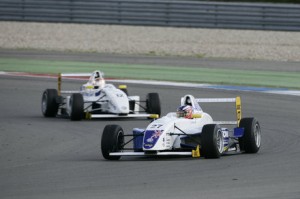 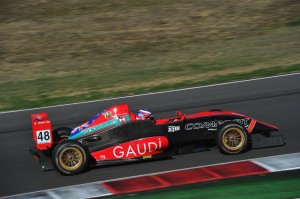 ...And in Formula Abarth at Mugello. (Photo: ACI/CSAI)

Nick returned home for the 2012 Toyota Racing Series, and began as the title favourite with Evans only contesting the final two rounds. He made a steady start with two podium finishes at Teretonga, but was dominant at Timaru one week later as he won the first two races and finished third in the third to move into the points lead. He retained this with a further race win at round three at Taupo, before getting one hand on the trophy at the penultimate round at Hampton Downs as he took one race victory and with it the round win.

He sealed the TRS title in the second of the final weekend’s races at Manfeild, allowing him to concentrate on taking the fight to Evans in the season finale – the New Zealand Grand Prix. Nick benefited from a car failure for Evans to win the race, adding his name to a trophy won by names such as Brabham, Moss, Stewart, McLaren and Amon.

Nick says he is hoping to either race in Europe or the Australian V8 Supercar Development Series for the remainder of the year.

Talent rating: Nick’s acheivements through the various categories on home soil have showed he is more than ready to show what he can do on an international stage, and his performance at the Formula Renault collective test certainly should have raised some eyebrows. A full-time to Europe will allow us to properly gauge how good he really is – he may have beaten some top international talents to win the TRS title, but he had the advantage of both circuit and car knowledge against the tourists. 7/10

Chances of getting to Formula 1: The lure of V8 Supercars will no doubt be tempting to Nick, but a full-time move to Europe will give him a shot at F1. At just 17, he won’t be far behind his European counterparts, even if fellow Aucklander Evans has a year of GP3 behind him. Results in Europe will dictate whether or not he can make it to F1 – that and the ever-important issue of funding, of course. 6/10 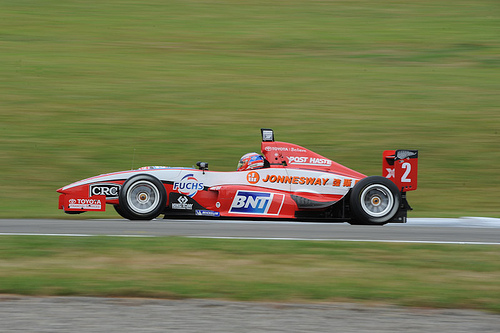