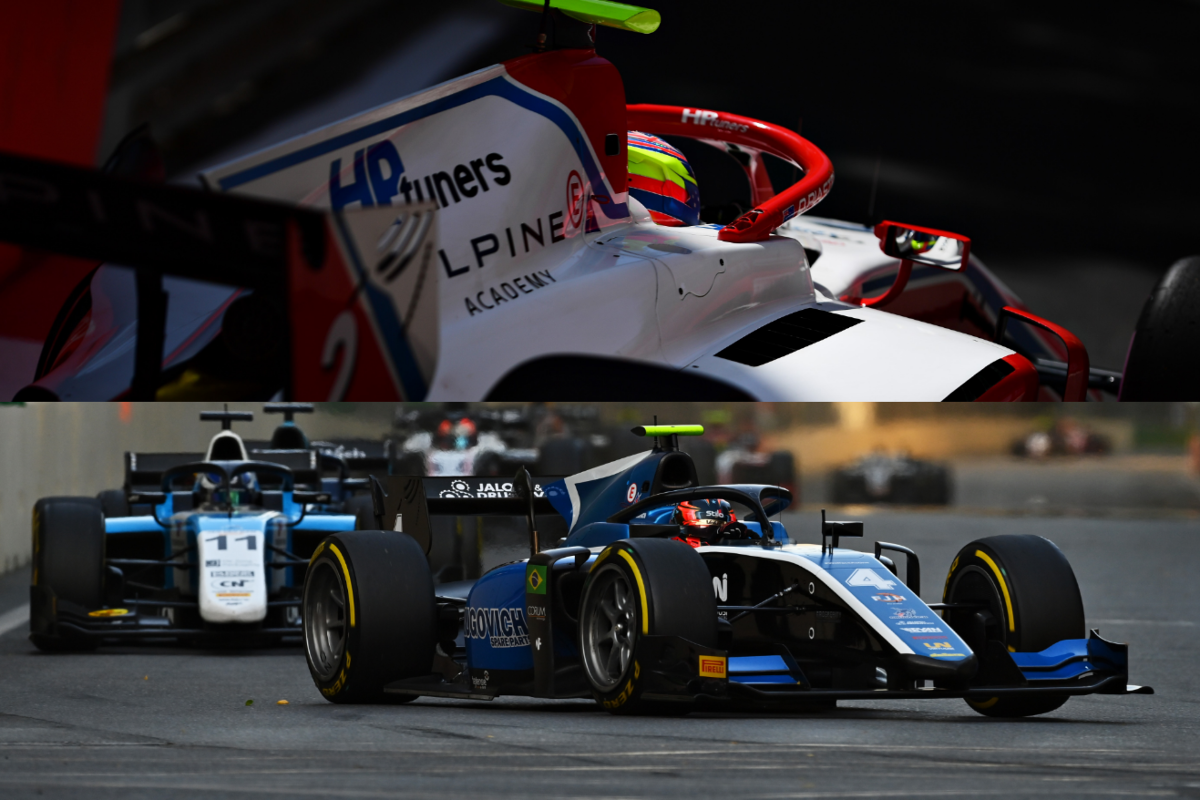 Prema and Virtuosi were the two standout teams in F2 last year. They’re on form again in 2021 but, as Craig Woollard explains, they have focused on the areas the other excelled most in 2020 for the current campaign

Let’s throw it back about a year, to this time in 2020. Incredibly, come to think of it, F2 hadn’t even got its season underway at this point. There was a lot of anticipation and expectation over which outfit looked the quickest, something that prompted a wide range of predictions (at least across the Formula Scout team).

As things got going, it became pretty clear that Virtuosi Racing, along with Carlin, had very strong packages. That was the takeaway from the two rounds at the Red Bull Ring, at least. As the year continued, the likes of Hitech GP, ART Grand Prix and Prema came to the fore, particularly on select weekends.

The narrative of the title battle culminated in a thrilling duel between Ferrari juniors Callum Ilott and Mick Schumacher. Ilott was scintillatingly quick in qualifying all year, decimating the field on occasion, but had a tendency to make critical slip-ups. Schumacher, meanwhile, put away early-season scrappiness to use his strengths to good effect.

Schumacher and Prema lacked the one-lap speed of their opposition, instead getting a lot of the work done off the line, in the pits, and most crucially, in race pace. Weekends where the Italian powerhouse wad off the pace entirely were rare.

The titles eventually went the way of the consistent Schumacher and to Prema (as part of its exceptional 2020 clean sweep of junior single-seaters), but the outfit knew that it had work to do to not allow other teams to jump ahead this year.

Jump to now and Prema and Virtuosi sit top of the teams’ standings once more, with the latter’s Guanyu Zhou the highest scoring driver so far. The other usual suspects are in the mix once more – Carlin, ART and Hitech all challenging the top two, and looking far closer this season.

It may not be so obvious to see, but the one-lap pace advantage Virtuosi had in 2020 apppears to have been clawed back. While Zhou nabbed pole at Bahrain, it was Theo Pourchaire (ART) and Liam Lawson (Hitech) who were emphatically quickest on the streets of Monaco and Baku.

Prema, meanwhile, wasn’t far behind on those street tracks. A brace of thirds for Piastri matches what he achieved in his title-winning 2020 FIA Formula 3 campaign, while Shwartzman showed his potential by topping his group in Monaco.

It is not coincidental, either. In the two-month gap between Bahrain and Monaco, teams participated in a test at Barcelona. There, as Piastri explained afterwards, sorting out qualifying for himself and the team was a priority.

“Looking at my own performance and the team’s performances in F2, I would say qualifying has probably been both of our weaker areas,” he said to Formula Scout after qualifying in Monaco. “I think in the current F2 car we’re still [missing a bit].

“Today was the closest we’ve got. Definitely in Barcelona we were trying to work on qualifying pace because in Bahrain we showed that it’s pretty clear that our race pace was very strong.

“So, qualifying was probably the area we’ve targeted. On the third day in Barcelona we really got on top of that, and I ended up P2. I think it’s translated well here, obviously with Robert in P2 and me third, so we’ve made some good gains.”

It was interesting to see that Piastri explicitly outlined qualifying improvements as being key. While he took the F3 crown without qualifying on the front row, he clearly see qualifying as a critical part of the F2 weekend – irrespective of the new format shaking things up to make one-lap pace look less crucial than before.

“Last year I had Logan [Sargeant] as a team-mate, who was extremely quick over one lap,” added Piastri. 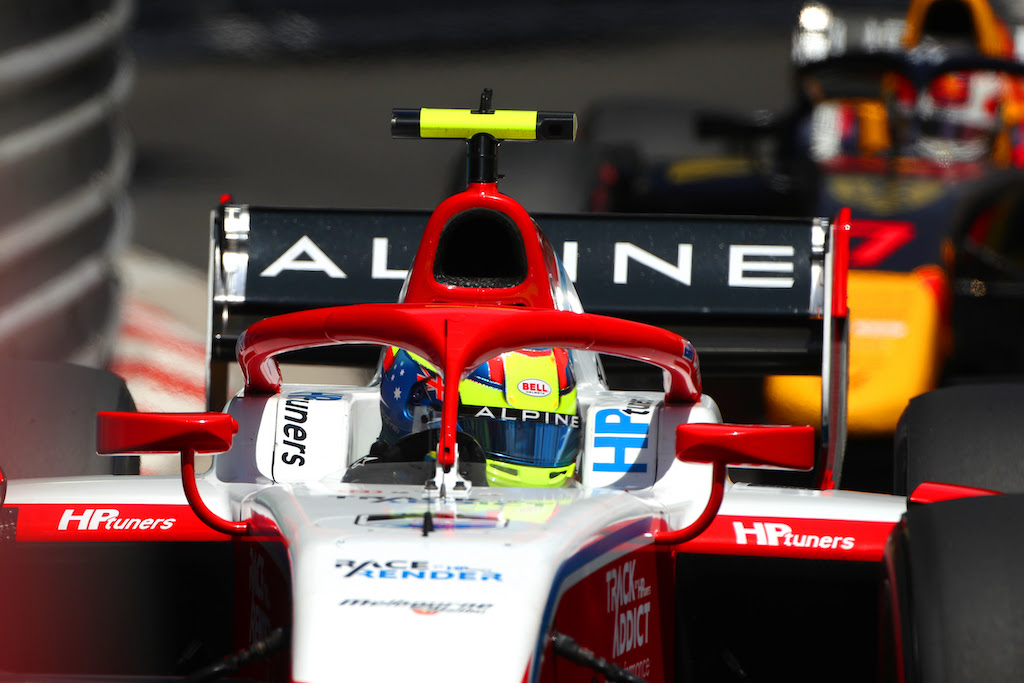 “And in saying that I think my first three qualifying sessions in F3 were P3, P4 and something else [P6], so they weren’t that bad. But considering my team-mate was on pole, I was always searching for a bit more.

“This year, I don’t really know what’s changed that much, maybe Robert’s a bad qualifier, I don’t know. It’s been a good start and I’m happy to be doing it. Last year was a tough one for qualifying, in Formula Renault the year before I was fine in qualifying, it wasn’t a weakness of mine.

“Last year, I’m going to hope it’s an anomaly, hopefully I can keep this up and back-up what I’m saying. But I didn’t really change that much. It’s just gelling, and I think we’ve made good progress since the beginning of the year on our setup for qualifying as well.”

Shwartzman, who took his first win of 2021 in Baku, said some of the gains made in 2021 haven’t always been obvious.

“I think the team spirit is really good, and generally the working environment around the team is good, we have good preparation and I think the car itself, the balance is really good in all three race weekends we had,” he said.

“The first two rounds, for me, didn’t really went as well in terms of results, but I was pretty confident about the pace we had. We were always very competitive speed-wise. Maybe it didn’t look like we were super strong, but it was due to either I was doing some mistakes, or the team was doing some mistakes.

“Generally the car itself was spot on, and [in Baku] this weekend Hitech was very competitive, very strong, especially in quali. But I think just the race management was also really good by us, because otherwise we wouldn’t have finished second and third, and it would have been much harder to win race one for me. But I think the pace itself was really good. 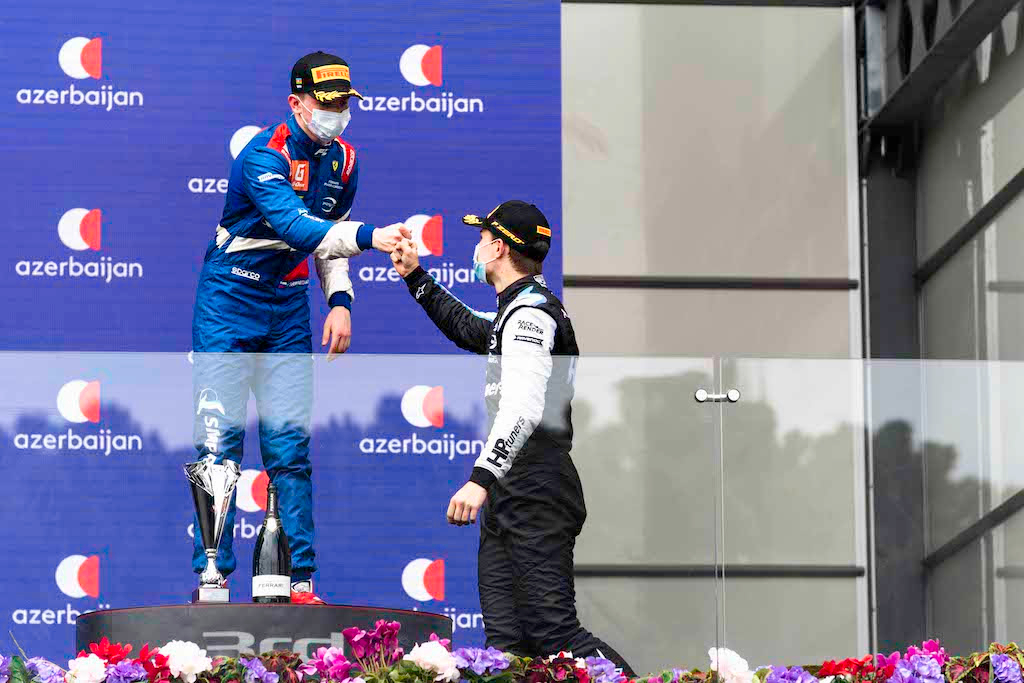 “It’s just now the time to work, prepare for Silverstone; it’s a different track. It’s a hard one, I know that from last year, and I really want to improve all of the things I should have improved last year and to have really good pace and finally keep going with the results and keep improving.”

On the opposite side of the battle, Piastri’s fellow Alpine Academy member Zhou is in his third year of F2, all with Virtuosi. His maiden victory was very much overdue and came in a difficult campaign where he was consistently outshone by Ilott. He’s bounced back well, winning the Bahrain feature race and immediately following that up in the first Monaco sprint race.

He explained to Formula Scout how he and team-mate Felipe Drugovich made use of the in-season test.

“It was the longest gap I’ve ever had in F2, so it means we get more time to do the preparation for the following race weekend and to have more intricate details about what went wrong and what was good for round one,” said Zhou.

“It was my team-mate who finished the day in P1, but in general I was a lot happier with the step we’ve done from Bahrain to Barcelona on the hards over one lap. Obviously, we’re never going to use the hards for qualifying performance, but still to have a good performance on the hards makes me a lot happier.

“That was one of the weak points we improved. At the same time, the starts weren’t great in Bahrain and in Barcelona we did loads of practice and I’m super happy with the starts. We changed something on the pedals as well, went back to last year’s setup, which made myself a lot happier. So, these key points have definitely been solved, so hopefully we can put everything together for the next few weekends.”

Things didn’t quite go to Zhou’s liking in Baku. It was a weekend marred by a throttle jam and a miserable feature race (on medium compound tyres), but he still managed to nab a sprint race podium to keep his title lead alive ahead of Piastri.

It was a lack of pace he expects to leave behind when F2 visits more ‘normal’ circuits for the next two rounds and the finale.

“In the last years, the first three tracks were the normal tracks and this year we have the first track that we raced [Bahrain] and then Monaco and Baku, which is new for these 18-inch tyres. The 18-inch tyres are quite a lot different compared to before in terms of how the car behaves and everything, so the way we set up, the way you have to drive in it is different.

“And obviously, it seems we lack a little bit compared to the real quick teams here in Baku but in general I’m really confident for the next few races when we’re back to the normal circuits. Silverstone and Monza I think we’ll be good there.

“Last year we had a decent pace in quali, but in the race sometimes, especially at the beginning, we lack a little bit of the long-distance [pace]. But this year is a little bit the other way around, but in general, we’re not out of the position, we’re always in the top 10.”

Drugovich had his own reflections on Monaco, where he claimed two podiums but was considerably off the absolute pace.

“I think, first of all, coming here for the first time, I didn’t adapt to the track very quickly,” he admitted.

“In qualifying I didn’t have all of the confidence that I wanted to have, so qualifying I wouldn’t really [rate it as] very well. Also because I wasn’t comfortable with the car.

“But race one obviously started from P2 [on the reversed grid], even though I wasn’t too comfortable, I was good enough for P2. Maximised what I could do there. 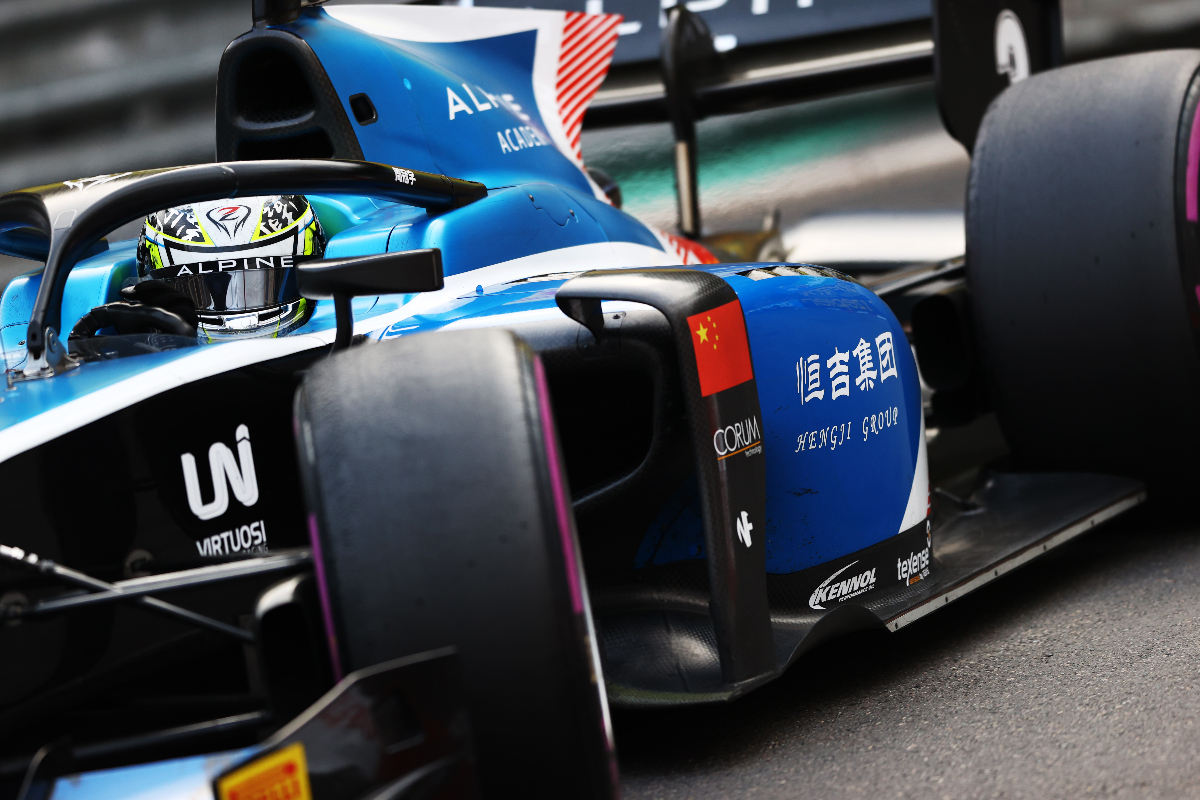 “And then this [feature] race we changed quite many things, I studied quite a lot with the engineers what I should do to avoid the problems that I had before and I just maximised everything that I could maximise, so I’m really happy.”

It will be a case of ‘wait and see’ to tell if Zhou is right, but there is every reason to expect Virtuosi to be very competitive at Silverstone as it has been for the past two years, and at Monza too where Ilott stalled but charged up the order to score points last year in an exceptional drive. The drivers are certainly implying the anomalous nature of street circuits is where Virtuosi struggles, especially over one lap, and there’s two more of those to come.

But what will be interesting to analyse in the coming rounds is whether the two teams have indeed converged in terms of their relative strengths. Baku and Monaco are hardly the best tracks to use to draw conclusions from, so it’s tough to tell right now.

However, it’s fascinating that the two teams have looked at the respective strengths of the other and tried to turn that into their own advantage. Who benefits more will be one of the storylines for F2 when it heads to Silverstone in July.

Alternatively, the other teams who challenged but weren’t quite there last year could come out on top. Carlin, ART and Hitech have already taken victories, with the latter dominating in Baku. By focusing on each other, Prema and Virtuosi may ultimately end up both being overhauled by a different rival to title success.

More 2021 F2 analysis
How Hitech GP stole the show in Baku
Opinion: Why stewards were right to let Deledda race in Monaco
The numbers telling MP Motorsport it needs to keep Verschoor
What Bahrain told us about who’s fastest in F2