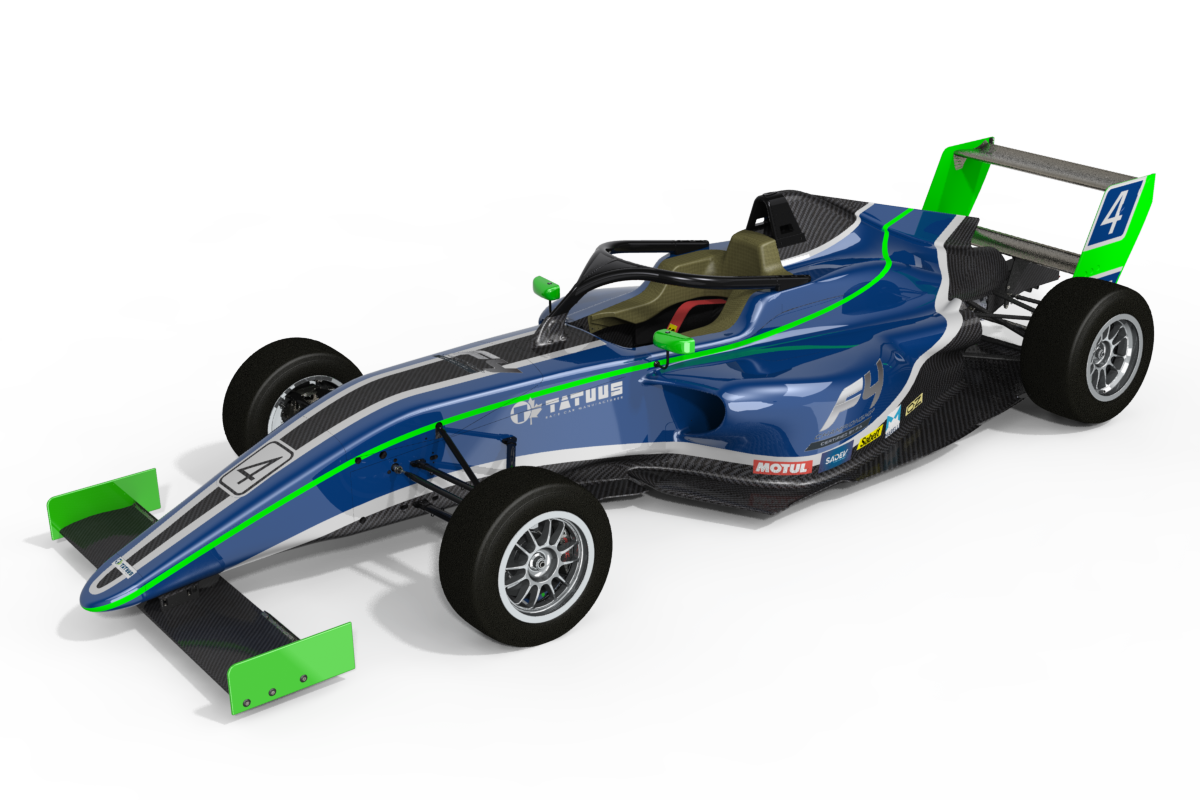 Tatuus’s second-generation Formula 4 chassis, shown to the world for the first time in March via digital renders, will make its competitive debut in F4 United Arab Emirates.

The winter series had for a long time been targeted for the debut of the car, which is being developed in parralel with Autotecnica which supplies Abarth-branded (and Sauber-engineered) engines to F4 UAE and several other series.

“We are very proud that F4 UAE will be the first F4 championship in the world to launch the new second-generation Tatuus F4 race car with the halo,” said Mohammed Ben Sulayem, the Emirates Motorsports Organization (EMSO) president.

In addition to the halo, another major change from the current T-014 car is a new steering wheel setup that will make the T-421 adaptable to hybrid power.

The first prototype is set to be on track in July, with another being used for homologation purposes, and its competitive debut could come in EMSO-organised non-championship races this December before the F4 UAE season’s January start.

“The changes have been made with driver safety as the most important aspect of the technical development of the cars and it’s a great opportunity for us and also our teams to get to grips with these changes in advance of the European season.

“We are grateful for the support of the FIA, the EMSO, Tatuus, Autotecnica Motori and our teams to be in a position to run the first competitive races with the second-generation T-421 F4 starting next season. This is also a huge step in solidifying the future success of F4 UAE which we are very excited to welcome.”

Earlier this year teams had been cautious at buying new chassis before the end of 2021 as the global pandemic took a financial hit, but the commitment to racing the car in the UAE is a strong sign that the ADAC and Italian F4 championships will be in a position too to switch over from the T-014 to the T-421 in 2022.