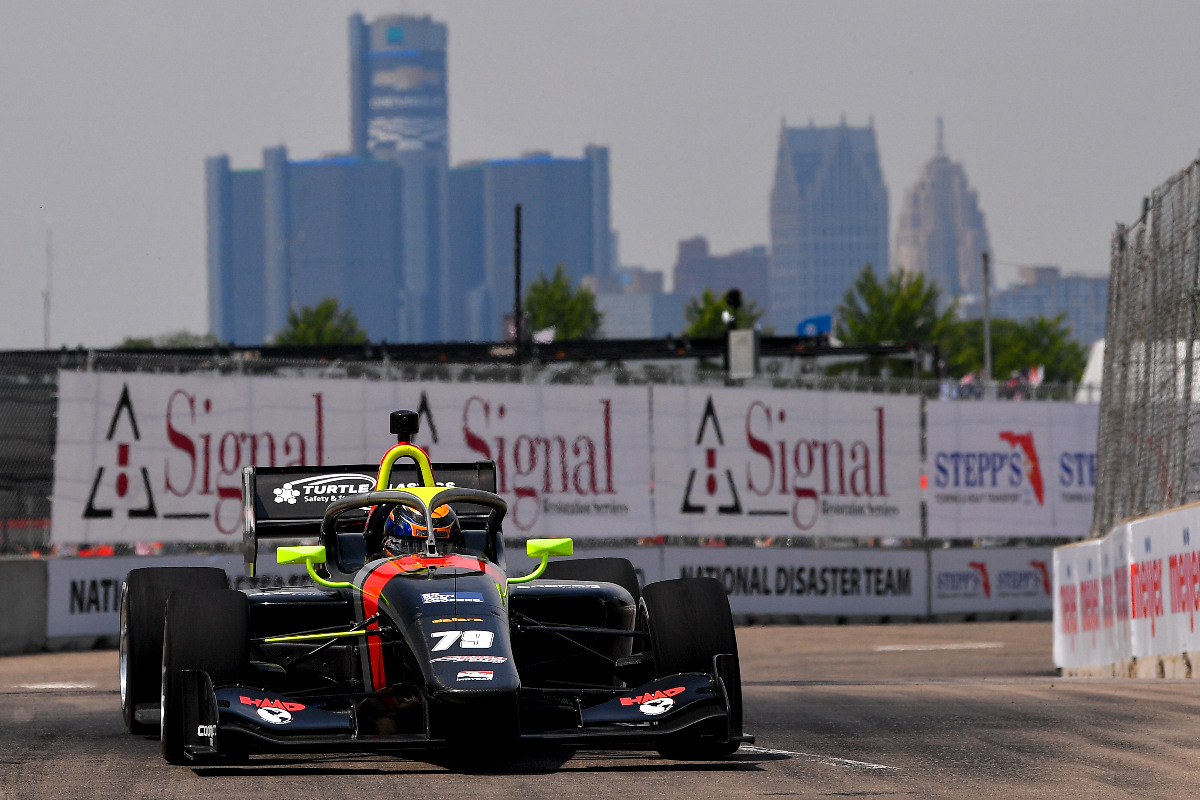 David Malukas may have lost the points lead in the second Indy Lights race in Detroit, but that was the least of his worries after striking a track-crossing animal.

A tricky weekend, which began with a free practice crash that damaged the gearbox and limited his mileage, gradually improved and culminated with a podium finish in race two on the city streets.

However Malukas’s run to third place wasn’t simple, as a failed animal crossing was on his mind.

“I think [I had the] most interesting [race] by a sad story. I came into turn four and I saw something in the middle of the track and I was like ‘what is that?’. And it sadly chose the wrong way, and walked into me,” said the HMD Motorsports driver.

“And I heard a thump, and I almost started crying for the rest of that lap. I’m going to say that was some bad luck there, I really didn’t mean it, but yeah it was very interesting.

“The way it changed my focus, I was really focused on Linus [Lundqvist] – what’s the gap, do I need to use push-to-pass – and I had Toby [Sowery] behind me, and all of a sudden I hit this squirrel and everything just changed, I kind of couldn’t work out what was going on and I got really flustered.

“I said my prayers that lap for the squirrel and kept going, and [later] I saw it chilling in the corner of turn four.”

With only four laps of the circuit completed in practice before his crash, Malukas went into the qualifying sessions – the second of which ran for less than 15 minutes – on the back foot but got up to pace and qualified second for race two.

“I think that was really good,” Malukas said of the salvage job of his points haul and pace.

“From going from race one to race two, this track is really tough to pass, especially with these bumps, and the straights are just so short. But I think we did good to salvage what we have after my mistake in practice one. The team put the car back together, it was good.”

Lundqvist, whose car is co-run by HMD and Global Racing Group, now leads the championship by one point over Malukas, with Andretti Autosport’s four points off the lead after winning both Detroit races.