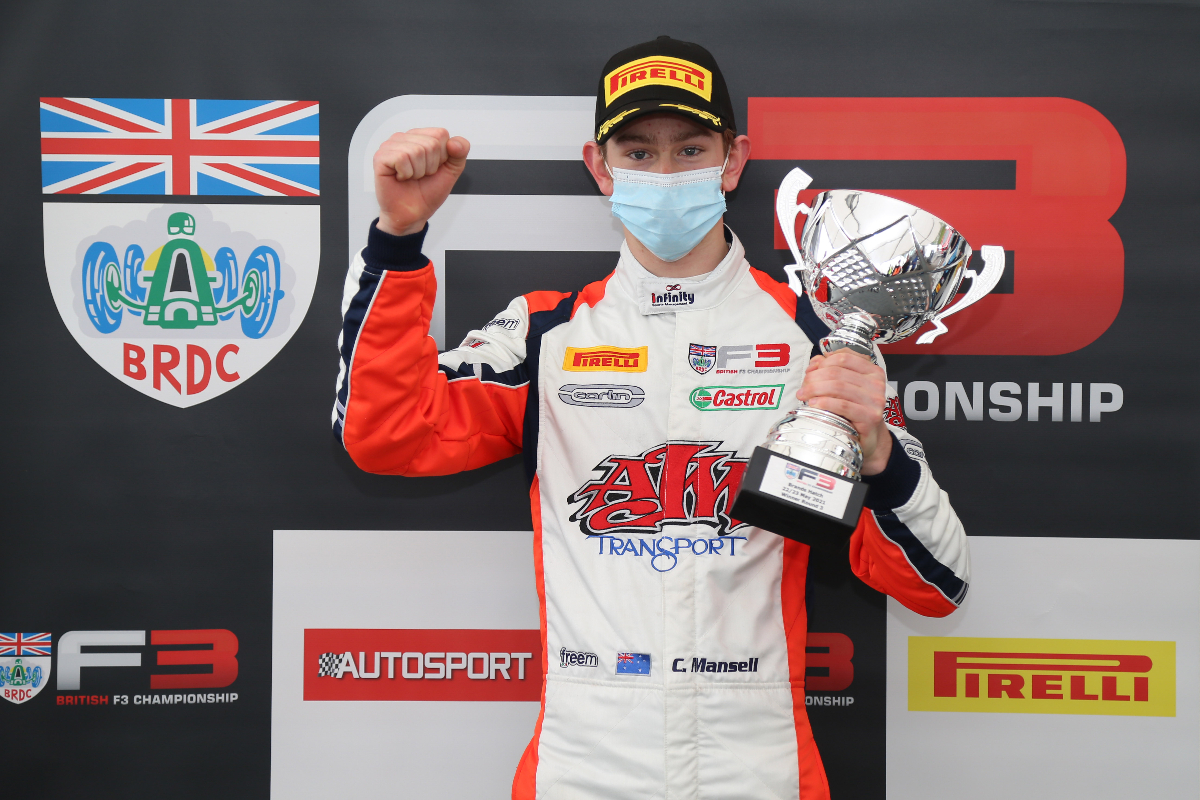 Carlin will make its Euroformula return in this weekend’s Spa-Francorchamps round with a single car entered for Christian Mansell.

The Australian currently races for the team in BRDC British Formula 3, where he is currently fourth in the points after winning race three of last month’s season opener at Brands Hatch.

That was his first competitive experience above Formula 4, having spent two years racing in the Australian and British championships and taking a win in the latter.

“I’m definitely exited for the weekend. I can’t wait to drive such a cool car at such a great track,” said Mansell.

“To be honest I’m going there with no expectations really; the plan is to drive as fast as possible and enjoy it.”

Carlin raced in Euroformula from 2016 to 2020, entering 84 races in the main series and winning eight of those. It also won a Winter Series race with Formula 2 and now Super Formula star Nobuharu Matsushita.

“This is a great opportunity for Christian to get some valuable track time in a different car and at a circuit he’s never raced at before,” Carlin’s team principal Trevor Carlin said.

“We think very highly of the Euroformula Open Championship and the opportunities it presents to the drivers, so this is a welcome addition to Christian’s and our 2021 schedule.

“Obviously, the car will take some getting used to however, after his strong debut in the British F3 championship at Brands Hatch, I have no doubt that he’ll learn quickly and enjoy the weekend.”