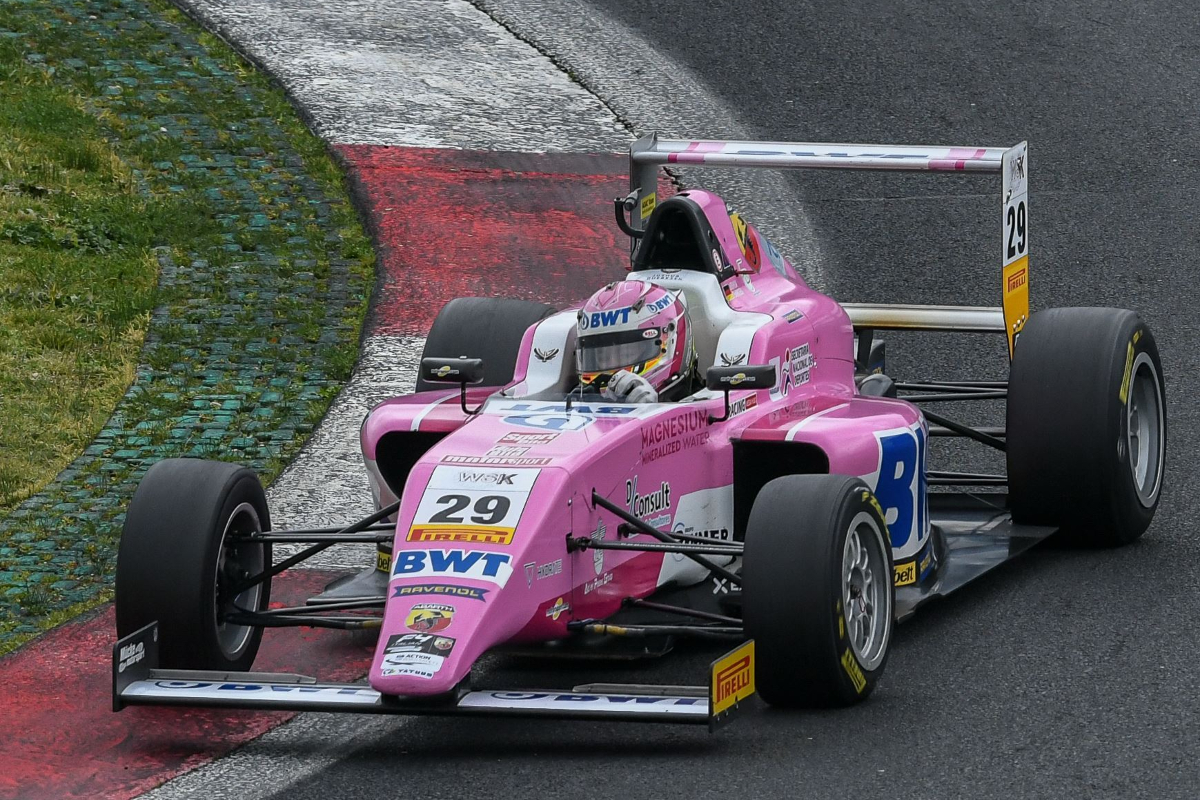 The Paraguayan was fastest in each of the three-hour sessions held on Tuesday, setting a 1m34.066s in the morning session and 1m33.913s in the afternoon.

Mercedes-AMG Formula 1 team’s protege Andrea Kimi Antonelli, who is currently still karting, was second to Duerksen in the morning by 0.319 seconds, but he was one of only two drivers who did not get faster after that and sank to ninth overall.

The other was Brando Badoer, son of former F1 driver Luca Badoer, was the other driver who set his best laptime in the morning and was 12th fastest for the same AKM Motorsport team that Antonelli was driving for.

Third fastest overall was Charlie Wurz, whose 2021 focus is a test programme with Prema over spending another year in karts. His team-mate Hamda Al Qubaisi ended the day in fourth place.

AKM’s regular driver Lorenzo Patrese was third fastest in the morning and fifth in the afternoon, while Jenzer Motorsport’s Francesco Braschi came in sixth place in both sessions.