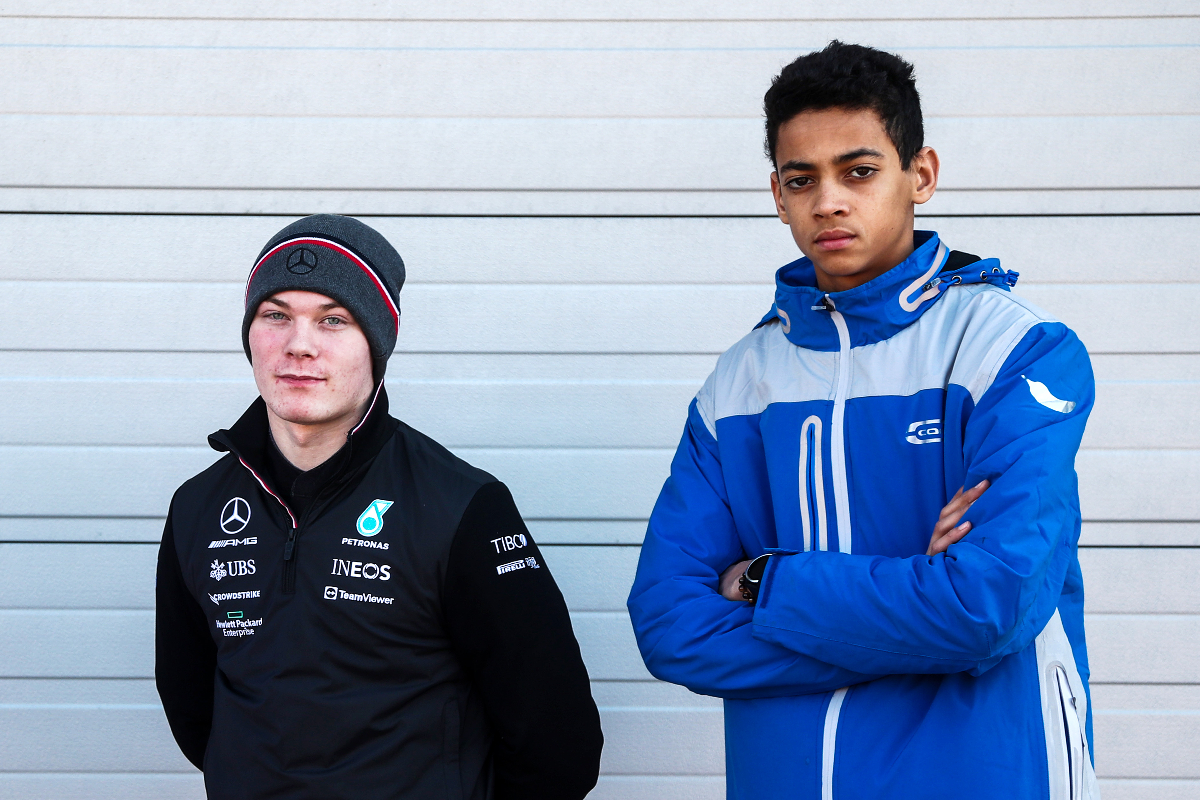 Ugo Ugochukwu and Daniel Guninchard are stepping up to British F4 and both part of F1 junior teams. After successful karting careers, the pair will have expectations to fight for podiums and more in 2022

There are three Formula 1 juniors racing in British Formula 4 this year, and two of them are car racing rookies. Ugo Ugochukwu is the only driver McLaren backs below F1, and Mercedes-AMG has recently signed Daniel Guinchard.

The pair will race for Carlin and Argenti Motorsport respectively, and arrive with quite differing CVs. Guinchard had a history-making karting career as he swept the British karting scene in 2021, becoming national champion on X30 Junior and Rotax Junior karts, as well as becoming Ultimate Karting champion and the British Kartmsasters GP winner with Rotax.

He already had success abroad too, as in 2020 he won the ADAC Kart Masters title for OK-Junior karts and the Rotax Max International Trophy. Despite his successes, the 15-year-old was surprised when F1’s recent dominator made contact.

“It was a big surprise when I got the message. It came off the back of my karting season which was pretty successful and made junior karting history which was pretty cool and then that must have attracted Mercedes to pick me up and support me into this season and hopefully the future,” he says.

“I think I can say for all three of us [second-year driver Ollie Gray has been signed by Williams] that when we got picked up by junior programmes it was obviously because we did a good job and showed them what we can do, so for me it just gives me that extra confidence because they can already see what I can do. Hopefully, I can just keep improving and performing every time.

“They give a lot of support physically, with budgets this year especially, nutrition – everything that you’d wish to have help with as a driver they give. I’ll be at a few F1 races with the team sort of learning how they operate and obviously meeting the drivers. It’s nice to be part of a family like Mercedes, they have a lot of success so it’s nice to be a part of them and seeing how they work together for success.” 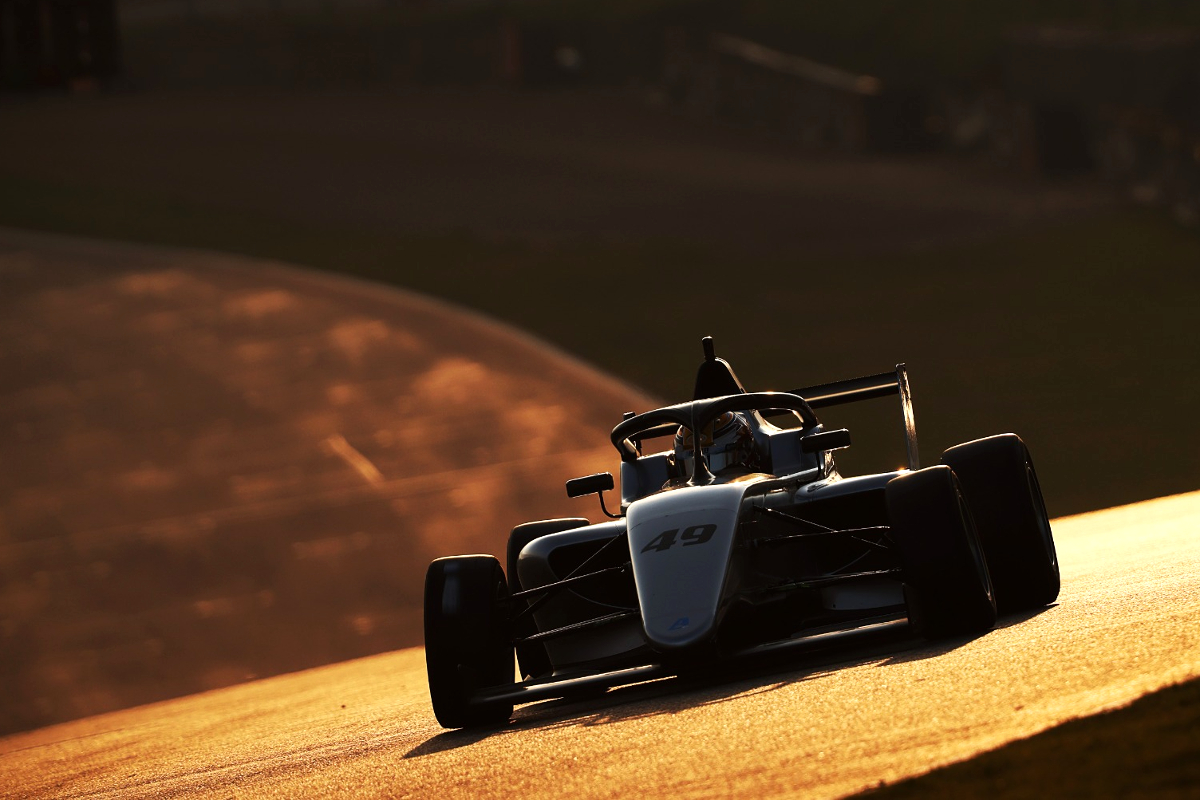 Unlike Gray who got to try British F4’s new Tatuus T-421 car in F4 United Arab Emirates at the start of 2022, Guinchard and Ugochukwu had to wait until pre-season testing recently to learn the halo-shod chassis.

“I didn’t do any of the UAE races so we got the car fresh in the UK with the team,” Guinchard says.

“It’s been really intense, pretty much every week since they got the car built for the shakedown and yeah very time we go to me and the team are just finding out more and more about the car and just improving every time.”

For 14-year-old Ugochukwu, the feeling was much the same. But the American karting star has already done extensive F4 testing in previous-generation cars and has driven at several UK circuits in the lead up to his car racing debut.

“Yeah, a lot of testing as well,” he admits. “Trying to go to mainly all the circuits in the UK, and yeah, learn the track for me as well but also for the team to understand the car fully.

“From my side being backed by McLaren, they’re a great team in this sport and I can get a lot of support through the junior series and for the season just fully focused on the season nothing else.

“I’ve been up to the factory a couple of times this year for training and seeing how everything is there. I think it gives you that confidence that you’re going to get some good support throughout your career. “

The pair talked about their hopes for the 2022 British F4 season and what it was like for them joining the championship from karting while others tackle closed-wheel car series such as Ginetta Junior first. Guinchard has a unique benefit of the continuation of being with the same team he has made karting history with – one with strong connections to Mercedes.

“When I stepped into F4 it didn’t feel like too big of a jump compared to make how some other people felt because it was with the same family I knew everyone around the team and it was the same faces pretty much. 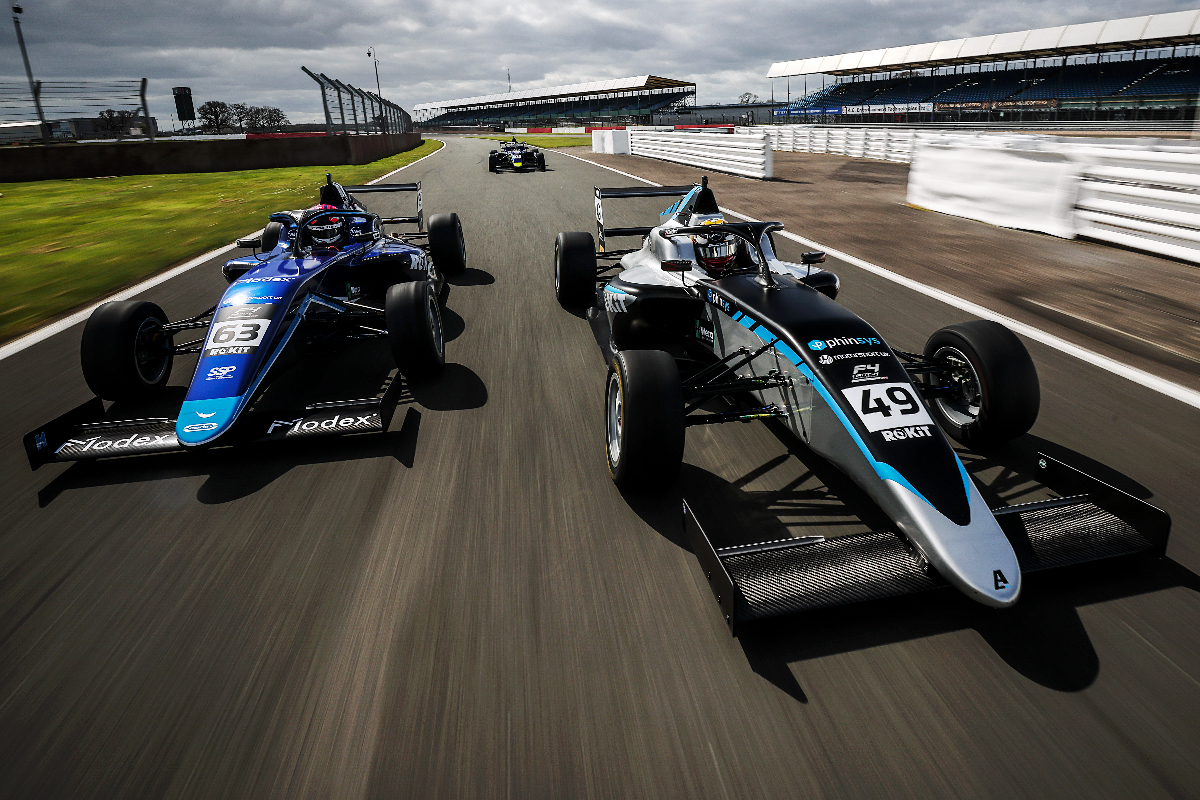 “So when I stepped up it didn’t really feel like a move away from home, it just sort of felt like I’d moved up a class. So I think that has definitely helped with the progression into winter as well because I haven’t had to learn a new team or anything and I felt at home since day one. “

For Ugochukwu however, he expressed that he was using his rookie season as more of a learning stage as he turns 15 on the eve of the Donington Park season opener on April 22-23, but he still wants to be fighting for podiums this season.

“It’s a new car this season so we need to try and learn was much as much as possible and that’s what we aim to do,” he said.

“As a rookie, it’s important to learn as much as possible but I think testing has gone well, we’ve seen some good potential and I think we can be fighting for the top.

“For me, it’s going to be so competitive, there’s going to be different people at the top at different tracks. So it’s a bit hard to say now who will be there at the end but I guess we just have to wait and see.”

Ugochukwu has been part of McLaren for a year, when he was poached from the karting arm of Sauber, and there has been a media buzz about the 2021 WSK Euro Series runner-up and 2020 European junior karting champion who is the son of Nigerian supermodel Oluchi Onweagba-Orlandi and her Italian fashion designer husband Luca Orlandi. Some even foresee a Lewis Hamilton-style progression up the single-seater ladder for Ugochukwu under the tutelage of McLaren.

“I think through your career you have to take it one step at a time, it kind of hard to know where you’ll be in four or five years time but I think you just have to focus on the job you need to do in the current season and everything else will come later.”

More on British F4
Scout Report: Ollie Gray
Where Motorsport UK is pushing with its plans for Britain’s junior ladder
The thinking behind the plan to revitalise British F4