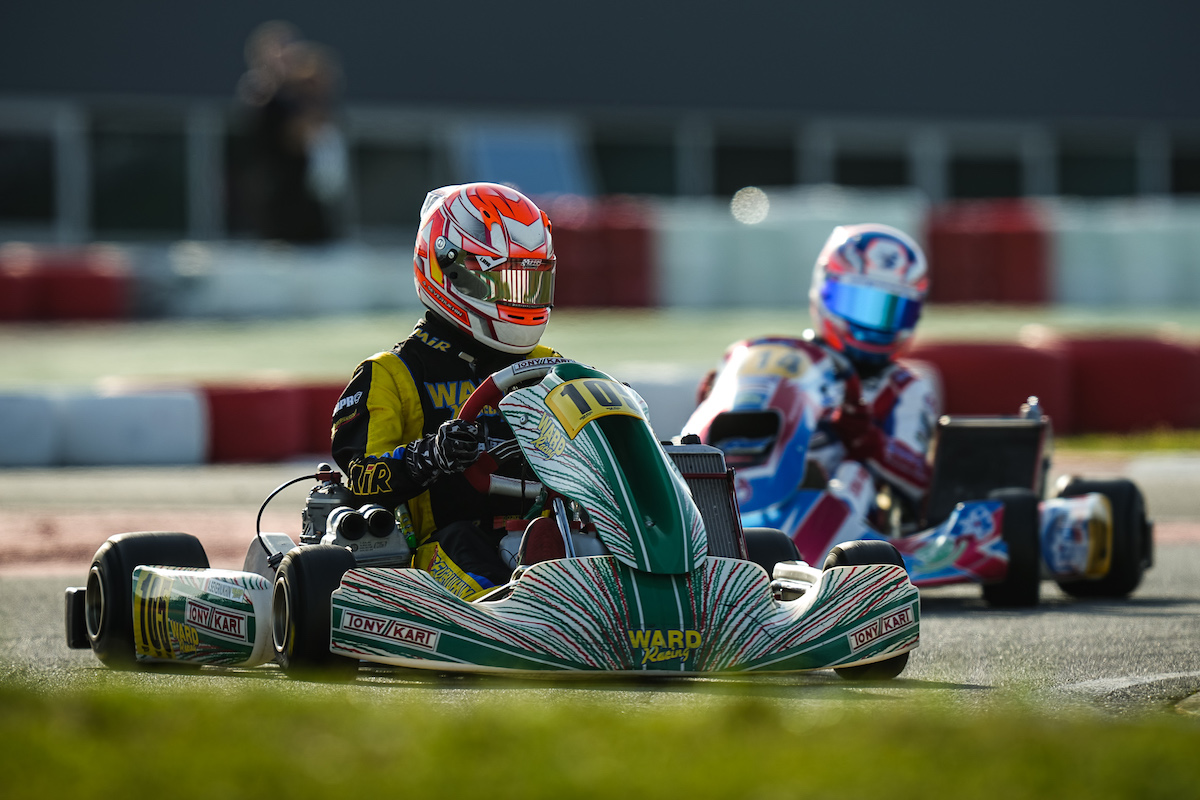 The FIA is investigating Artem Severiukhin after he made an alleged Nazi salute on the podium after winning in the European Karting Championship, and his team has terminated his contract.

The Russian was racing using an Italian licence and made the gesture while Italy’s national anthem played following his victory in the senior OK category of round one at Algarve on Sunday.

The FIA later disqualified Severiukhin and launched an immediate investigation into his “unacceptable conduct” and it will “communicate shortly on the further steps that will be taken”. A post-race bumper penalty for Tomass Stolcermanis meant Joe Turney inherited victory.

Severiukhin’s team Ward Racing said it was “deeply in shame of the pilot’s behaviour which it condemns in the strongest possible terms” and that “action will promptly be taken accordingly”.

It described his actions as “exclusively individual and do not represent the views and values of Ward Racing in any manner”.

“On the contrary, Ward Racing stands with the international community condemning Russia’s invasion of Ukraine and expresses its solidarity with the people suffering because of this unprovoked and horrific attack,” it went on to say.

“Since the start of the ongoing war, our firm stance has been demonstrated with ‘No War’ helmets and stickers.

“In addition, we currently have three Ukrainian families traveling with us because they have no home to return to. As Swedish citizens, we are furthermore proud of our country which made the historical decision to send weapons to Ukraine for the fight against the Russian army.”

It concluded: “Ward Racing sees no possibility for continued co-operation with Artem Severiukhin and will proceed with terminating his racing contract.”

The Russian Automobile Federation is working to clarify the circumstances around what it referred to as a “Roman salute” and said “we consider unacceptable any, even an accidental, manifestation of fascism and Nazism in Russian motorsport and among Russian athletes”.

“I want to apologise to everyone for what happened yesterday at the European Karting Championship,” Severiukhin said in a video shared on social media and by RAF.

“Standing on the podium, I made a gesture that many perceived as a Nazi salute. This is not true. I have never supported Nazism and consider it one of the worst crimes against humanity.

“But I raced under the Italian license and won under the Italian flag, and the guys in front of the podium showed me that in Italy in such cases it’s customary to hit yourself on the chest, in the heart area, showing gratitude. I just wanted to make that gesture and how everything else happened, I cannot explain.

Severiukhin was one of several Russians competing under Italy’s flag, while others raced as neutrals under the requirements set out by the FIA since Russia’s invasion.