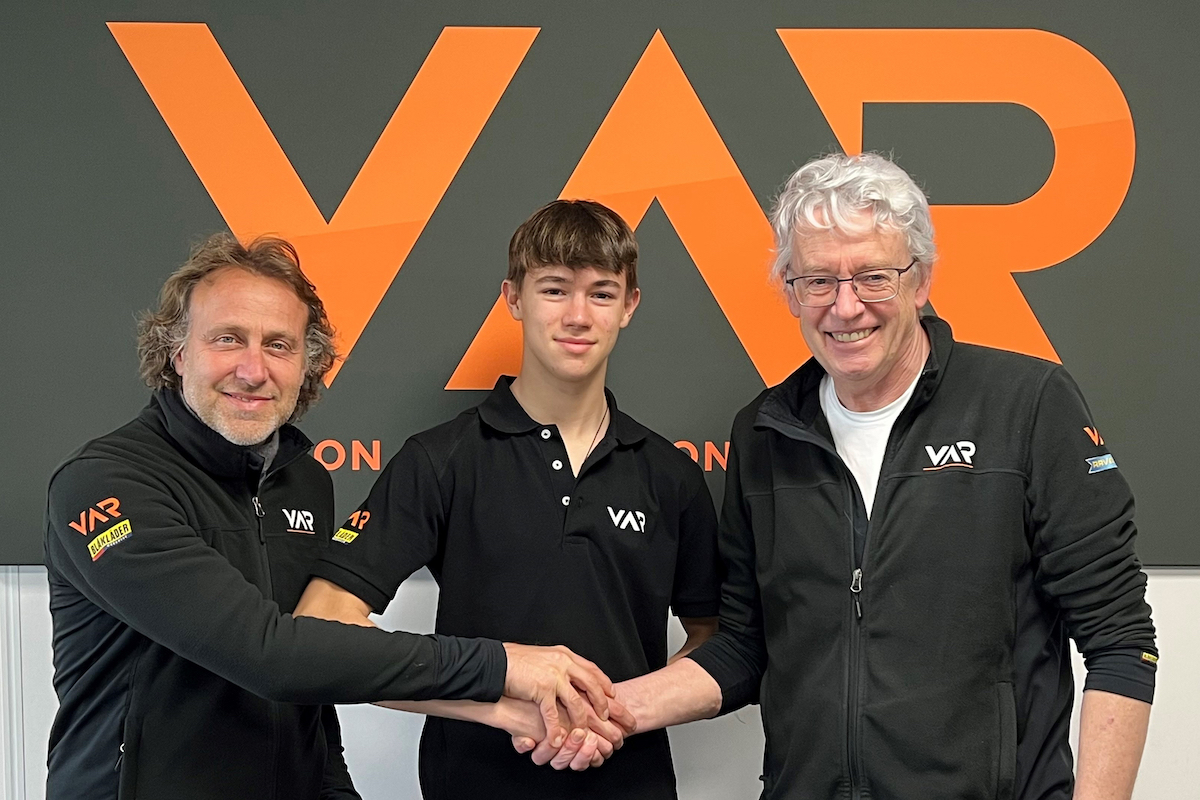 Brando Badoer will join Van Amersfoort Racing for the 2022 Italian Formula 4 Championship and selected rounds of the ADAC series after making his single-seater debut earlier this year in the United Arab Emirates.

The son of former Ferrari and Minardi F1 driver Luca Badoer participated in four rounds of the F4 UAE Championship with AKM Motorsport over the winter to get to grips with the second-generation F4 car, which will be also used in the Italian and German championship.

Badoer impressed in OK Junior karting in 2020 when he was second in the WSK Euro Series and third in the WSK Super Masters Series, and stepped up to the senior category last year while also joining Italian F4 tests as early as June.

“The step from karting to F4 is a big one, but I feel more than ready.” said Badoer.

“We are currently putting all our focus and energy in preparing for the season. In addition to pre-season testing on-track, I spend most of my time with my engineers at VAR’s headquarters in the Netherlands, where I do extensive sim work to familiarise myself with the tracks we’ll race on.

“VAR has given me a warm welcome and it’s impressive to see the level of dedication they put in supporting me and my career. I am extremely excited to get racing soon!”

As with its previous signings Martinius Stenshorne and Emerson Fittipaldi Jr, VAR did not announce which championships Badoer will race in, but he confirmed he will do a full season in Italy and select appearances in Germany. The team won both series last year with Ollie Bearman.

“We are extremely pleased to have Brando on-board,” Rob Niessink, VAR’s CEO commented. “It is clearly noticeable that he comes from a race environment and despite his young age, he understands very well what it takes to grow as a race driver.

“His experience with the new generation F4 car is obviously beneficial, not only for himself, but for the team as well. In the run-up to the start of the championship, Brando spends a lot of his time with us to fully prepare for what will be a challenging season.”

“As always, we put all our experience and dedication to use to support him in this ever so important stage of his racing career.”