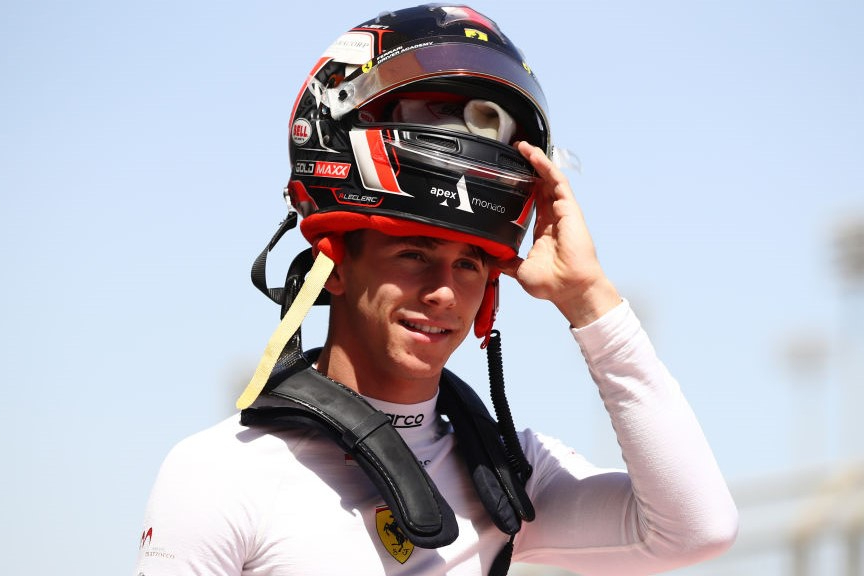 Arthur Leclerc says his domination of FIA Formula 3’s in-season test at Jerez last week shows he has made a step forward in outright performance as he focuses on improving his qualifying form.

Not only did the Ferrari academy driver grab the headlines by setting the fastest time of the test overall during the final afternoon’s running, but he also managed to top the times in three of the four sessions.

Even more impressively, he came out on top in the wet, in the damp and in the dry.

Speaking to Formula Scout at the circuit after the second day’s running, the Prema driver was extremely positive about the results of the test.

As he explained, he and the Prema team made a conscious decision to focus on outright pace.

“Yeah, we were a bit focused on performance,” he confirmed. “And I think we did a really good job. It’s the thing we had to focus [on]; we know that we have to work on [it], so I think we did a good job these two days. Now we need to repeat it in Barcelona.”

Prema showed strong race pace at round one in Bahrain, with Leclerc storming through the field in the feature race to finish second behind ART Grand Prix’s Victor Martins, having started back in 13th position. However, all three drivers had struggled in qualifying, with Ollie Bearman highest-placed in 11th.

Leclerc acknowledges that while “Bahrain was a bit easy because there was some opportunity to overtake”, the next round at Imola “will be a bit more difficult”.

“Qualifying will be much more important, so we are really working on performance here in Jerez and in Barcelona to come back stronger for Imola.

“I know that I am OK in the race, but at tracks like Imola where it is a bit more difficult to overtake, it is really important to qualify [well]. Even for my career in the future it is something that I think I should work on.”

Encouragingly, Leclerc felt that both he and the team had indeed made significant progress in this area in Jerez.

“Yeah, of course, I think it’s stronger. I think we did a step or two together. I think I did a step myself, I feel, so we can see it in the results. Now we and I just need to keep working and going this way,” he said.

The second and final in-season F3 test takes place this Friday and Saturday at Barcelona, following three days of F2 running at the same circuit.