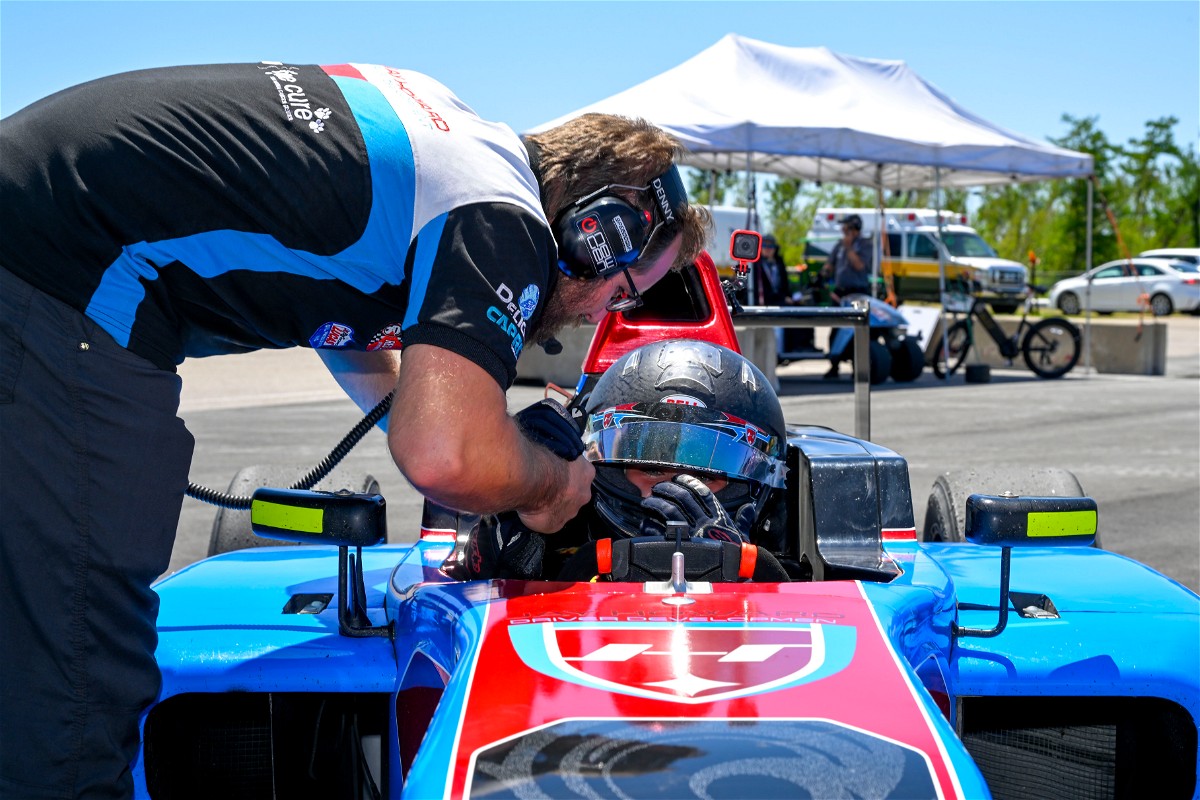 Velocity Racing Development pair Matt Christensen and Noah Ping set the pace in qualifying, with Crosslink/Kiwi Motorsport’s Bryson Morris and Hughes the only drivers within a second of their pace on a grid that ballooned to 23 cars in the days before the season opener.

Christensen led the early action in race one, with Ping dropping to fourth on lap three. On lap eight of 15 the gaps between the lead quartet closed up as Jensen Global Advisors’ Maximilian Parker got into trouble and caused a caution period.

Racing resumed on lap 11 and Ping rocketed up from fourth to first. Two laps later he was under pressure though as he was slower than the trio behind, and he made contact with team-mate Christensen going into the turn five right-hander.

They both retired, and Hughes got by Morris and the crashing cars before yellow flags were waved to neutralise the race again. The second caution period ran to the chequered flag, meaning 2019 Australian F4 runner-up Hughes won ahead of Morris and his team-mate Ryan Shehan.

Morris went one better in race two, which was split into two by red flags. Before the stoppage it was a battle between Morris and Christensen for the lead, but after that it looked like victory would go to the latter as he opened up a three-second gap up front.

Tyre management allowed Morris to then reduce that gap, and he caught back up with Christensen early enough that once he passed him for the lead he then had time in the last few laps to open up his own 2.923s lead.

Ping rose from sixth on the grid to finish third, 8.843s back and just ahead of Shehan and Hughes.

The winner in race three was Velocity Racing Development’s Nicholas Rivers, returning to US F4 after a year out, who took three laps from the start to go from third to first. It was arguably a more difficult race for him once he led, as there was two safety car restarts and pressure from Ping who passed with two laps to go. Rivers reclaimed the lead on the last lap to nab a historic win.

A penalty for causing a collision dropped Ping to 13th and brought Hughes to second, meaning he leaves NOLA with a healthy points lead. Louka St-Jean would have made the podium as a result of the penalty, but he copped his own so Alex Berg was classified third.