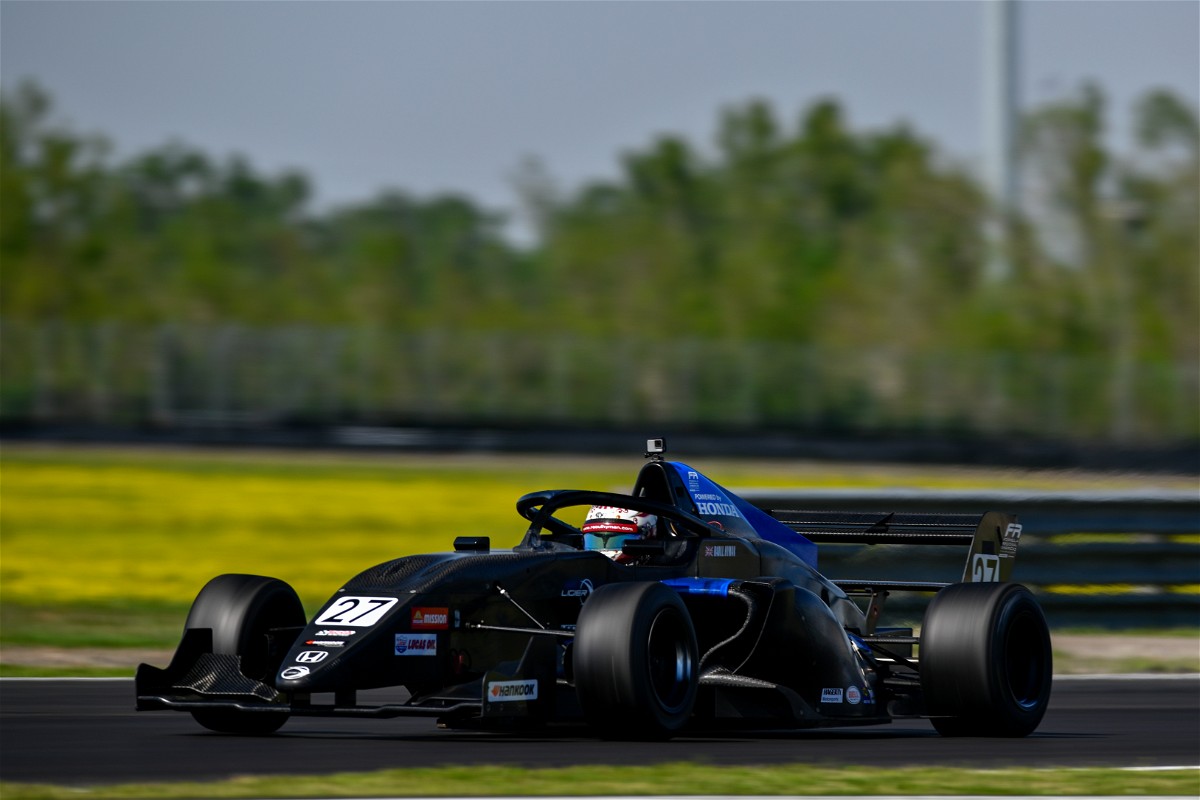 Racing returnee Raoul Hyman showed what the world was missing on his comeback weekend in Formula Regional Americas at NOLA Motorsports Park.

TJ Speed signing Hyman has been out of motorsport during the COVID-19 pandemic, and he immediately took pole on his return but lost the race one lead to Mac Clark just a few second in as the category rookie made a faster start.

Clark initially had his mirrors full, and got his lead out to 1.28 seconds by lap seven before Hyman started closing back in again. By lap 13 of 23 there was just three tenths between the two, but Clark pulled back two tenths of a second.

With three laps to go he had got his lead up to 1.1s, but Hyman pushed hard and finished only 0.26s behind.

The pair’s pushing of each other late on meant they were more than a second per lap faster than everyone else, and third placed Dylan Tavella found himself 25s behind at the finish.

Hyman managed to conert pole into victory in race two, as Tavella came from fourth on the grid to fight with Clark. The pair’s battle allowed Hyman to slip away, with a four-second gap by the end of the race between the winner and runner-up Tavella.

Taking fastest lap in race two put Hyman on pole for race three as well, but the 2018 FRegional Asia champion was defeated again as he finished third behind first-time winner Tavella and Alder. Clark had a busy battle that prevented him from fighting at the front, and he finished just behind Ryan Yardley in fifth.

After three races there is nothing to split Hyman and Tavella in the standings, with both on 58 points. Clark sits eight points back in third. In total, 13 cars entered the season opener.