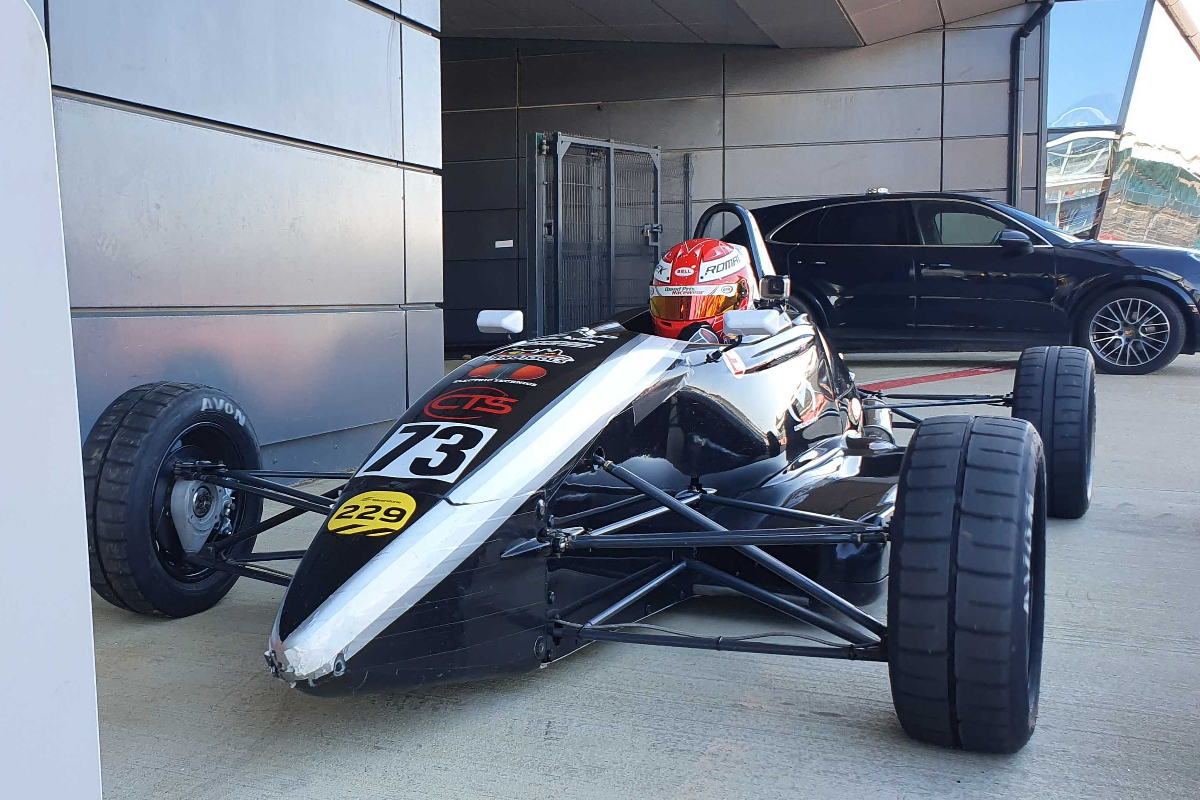 Colin Queen started on pole as a result of winning race one, and resumed his rivalry with Jordan Dempsey from that race.

Dempsey went for the lead at Taylor’s hairpin on lap four, taking the inside as Queen left the door fully open. They were side-by-side on the exit of the corner, and then made contact and veered off track. Dempsey rode over Queen’s cockpit, and thankfully Queen not only emerged uninjured but like Dempsey also was able to keep going and return to the asphalt in eighth and ninth.

Jamie Sharp inherited the lead ahead of Romanek and Morgan Quinn, with Andre Lafond trying to make it a four-car lead battle.

Having battled through race one, Romanek knew where to pressure Sharp and it kept the top four tight. He also went for the lead at Taylor’s, and his attempt also resulted in a lead collision. Romanek went all the way around the outside of Sharp, but as their rear wheels rubbed at the exit Sharp went spinning onto the grass.

Romanek now led Quinn, Lafond and a chasing Ben Cochran, while Queen had progressed up to fifth at the same as Dempsey had plummeted to 14th.

In the second half of the race there wasn’t much Quinn could do about Romanek, who eased away to claim a maiden victory by four-and-a-half seconds.

The fight for third was far closer, with Lafond leading Cochran and Queen in a small train of cars lap after lap. Cochran eventually managed to pass Lafond, while Queen tried on his Ammonite Motorsport team-mate on the last lap before the chequered flag was shown at the same time as the last lap boards. He didn’t complete the move, and stayed behind for what was the final lap before the results were put back a lap.

Kevin Mills Racing’s guesting Andrew Rackstraw did get a last-lap move done, passing the third Ammonite car of Shawn Rashid for sixth place. Dempsey and Sharp ended up 15th and 16th, but Dempsey holds on to the points lead over Queen due to 10th placed Michael Gray and the Scottish FFord drivers behind him not being eligible for points.