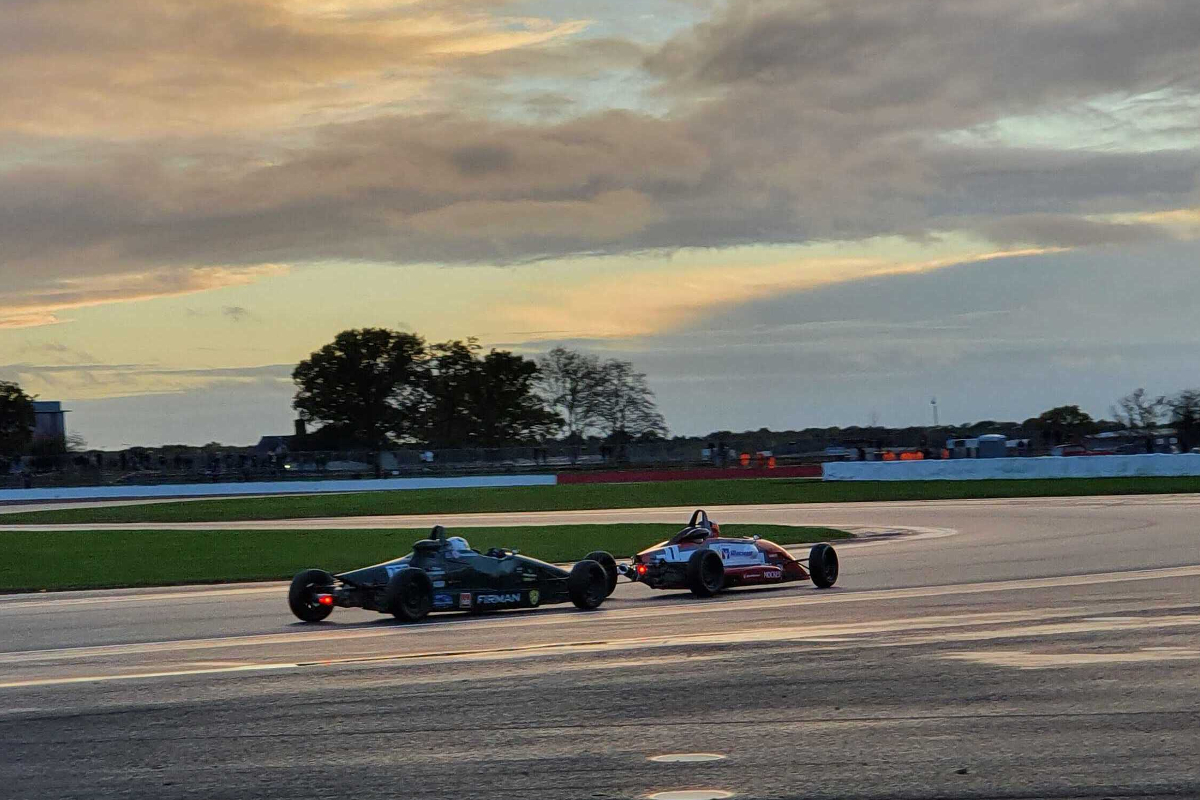 The Walter Hayes Trophy delivered thrilling on-track action once again, and storylines on and off the track

Following the rain-shortened Formula Ford Festival, there was even more drama two weeks later at the Walter Hayes Trophy and a final result that once again was questioned after the finish.

The process to appeal the race result began almost immediately after the finish of the final, and it was soon clear that the result would be provisional while that was taking place.

Due to the podium ceremony not finishing until half an hour after the race, it delayed the evidence-giving process. Once the clerk of the course decided to give a penalty to on-the-road winner Max Esterson and an amended result was published, 107 minutes had already passed. And nobody saw that result until a little while later.

But by the time it had been publicly released, an appeal of the penalty was already underway. After Esterson and Kevin Mills Racing’s Tom Mills were summoned back to race control for that appeal, it wasn’t until 147 minutes (2h28m) after the race that it was determined that the clerk’s decision would stand and the amended result would be the final result.

Mills left shortly after with confirmation, but another quarter of an hour passed before Ammonite Motorsport driver Esterson left the stewards as his team decided to take their appeal to Motosport UK. It normally sits once a month, so the case will hopefully be heard before the end of 2022.

No official winner’s photos were taken with Don Hardman Racing’s Joey Foster, who provisionally inherited the victory, as he and almost all of the rest of the paddock had left Silverstone by the time the results were amended, and many did not learn of the penalty until arriving home later in the evening. 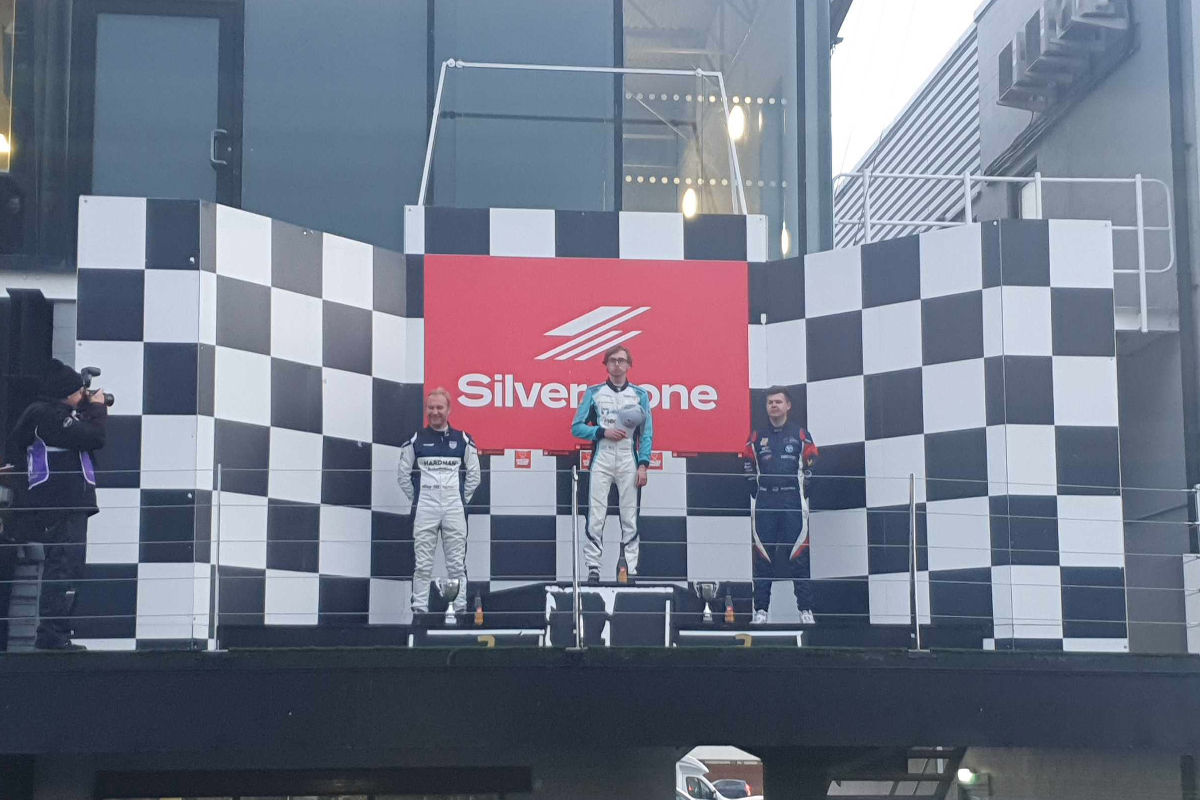 Some commented they had never seen an incident lead to such lengthy summonings before in club racing, but it is not unusual for such high-stakes decisions to play out this way. Both British GT and British Formula 4 have had race results go to the national court this year.

Border Reivers’ Mike Epps started his Walter Hayes journet at Spa-Francorchamps, where he was coaching Formula 4 drivers on Thursday for School of Send. He then drove overnight to arrive at Silverstone in the early hours of Monday morning, got some sleep before hopping in a FF1600 car for the first time later that day for testing.

Epps last raced single-seaters in 2014, with more recent experience in the British Touring Car Championship, but he was immediately competitive as he qualified sixth for heat one on Saturday morning. He was then running in fifth during his heat when a split in the carburetor gasket caused a fire in the car. Having seen the flames in time, Epps pulled into the pits to retire and it ultimately saved the engine from fire damage. However it also meant he would start 23rd in the Progression Race.

That proved no issue for Epps, getting up to 17th by the first corner on a wet track. He was up to 13th by Maggotts, 11th at Brooklands, and ninth when the race was red flagged as he got onto the pit straight.

As less than a lap was completed, the race restarted with the original grid order, minus seven retirees from the original start. That meant Epps started 19th on the 23-car grid. He overtook 10 cars between Copse and Maggotts, then using the inside line down the Wellington Straight got into third.

Turning into Brooklands he went down the inside of Neil Richardson for second place, then using as tight a line as possible again he overtook Neil McArthur for the lead exiting Luffield. He finished lap one in the lead by 0.434 seconds, and met the chequered flag five laps later with a margin of 9.383s after going two seconds per lap faster than anyone else.

Driver coaching at Spa on Thursday 🇧🇪
Test a #FF1600 for first time on Friday 🌦
Had an engine fire on Saturday 🔥
Dominate Progression Race on Sunday 💯🎵🎵@EppsRacer has had quite a Walter Hayes Trophy weekend with @BorderReivers so far pic.twitter.com/c2ssxEzmLS

Border Reivers team principal Stuart Thorburn raved about Epps’ performance, but the joy was short-lived in the Last Chance Race that followed. This time Epps went from 28th on the grid to 10th on lap one, but contact with Josh Le Roux at Copse meant he retired on lap two and his weekend was over.

Don Hardman was able to field three 2022-spec Firmans for the first time at the WHT, and he had an all-star line-up.

Morris usually races a Royale RP29 from 1981 when competing in FF1600, so to drive a contemporary machine was a new experience for the category veteran. Foster helped him through set-up and tyre pressure choices during testing and qualifying, as well as the complexities of a more modern FF1600 steering wheel, and Morris qualified 20th in mixed conditions.

He rose up to 15th in his heat, putting him on the front row for the Last Chance Race, and was in ninth in that when a spin for Mark Armstrong led to Morris ripping off his rear-right wheel as he struck the sideways car.

White meanwhile only began his weekend in the Progression Race, starting at the very back of the grid in his Duckhams-liveried car. He was fighting for a spot in the top 10 when the red flags were waved, which led to him contesting the restarted race without a nosecone.

“It was a really last-minute deal. I really wanted to do the WHT, Don and Joey always put out great cars, so I decided to do a deal,” he explained. “I couldn’t do the Saturday because dad was away, so the only option really was just do Sunday. 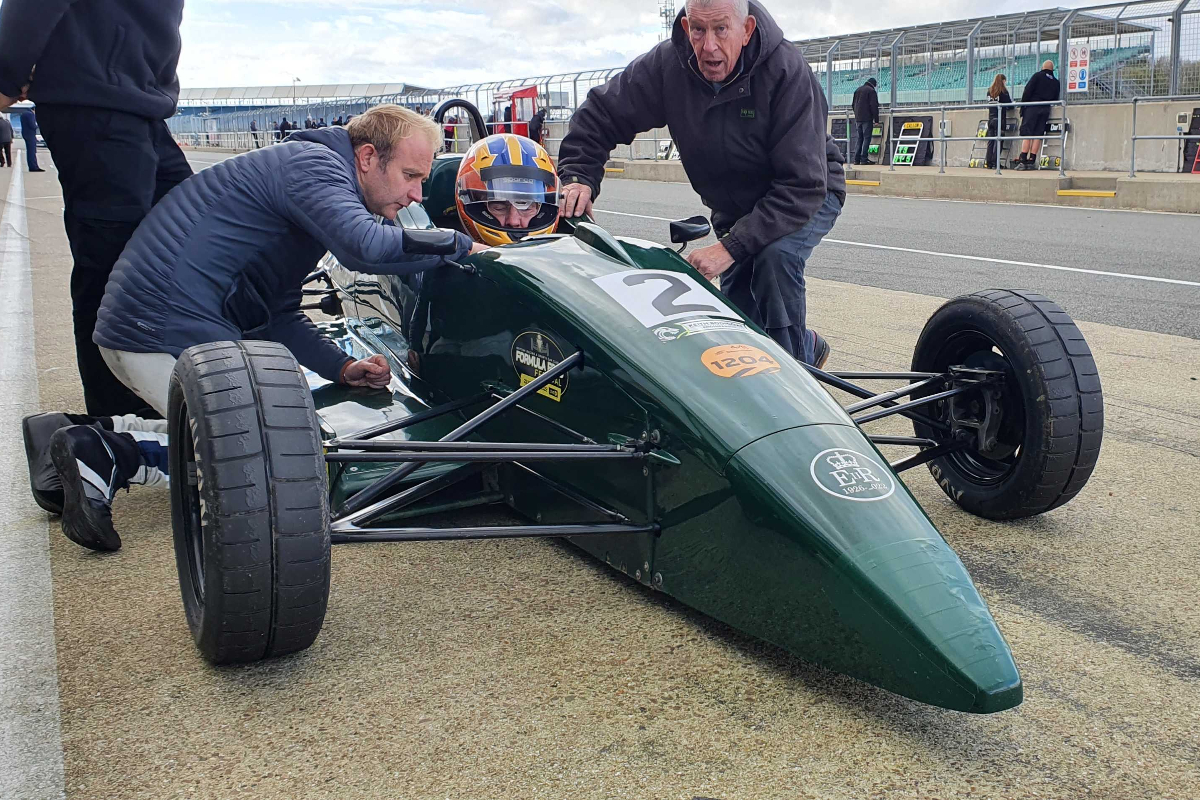 “I did hardly any testing, I think eight laps on Thursday. And we had an oil leak on the engine, so that was that. And in the wet. I’ve not made it easy for myself this year.

“They put the red flag out at the wrong moment when there was loads of us in a straight, we all slowed down all of a sudden and I had nowhere to go. I just touched the back of the car in front, smacked the nose off.

“I then had an off in the gravel [after the restart], and as I rejoined Adam Fathers touched the back of me. My rejoin wasn’t 100% safe unfortunately, so I apologise to Adam for that.

White started last for the restart and got up to fourth within four laps. But he then had his gravelly off and it meant he finished seventh. That left him 34th on the Last Chance Race grid, but he was able to overtake 20 drivers on lap one. A gap had already emerged to the pack ahead though, and meant he could only make it up to eighth.

That translated to 32nd on the grid for semi-final two, and by making it up to 18th he secured the last spot on the grid for the final. White wasn’t wrong about not making it easy for himself, running 29th before pulling in to the pits on the last lap.

While it is “50/50 at the moment” on whether he will get a second season in Porsche Carrera GB for 2023, don’t be surprised if he’s closer to 100% on getting back into the Firman to attack next year’s WHT.

During testing on Friday, there was a major crash that prevented a driver from competing in the weekend. In a session open to other open-wheel cars in addition to FF1600 machines, a crash occurred when the session was stopped due to a Formula 3 car being stationary on track. 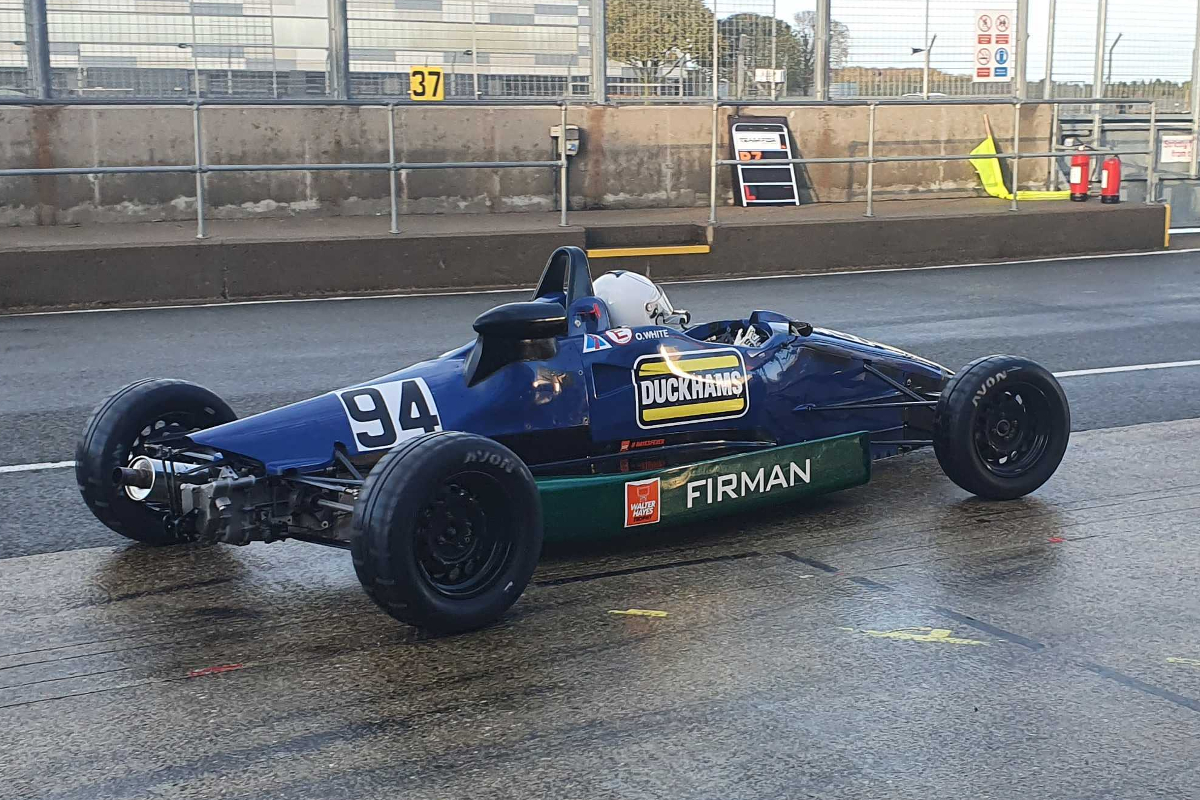 FF1600 cars were running in a line down the straight where it was, and towards the back was Riadro Motorsport’s Bob Higgins. He did not spot the F3 car until it was too late, and ended up in a crash which ripped his Macon MR7 to pieces and left Higgins unconcious and with some memory loss. After being helped by marshals and leaving the crash scene, he was taken to hospital for checks. The team posted to Facebook on Monday “that Bob is on the mend”.

One of the fastest and most impressive drivers of the weekend was Cameron Jackson, in a Neil Fowler Motorsport-run Van Diemen RF90.

The different tyres with deeper grooves that older cars use can make them faster than newer cars on slicker all-weather tyres, and Jackson made use of this to qualify third for his heat. He then fought for the win, pulling off an incredible move on Foster for the lead at Brooklands, but was passed back and finished 0.362s behind in second place.

Jackson followed that up with eighth in semi-final one, after a clash with Elliott Budzinski dropped the pair down the order, and following that he then had the Janet Cesar Memorial race for pre-’99 cars. From pole position, Jackson took an assured race win on-the-road but towards the end was given a 10s penalty for “gaining an advantage”, with no other communication as to the context of the offence.

It meant he was classified fifth instead, and the Neil Fowler team appealed the penalty. There was a tight turnaround for the final, which Jackson was due to start from 15th place, and he had to argue his case to race control quickly. The option of hearing the case after the final was not provided, and it meant Jackson was held up in the stewards’ room while cars went to the assembly area for the final.

The signal to send the field to the grid was delayed by four minutes so Jackson had any other late arrivals had the opportunity to arrive, but he was not able to leave race control and so the first reserve was put on the grid while Jackson missed out on a well-deserved place in the final. It was a situation he was not happy with at all afterwards, and was in contrast to last year’s final where cars were held in the assembly area for far longer as last-minute changes to the grid were made. 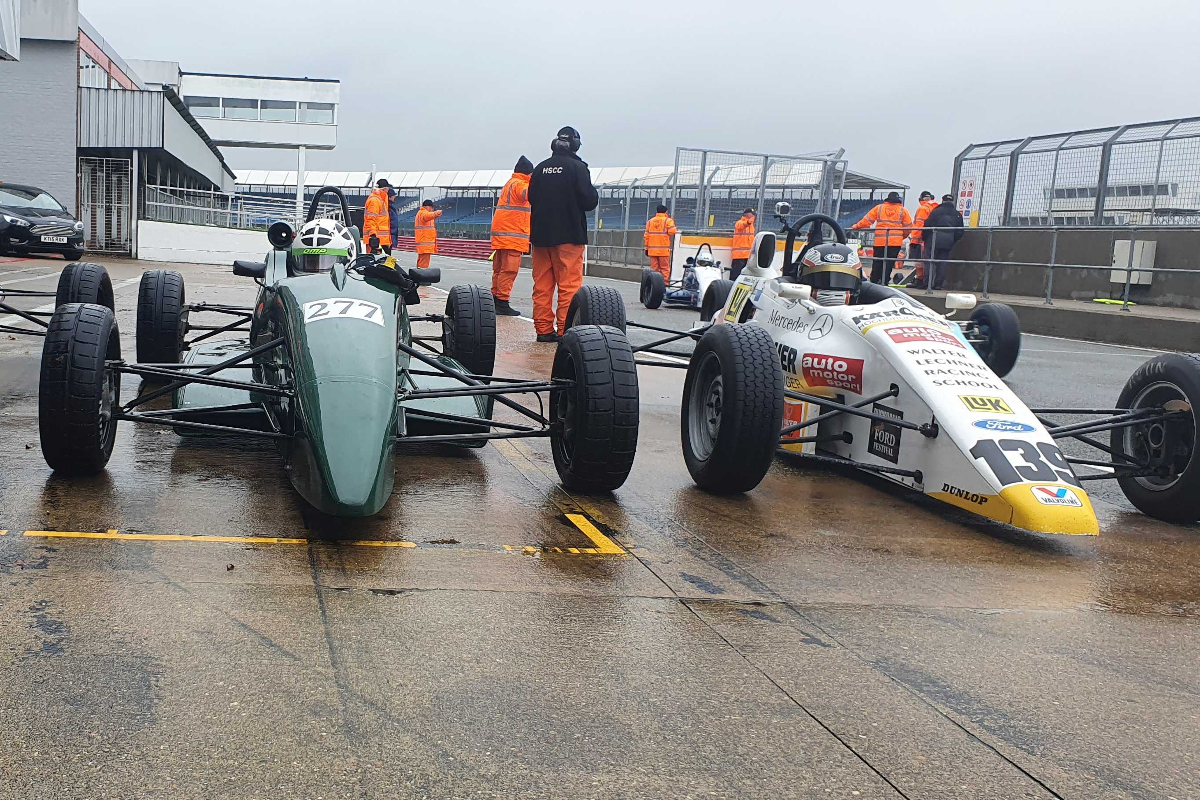