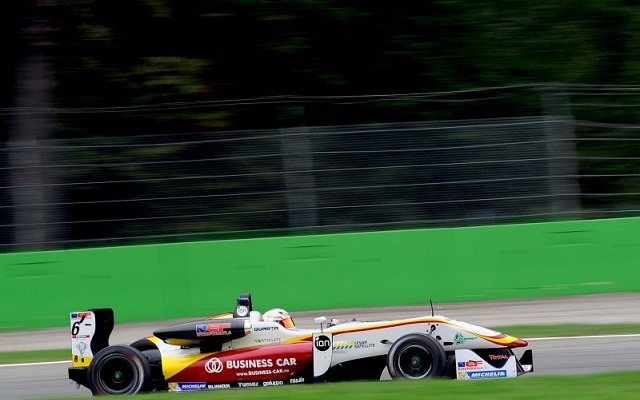 Euroformula Open championship contender Konstantin Tereshchenko claimed a crucial pole for the Sunday race of the penultimate round at Monza.

Tereshchenko, who now trails points leader Vitor Baptista by 13 points, denied Damiano Fioravanti with a last-gap lap, the Italian forced to settle for second instead of what would’ve been a career-first pole.

Indeed, Fioravanti held a monopoly on the lead in the closing stages of the qualifying and looked set to end the session on top of the timesheets.

However, Tereshchenko very narrowly managed to squeeze in one final lap after the chequered flag and it proved enough to beat Fioravanti by two tenths.

Thai rookie Kantadhee Kusiri was an impressive third even despite having his best lap erased due to track limits, while compatriot Tanart Sathienthirakul was fifth, the duo split by Igor Walilko.

Leonardo Pulcini and Antoni Ptak made up the top ten.