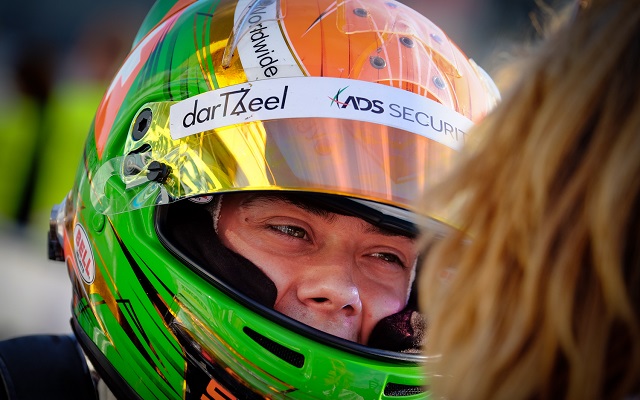 Louis Deletraz became the 2015 Formula Renault 2.0 NEC champion after triumphing in the second race of the final round at a wet Hockenheim.

The conditions in the race were so dire that two AVF drivers – Denis Bulatov and Henrique Chaves – went off into the gravel during the outlap.

The race, as such, started with two laps under safety car and the racing then kicked off with Deletraz quickly building a lead from?his JKR teammates Kevin Jorg and Dries Vanthoor.

Meanwhile, Ukyo Sasahara, the only driver who had a mathematical chance to steal the title from Deletraz, was one of?three drivers to have?an off at Mobil 1 Kurve during the first green-flag lap, which saw him drop to sixth from third.

The other two were Max Defourny and Jehan Daruvala, the Indian struggling massively during the race and running off-track several times, eventually ending up in the wall.

Sasahara?regained two positions after Darius Oskoui pulled and Nikita Mazepin hit the wall, but the Japanese driver couldn’t keep up with the leading trio and had to work on keeping Bulatov at bay instead.

At that point, the lead of the Josef Kaufmann drivers’ was up to 23 seconds but their advantage disappeared when Bruno Baptista,?another casualty of the treacherous conditions, beached his car in the gravel, triggering the safety car.

However, with only three minutes left on the clock, the racing did not restart and Deletraz crossed the line first to celebrate the?title and his ninth?win in the series.

Jorg and Vanthoor completed the second JKR 1-2-3 of the season with Sasahara taking fourth as best of the result.

The top ten was completed by Chaves,?Defourny and Colin Noble.