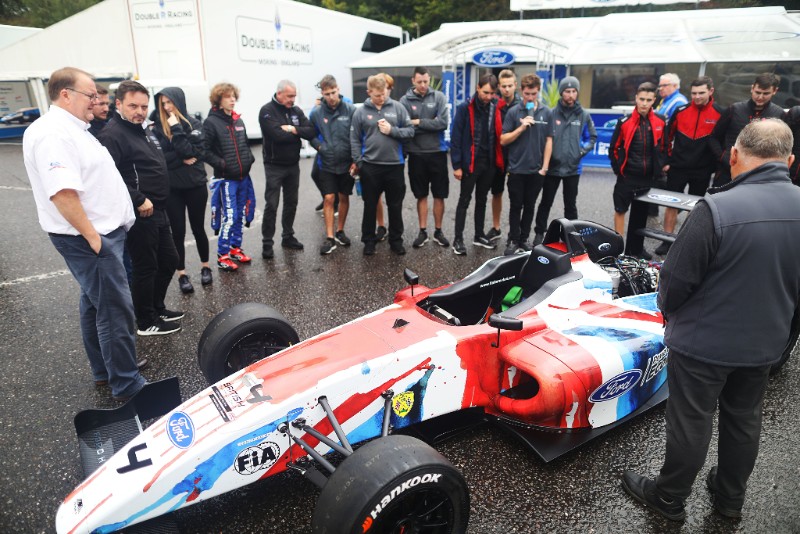 British Formula 4 teams have responded to the championship’s announcement that it is evaluating a switch to hybrid power “in the not so distant future”.

Since replacing British Formula Ford in 2015, the series has used a 1.6-litre Ford engine, and a demonstration car with a 1.0L three-cylinder engine and 48v mild-hybrid system will run next year to help evaluate whether hybrid power should be taken up.

Two of the teams spoke on the record to Formula Scout about the move, and raised concerns about parity and weight.

“I don?t know much about [hybrids], but I guess it?s the way the world is going with hybrid technology,” said Carlin’s Gary Bonnor.

“It’s probably quite a brave step to make for such a junior category. Already, the turbo-engined cars tend to have a bit of a power discrepancy, more so than the naturally-aspirated stuff. It will be interested to see how the hybrid technology works and whether or not they can create a level playing field on a junior category.”

Carlin ran Zane Maloney to the 2019 British F4 title after a one-year absence from the series, and was also a title-winner with Lando Norris, Max Fewtrell and Jamie Caroline.

Double R Racing was champion with Kiern Jewiss in its absence last year, and also won the 2019 teams’ title thanks to the efforts of Maloney’s rivals Sebastian Alvarez and Louis Foster, and Reema Juffali.

“What we have now is an F4 car that, in my experience of motor racing, certainly I can only speak from experience in the UK, is already too heavy,” said Double R team principal Anthony ‘Boyo’ Hieatt.

“My thoughts are that we should go in the direction of making the cars lighter. Maybe if they?ve developed a battery pack that is light, and with a very light engine, and we end up losing 20kg from the car – I can see this as being a definite benefit.

“But if, which could be a good possibility, that we put 20kg on the car, then I see it as a negative.

“Dallara has made a great effort to make its new 320 car [to be used in Euroformula Open and Japanese F3] lighter, and this is a direction I?m really keen that the industry should be going in. Not making even heavier cars all the time.

“I?m passionate about racing light race cars. I think in the junior end of the market, we have to give simple, affordable, reliable cars. And I think that?s the direction people should be looking in.”