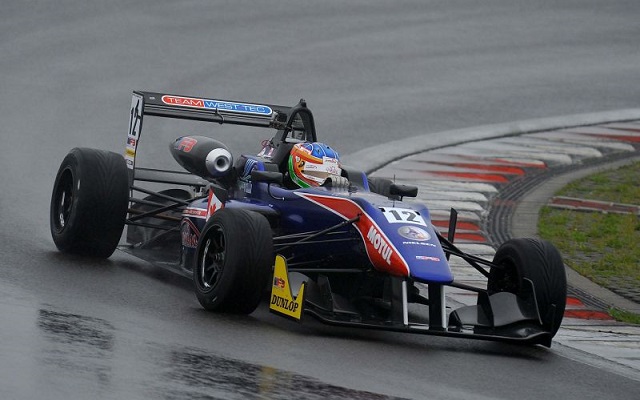 British squad Team West-Tec have formally announced their participation in the 2014 FIA F3 European championship, having secured a deal with engine supplier Mercedes.

West-Tec have a fair bit of experience in Formula Three, achieving numerous successes in F3 Open over recent years. In 2013, the team took Ed Jones to the championship title and narrowly lost out on first in the teams’ standings.

?We are absolutely delighted to be racing in the FIA F3 European Championship in 2014, and especially pleased to have a partnership with Mercedes-Benz”, commented team boss John Miller. “We have ordered new F314 chassis from Dallara and I am sure we will be able to fight at the front from the off ? especially with the driving talent we have been able to secure.

The team is set to field two cars in the championship. While their F3 Open champion Jones has been tipped for a Fortec seat in FIA F3, Autosport suggest West-Tec could run their other 2013 race winner – Canadian Nelson Mason.

?We have been very successful with the current-generation Dallara F3 chassis in the F3 Open”, added team co-owner Gavin Wills. “We feel sure that the knowledge gained there, where we won 11 from 18 races in 2013 to become Champions, will stand us in good stead in 2014 as we start this new and exciting challenge. The FIA Formula 3 European Championship is the leading junior category in international single-seater racing and is seen as a stepping stone to Formula 1.”