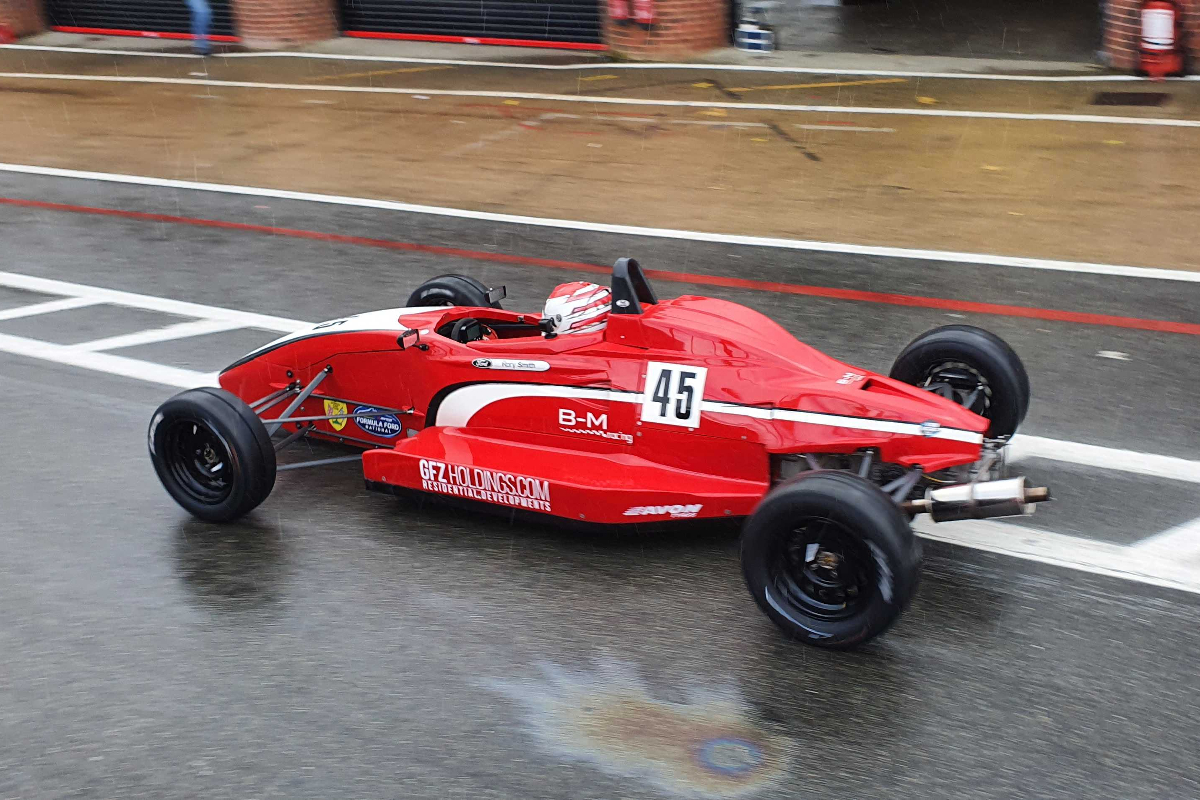 After the early morning deluge, conditions improved as the morning progressed and the times started to come down in the two 12-minute qualifying sessions.

It wasn’t long before one of the frontrunners hit trouble in Q3, as Souley Motorsport’s Ollie White ran wide at Graham Hill Bend.

He was able to recover, but as the session approached the halfway point Team Dolan’s Ben Cochran went off at Paddock Hill Bend and caused a red flag.

Not long after Q3 resumed, British GT clerk Peter Daly repeated Cochran’s off, albeit without the red flag, and was later seen chatting to marshals by the side of the circuit.

It was in the closing stages where Esterson came to the fore, initially setting the third fastest time before dipping below 1m02s with his penultimate effort, which was good enough for pole.

White was not able to edge Esterson with his final lap, and qualified second.

Kevin Mills Racing’s Michael Moyers hasn’t raced in 2021 but was rapid out of the box and was third quickest after running at the top early on. David McCullough and Jordan Dempsey rounded out the top five.

Despite his off, Cochran only dropped one position to ninth, and 10th was historic runner Ryan Campbell in a Reynard 89FF.

The conditions worsened as Q4 progressed, but reigning Festival winner Smith put in a real statement of intent by taking the top spot in the session before it got reall wet.

Prior to that, however, Shaun Macklin went off at Paddock Hill Bend and caused the first of two red flag stoppages.

He was chased by Niall Murray, with KMR’s Neil Maclennan the only non-Festival winner in the top five.

There was a second red flag, as racing debutant Daniel Malvyutov went off at Graham Hill Bend with four minutes to go. That essentially decided the qualifying order, as rain made it harder to go faster.

Smith and Murray were seen making front-end changes during the red flag, but like the rest of the field were unable to improve on their laptimes in the final three minutes.

Ivor McCullough was fourth ahead of 1992 winner Jan Magnussen, seven tenths off the pace in his first FF1600 qualifying in almost 30 years. He will share row three of the grid with W Series race-winner Megan Gilkes.