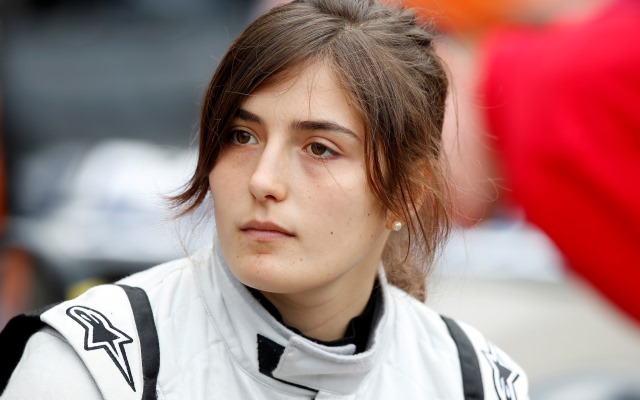 Tatiana Calderon?will race for Carlin in the FIA F3 European Championship this year.

The Colombian has secured the team’s sixth seat for her third season in the category.

After driving for Double R Racing in 2013, last year Calderon raced for Jo Zeller Racing in association with Mucke Motorsport, in a late deal following the collapse of the Signature-Renault project on the eve of the season.

She scored a best result of fifth place at Spa-Francorchamps and went on to score seven further points finishes as she took 15th in the final standings.

22 next month, Calderon was a podium finisher in the Star Mazda series in 2011 and competed in the European F3 Open in 2012 before stepping up to the FIA series.

?I?m extremely happy to be joining such a successful team as Carlin for the 2015 FIA F3 European Championship season, said Calderon, who tested for the team in Spain at the end if last year.

“I love the team?s working atmosphere and everyone?s determination to succeed; I?m sure together with the support from Volkswagen Motorsport we will achieve great things.

“I?m in a great position, surrounded by great people and I want to make the most of this opportunity.?

Trevor Carlin added: ?We?ve wanted Tatiana in the team for some time now and we?re delighted that everything came together this season to allow us to have Tatiana with us.

“She was very impressive in testing, and her determination and professionalism will really stand her in good stead for the season ahead. I?m expecting to see some good results from her from the outset.?